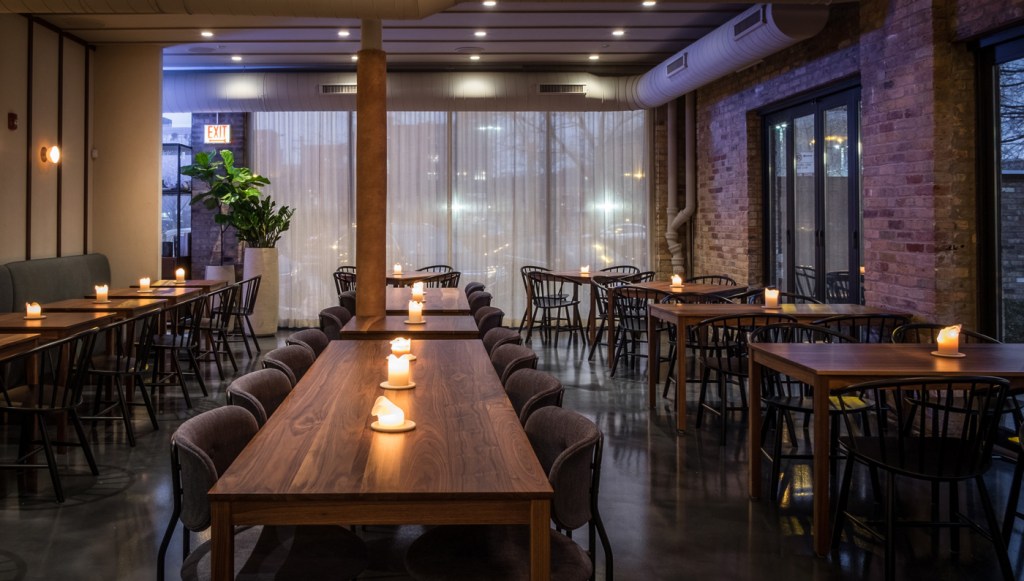 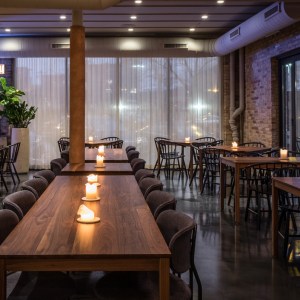 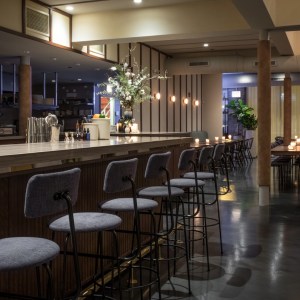 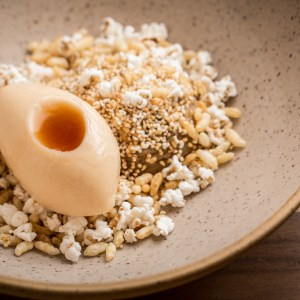 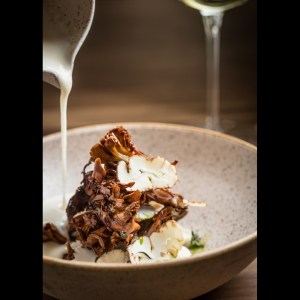 The historical architecture that wraps around the bustling Chicago neighborhood of West Loop has gifted its residents with an impeccable atmosphere dripping in old-world flavor. In recent years, such renowned restaurants as Curtis Duffy’s three-Michelin-starred Grace, Monteverde, Paul Kahan’s Blackbird, and Top Chef winner Stephanie Izard’s Girl & the Goat—to name but a few—created a culinary renaissance in West Loop when they made it their home. And in this distinguished district it’s not easy to make a splash, but the recently opened Elske is already creating waves with its fresh and innovative American cuisine with Danish flare.

Elske, meaning “love” in Danish, is helmed by a duo of exceptionally talented chefs. David Posey—former chef de cuisine at Blackbird—and his wife Anna—former executive pastry chef at the Publican—have combined their creative prowess to form a truly sublime menu that is packed with surprise and smoky heartiness, especially because some of the dishes are cooked over an open hearth. An eight-course tasting menu whisks you off into a world of robust flavors, such as the duck liver tart with buckwheat and salted ramps; confit bass with squash broth and shaved shiitakes; and grilled wagyu flatiron with rice cakes and turnips. If the tasting menu doesn’t strike your fancy, then the 10-course à la carte menu certainly will. With dishes such as tender whole roasted maitake mushroom with pear cream and chestnuts; an ingenious and refreshing take on soft scrambled eggs with confit chicken thigh and crispy grains; and celeriac “risotto” with hazelnuts and black truffle, Elske’s menu—along with its selection of impeccably paired wines—is a gastronomic work of artistry. And then there’s the trio of spectacular desserts; rye-bread porridge with quince sorbet and puffed cereals; coconut marshmallow sorbet with beet-hibiscus, meringue, and mochi; and a tart with black and white sesame creams that is finished with speculoos and chocolate.

One could argue that the decor is nearly as important as the menu, and at Elske, the ambience is a generous host to all who walk through its doors. Greeted by a winter blue restaurant sign, guests will pass through a welcoming outdoor patio complete with a striking fireplace that the Poseys had installed, plenty of seating, and even (if you look hard enough) a garden gnome in the bushes. The interior is dressed in warm earth tones, wood accents, and wallpaper that features sketches by Anna, as well as art from David’s brother, Mark Posey. Each dish is plated on rustic ceramic dinnerware provided by Chicago’s Little Fire Ceramics and Cincinnati’s CG Ceramics.

Elske opens at 6pm Wednesdays through Sundays and reservations are strongly recommended. The eight-course tasting menu is priced at $80, while prices for the à la carte menu range from $17 to $22, respectively. (elskerestaurant.com)