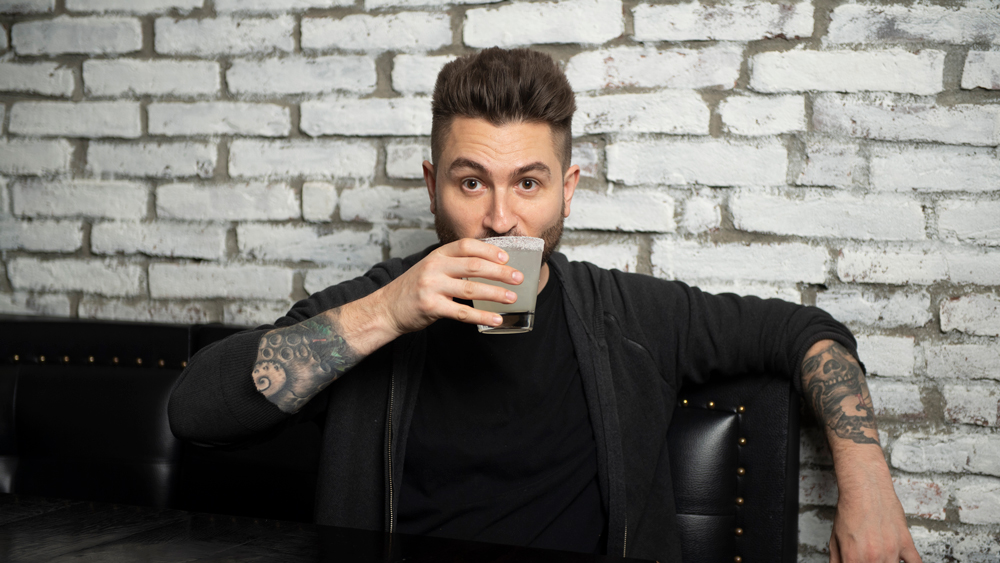 A decade ago, the punk pastry chef at Wylie Dufresne’s wd~50 made headlines by scrapping the pâte à choux and unexpectedly opening a Mexican spot. Today, chef Alex Stupak, who built the highly acclaimed restaurant group Empellón from that West Village taqueria, is raising eyebrows for something else—his restraint.

On Friday, Dec. 3, the restaurateur is opening the second installment of Empellón Taqueria, in Waterline Square, a residential area near Columbus Circle. Like its counterpart in the West Village, the new location will be a neighborhood eatery, serving seasonal variations on guacamole, tacos, quesadillas and margs.

While the two spaces look drastically different—the downtown location is dark and cramped; the uptown location is bright and airy, with glass walls and sidewalk seating—they have the same menu. You’ll be able to order the fried shishito peppers queso fundido, the quail egg sopes and the Hamachi tartare with lime sticky rice, in whichever neighborhood you’re sitting.

Stupak is adamant: They are the same restaurant.

“Really this is a 2.0 version,” he says. “And I hope to have a 3.0 version, but it’s not about it becoming a different thing. It’s not about radicalization. This is a brand, and at the end of the day, a brand is a promise. A promise means there’s expectation. If you went to Empellón Taqueria in the West Village and love the fish tacos, and you came to Empellón Taqueria at Waterline Square and I didn’t have the fish tacos, just from a consumer standpoint, how would you feel about?”

Brands, consumer standpoints and anti-radicalization are not how Stupak used to think about things. But nowadays he’s every bit of an established restaurateur as he is a measured—yet admittedly, still very anxious—chef. He sees the value of consistency. He is acutely aware of what real estate and neighborhoods demand of a space. Empellón Taqueria works at Waterline Square.

“Ten years ago, I was pure egocentric chef,” he says. “It was me, my idea, what I want to do and whatever space I find, I’m going to stuff that into there. Now I think about it in a much more complicated and nuanced way.”

Stupak came up through the kitchen when molecular gastronomy was hot. He served as the pastry chef at Ken Oringer’s Clio in Boston, Grant Achatz’s Alinea in Chicago and Dufresne’s wd~50 in New York. But when he was ready to set out on his own, he declared Mexican cuisine his specialty. To him, Mexican food in the US was stuck in a rigid framework and expected to be frozen in a particular time and place. On the West Coast, chefs like Ray Garcia, Carlos Salgado and Claudette Zepeda were finding the same resistance from diners who had a codified notion of Mexican food they didn’t want to deviate from. “We’re more than just tacos, burritos and chips and salsa,” Claudette Zepeda told Robb Report when she ran the now-closed El Jardin in San Diego.

“Empellón 10 years ago was an extremely rebellious brand and that’s why I did it. It’s the same reason why I became a pastry chef,” he says.

He opened Empellón Taqueria in the West Village in 2011 and then followed that up with five more Empellón concepts. He currently operates four: the flagship Empellón in Midtown, where Stupak’s background in fine dining is on full display; Empellón Al Pastor, a casual bar in the East Village; and Empellón Taqueria in the West Village and now, the Upper West Side. (Empellón Cocina in the East Village is permanently closed and a second Empellón Al Pastor, in Murray Hill, is currently mothballed, awaiting a post-pandemic reopening.)

In 2013, Food & Wine named Stupak a “Best New Chef” and in 2015, he published his James Beard Award-nominated book, Tacos: Recipes and Provocations. He even struck a deal with Goldbelly to have Empellón’s short rib pastrami tacos, chips, salsas and more delivered nationwide.

Now 41, Stupak has some perspective.

“In the beginning, it was like, I am Empellón. Empellón is me,” he says. “But for a host of reasons, over time you separate it from yourself. Empellón is a separate entity from me. I can begin to look at it and judge it objectively. I created it and I control it and I edit it.

“The next evolution of that is when other people identify with Empellón. Not with you, your brand.”

He says he’s now able to execute more creative ideas more successfully than he ever was before, and he’s creative outside of the kitchen as well. He communicates, he directs, he edits.

“Again, 10 years ago, if I had an idea, it was well, let’s do it. I just woke up and put it on the menu. If I didn’t like something that was a No. 1 seller, I would just take it off the menu. I didn’t care. I just didn’t care,” he says. “And that statement might sound like that’s the more creative and free one, but it’s actually not. Because you can have the greatest idea in the world, but if it’s not framed appropriately for the restaurant that you’re doing at the time, it’s just going to rot in your refrigerator.”

Today when he has an idea, he considers where it could fit. It could live in one of his existing restaurants, it could snowball into a new Empellón concept, or it could grow into a restaurant entirely unrelated to Empellón. He’s open to it all.

A dad of two, he compares restaurants to infants who don’t really develop their personalities until age 2. And if you aren’t a hands-on parent, a hands-on restaurateur, they can get very out of control very quickly. He’s not ready for the commitment that’s required of an out-of-Manhattan restaurant just yet; these days, the best part of his morning is walking his 6-year-old son to school in Brooklyn and talking with him about Pokémon. But he aspires to have one eventually.

At Empellón in Midtown he has flexed his fine dining muscles with dishes like this, which isn’t actually an avocado.  Photo: courtesy Evan Sung/Empellón

“Ten years later, Empellón Taqueria in the West Village is still chugging along and making people happy,” he says. “And now on Friday, we’re about to open a new one. It’s the same size in the same city, in a new location. And my hope is that it will make people happy. And if it does, then that encourages me to see if I can do it one more time in Manhattan, but bigger.

“And if I can, and it still does what I want it to do and what the customers want it to do, well then yeah, I think we should take it out of New York City. And even then, let’s be humble. Where do we go first? Probably Miami. And then if that works, wow, high five. Then maybe we’ll start looking at Vegas and London and blah, blah, blah. I just don’t want to lose ground, you know?”

As deliberate and mature as Stupak’s moves appear nowadays, it’d be a mistake to write off his identity as a provocateur.

“Ten years ago, they said, ‘Woah, the pastry chef at wd~50 is doing tacos. That’s crazy!’ Now, Empellón is working. I’m opening a new one and they’re like, ‘Yeah, cool. Can’t wait to go. Nice,’” he says. “So, I need to figure out new ways to put blood into the water.”