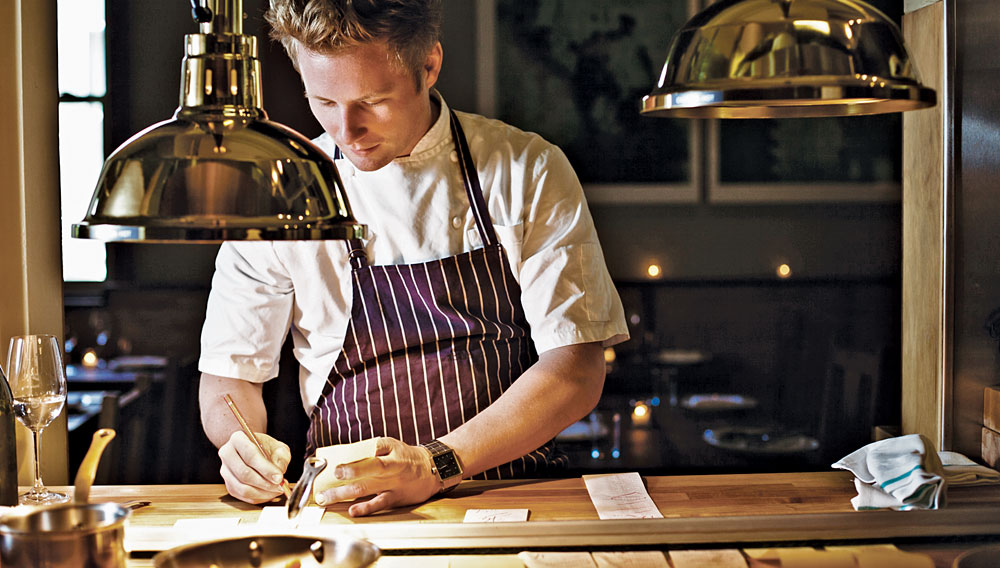 In March, Oliver Quinn treated his bride-to-be to an evening on the town in San Francisco. The occasion, however, was not one of the couple’s usual outings. Quinn had purchased a pasta-making class with chef Thomas McNaughton, of the restaurant Flour and Water, through IfOnly, a members-only website offering one-of-a-kind experiences that McNaughton’s friend Trevor Traina had launched that month. McNaughton shared his expertise with the couple before serving them a 10-course tasting menu and sending them off with a souvenir basket of goodies. Though McNaughton has offered classes for years, that March session was his first for IfOnly. “Normally a class is 12 to 14 people,” he says, “but when I teach for IfOnly, it’s one-on-one, and it’s guaranteed to be with me. It’s much more intimate.”

“We want to create delight,” says Traina, IfOnly’s founder and CEO (who is also this month’s Robb Reader—see page 134). “That’s what we strive for. At the end of the day, there are plenty of places to buy things. But there’s no emporium for experiences.”

IfOnly’s members are not the only ones whose lives are enriched by their adventures: A portion of the site’s fees goes to a host of participating 501(c)(3) charities. A percentage of what Quinn paid, for instance, benefitted the San Francisco and Marin Food Banks, an organization McNaughton supports. In fact, says Traina, since the site’s debut, about 600 packages have sold, donating significantly more than half a million dollars to charities.

IfOnly’s initial offerings emphasized food-related packages for a simple reason: “Everyone eats,” Traina says. The service’s biggest hit to date was a $100 limited-edition Valentine’s Day chocolate box benefiting Share Our Strength, to which 10 Michelin-starred chefs—including Thomas Keller, Gary Danko, and Michael Mina—each contributed a piece of candy. Currently, IfOnly also offers packages based around golf, tennis, wine, spirits, and the Napa Valley; future plans call for art, fashion, and additional sports sections, as well as more destination-based experiences in places such as Aspen, Colo., Miami, and the South of France. Bespoke packages are available as well. Traina estimates that about 20 percent of IfOnly’s clients ask to have something created just for them.

IfOnly has pleasantly surprised its creator in two ways. “People are willing to spend more than I would have thought,” Traina says. “We have sold $10,000, $15,000, and $20,000 experiences, no problem. The other thing we’ve learned is the luminaries have enjoyed the interactions more than we would have expected. The people who purchase the experiences are accomplished, with their own stories to tell. It bodes well for the success of the store.”