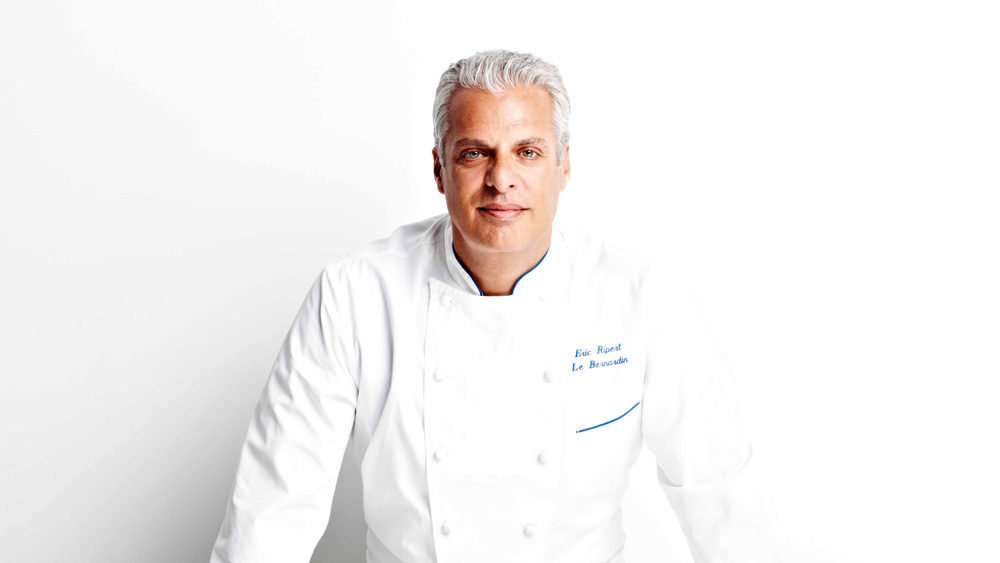 Eric Ripert wasn’t totally sure what to expect, but he was anticipating a difficult day. On September 30, when New York restaurants could finally reopen for indoor dining, he would lead the city’s lone Michelin three-star establishment to return that night.

With a veteran team joining him—about one-third the size of his pre-pandemic staffing levels—and a government-mandated reduction to 25 percent capacity, the first service unfolded more smoothly than he expected. And though he says the energy in the room was good and he could see diners were happy to return, the last week has brought back memories from nearly two decades prior.

“It reminds me of the dynamic of what we saw after 9/11 when New York was affected both emotionally and economically from the catastrophe, and the clients came to the rescue of the restaurant,” Ripert tells Robb Report. “A lot of people were coming to the restaurant that didn’t really want to celebrate anything because we were obviously traumatized by the experience. But they were coming and spending a lot of money just to support us. And I feel the same way right now—it’s a lot of solidarity.”

It took the generosity of longtime diners to help Le Bernardin to survive the shutdown and a week into reopening, they’re continuing to chip in. But even for a restaurant as world-renowned as Le Bernardin to continue on, its road ahead remains rocky.

Unlike other Michelin-starred restaurants, such as Alinea, that pivoted to takeout or outdoor dining, Le Bernardin remained closed since March 13. “I don’t think our experience can be formulated into a takeout experience,” Ripert says. “I don’t see the carpaccio of tuna with foie gras traveling to your house and being served in the right conditions.”

The restaurant had some help along the way to stay afloat while it was closed. “To support to team, we raised money from some powerful clients,” Ripert says. At first, Le Bernardin launched a GoFundMe that brought in $237,262, including a pair of $25,000 contributions. After that, a donor who wished to remain anonymous gave $250,000 to the restaurant to distribute to employees. Additionally, a handful of employees remained on salary and eventually the restaurant partnered with José Andrés’s World Central Kitchen to cook meals for New Yorkers in need.

As far as rent went, Ripert says his landlord was extremely helpful and vital to allowing Le Bernardin to reopen again, though the chef couldn’t disclose the terms of negotiations. And of course, there was the Paycheck Protection Program.

“It was not necessarily helpful for the industry in the beginning,” Ripert says. Through conversations with his peers, including Jean-Georges Vongerichten, Thomas Keller and Daniel Boulud, they tried to make sense of PPP from how to apply for these government-backed loans to figuring out what would be forgiven. “It was confusing for a lot of people,” he says, but Ripert believes the program was ultimately helpful after the chaos subsided. According to data released by the Small Business Administration, Le Bernardin received up to $5 million from PPP.

The conversations with his peers extended beyond finances. They also discussed safety protocols and additional measures they would take above the government requirements of temperature checks, spacing tables and contact tracing.

Ripert and his team set a plan of attack for the event of indoor dining’s return in New York. He turned to the company Scientific Fire Prevention for the technology to make the restaurant more safe. A week before reopening, the company installed the Needlepoint Bipolar Ionization system in both the dining room and kitchen that’s akin to the air purification technology hospitals use. “It’s pretty easy to install, it takes about one full day to install in your existing heating and air conditioning system,” Ripert says.

FOLLOW ME TO THE “CATWALK” !! (Inside the ceiling of @lebernardinny )…where we Installed @scientific_fire ‘s Needlepoint BiPolar Ionization system (tested & proven effective in independent laboratory tests against COVID-19 virus particles)… & Part of our Precautionary measures to ENSURE THE SAFETY OF OUR GUESTS & TEAM. . . You can see our full list of safety measures at: https://www.le-bernardin.com/reservations/hours-and-information (link in bio 👆🏼)

It’s an investment that’s afforded peace of mind so far. “The fact we installed the machinery has reassured the clients,” Ripert says. “Nobody seems to be apprehensive about their safety.” And while other restaurateurs and their staff have expressed concern about diners not following safety protocols themselves, he says he’s seen adherence from his guests. “I think with how New York was affected by the virus, we understand discipline is necessary, so nobody has complained about it—either clients or employees.”

Despite the positive first week back, the challenges are still stark. For a place that’s a Midtown power lunch destination, the empty office buildings surrounding Le Bernardin kneecaps a major revenue stream. The restaurant’s building alone had 6,000 workers a day before the pandemic and right now only has 300. And it can’t make up the difference at dinner with occupancy restrictions.

“At 25 percent you lose money, that’s a fact, and the idea is to lose as little money as you can,” Ripert says. “We are impatient to get back to 50 percent, because that would help us tremendously.” Between the lounge, the main dining room and the private dining upstairs, the restaurant hosted nearly 300 people a night—that number is now closer to 100. The profitability is compromised even more than that. “In fine dining, margins are extremely slim and sometimes you don’t even make a profit in the main dining room and basically the private events are supporting what you create downstairs,” Ripert says. “Right now, there are no private events and no lunch to rely on.”

The people who have dined so far have done their part. To Ripert’s surprise, nearly 80 percent of them are buying the restaurant’s more expensive offering: the tasting menu with wine pairing for $395. “People want to have a luxurious, Le Bernardin experience and they want to maximize it,” Ripert says. “They’re doing it to be happy—to indulge—but they also want to support us.”