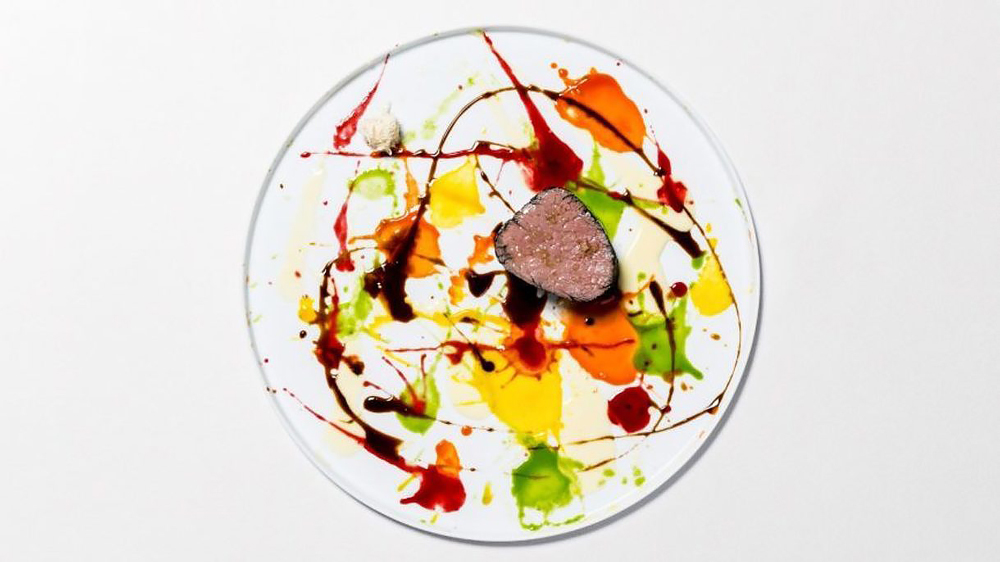 Most of our holiday dining memories are formed around a table with loads of family. But let’s be honest: for all of the soft-glow, cheery memories, there’s always another one of a Christmas blowup. So take control of your December this year and forge some new winter culinary memories with meals from some of the best chefs in the United States.

Once Upon a Kitchen

Get your month of culinary adventure started off on the right foot with a multicourse meal prepared by four of the country’s top chefs. At Gotham Hall in New York, Massimo Bottura, Joan Roca, and Mauro Colagreco will create a memorable meal consisting of signature dishes from their restaurants—a pretty impressive lineup considering their restaurants are ranked No. 1, 2, and 3 on the 50 Best Restaurants List of 2018, respectively. Dessert will be prepared by chef Christina Tosi, the two-time James Beard award winner who runs Milk Bar, will create a unique sweet treat just for the event.

Seating options come in three tiers ($1,500 to $5,000), silver, gold, and platinum—with higher ranking tiers netting you better seating positions and extras like a meet and greet with the chefs. Proceeds from the event benefit God’s Love We Deliver, which provides meals to those unable to shop or cook for themselves.

The Rotunda at the Restaurant at Meadowood Restaurant, Napa Valley  Photo: courtesy Meadowood

For the 10th season of Meadowood’s annual food fest, celebrated chefs from around the globe like Ana Ros and Dave Pynt will join Stateside greats like Michael Tusk and Jessica Largey. It’s all led by Meadowood and The Charter Oak’s Christopher Kostow, the third-youngest chef to ever earn a third Michelin star. Each of the visiting chefs will team up with Kostow to cook with products from Napa Valley for an outstanding multicourse meal.

For $350 per person, you can reserve a seat in the main dining room, or for $750, seats are available at the chef’s counter inside the kitchen—but those are selling fast. This year’s Twelve Days of Christmas will benefit St. Helena Preschool for All. Each of the participating chefs will have $2,000 donated in their name, and 10 percent of ticket sales will help fund scholarships for young kids.

To celebrate the decade anniversary of his signature the Bazaar restaurant at the SLS Beverly Hills, the Spanish chef—who trained under Ferran Adrià at the famed elBulli—will bring together the teams from all four of his the Bazaar locations around the country to create a menu with unique dishes inspired by each of the eateries. For instance, Bazaar South Beach will be making Cubano sandwiches and Bazaar Meat will offer Wagyu Ishiyaki.

The event will employ a strolling format, allowing you to try a little bit of everything. Prices start at $125 for general admission, but there are also VIP tickets that include unlimited champagne and wine.

Fondue at EMP Winter House in Aspen  Photo: Gary He

Following up on their successful EMP Summer House pop-up, the duo of chef Daniel Humm of Eleven Madison Park and restauranteur Will Guidara are now debuting EMP Winter House in Aspen, Colo. The event will be hosted at Chefs Club at the St. Regis Aspen Resort. Surprising for a wintertime restaurant, seating at the pop-up will be available both indoors and outdoors. But don’t worry, frostbite isn’t on the menu; the outside guests will dine in one of 10 custom-designed yurts. The à la carte menu—inspired by Humm’s experience living in Switaerland during his youth—includes items like smoked trout toast, veal schnitzel, and fondue; pair that with a wine list featuring over 250 options, and you have the recipe for a unique culinary experience.

The catch? Only American Express card members may make reservations for the EMP Winter House prior to February. If that describes you, though, you can reserve an indoor or outdoor spot starting November 15 with a $50 deposit that will be applied to the meal. After the New Year, reservations will be opened to the general public for dinners starting February 1.

New Year’s Eve at the Grill

Finish out the month with an indulgent New Year’s Eve meal at the Grill—one of the spots we picked as one of America’s best new restaurants—and the Pool, both housed at the Seagram Building in Manhattan. The decadent menu covers all the sorts of treats you’ll want to fit in before your new health regimen kicks in on the 1st, including oysters, caviar, filet mignon, white truffles, and dover sole. Live music from Cuban artist Chino Pons will greet diners in the Pool Lounge, where they can relax before or after the dinner.

Parties ranging from one person to 14 can make reservations online, and there will be two seatings: one beginning at 6:30 pm and one at 9:15. The price for the first seating is $195 per person, while the later seating costs $295.