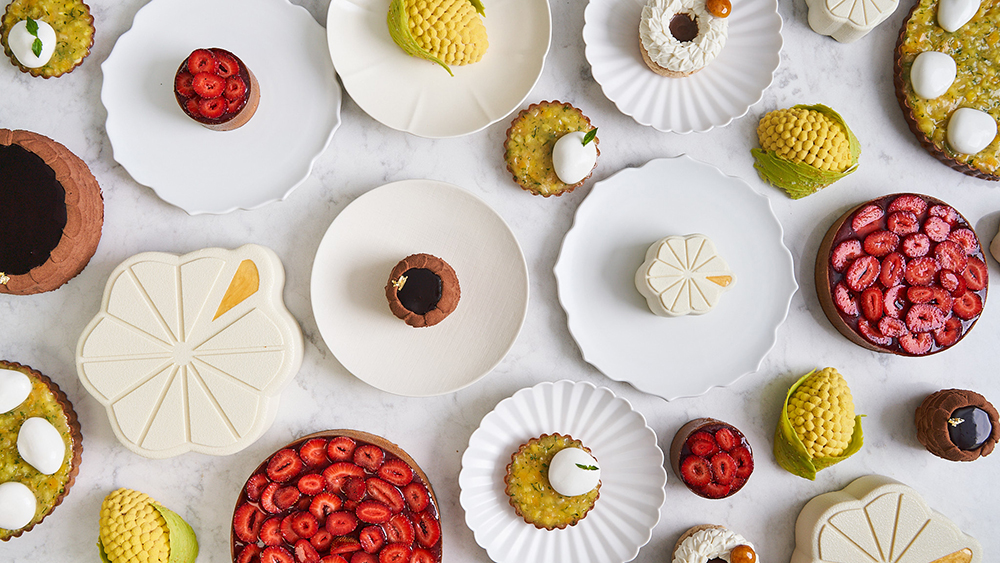 New York City isn’t always the most hospitable place to live. The pastry chef Eunji Lee is hoping that her new “pastry art gallery,” as she calls it, can be a bit of a respite from the madness, though.

Lysée opened earlier this week in the Flatiron District, and it’s already selling out of some of its standout items daily. The patisserie is an homage to Lee’s background, melding together the three distinct aspects of her identity: The desserts combine Korean ingredients, French techniques and skills, and New York flavor to absolutely delicious effect.

“I want the people to enjoy our desserts for the taste but also visually, the look,” Lee told Robb Report. “We want people to get our special and unique experience, from the culture to the pastry.”

The pastries themselves are quite something—to both taste and behold. Lee called out the shop’s signature Lysée as well as an item referred to simply as “Corn.” The Lysée combines Korean toasted brown rice mousse, pecan praline and sablé and brown rice caramel in a custom mold that mimics the store’s logo. “Corn,” meanwhile, looks like a literal ear of corn, with corn sablé, corn cremeux, corn mousse and grilled corn cream exemplifying all the different ways in which the vegetable can be prepared. Lee said that piping all the corn can take three to four hours, so there’s “a lot of love and hard work inside.”

The shop also carries some more typical treats, such as kouign-amann and strawberry tarts, but even those continue the artistry on display with the more unique offerings. There’s also a few house drinks, including a latté made with Lysée’s signature milk, which again features toasted brown rice.

Lee, who has a Michelin-star pedigree, had wanted to open her own pastry shop since she was a teen. After working in the pastry kitchens at some of the biggest restaurants around the world, including Paris’s Le Meurice and New York’s two-star Jungsik, she finally decided to branch out on her own.

Throughout her life, she said, whenever she’s been stressed or going through a hard time, pastries have always brought her a little moment of sweetness. Now she’s hoping that she can be the one to bring that feeling to everyone else.

“With my desserts, with our desserts at Lysée, maybe they can forget some hard moment for five minutes or 10 minutes,” she said. “That makes me grateful and happy to be a pastry chef, to bring those sweet happiness moments to people. And I will keep trying for that.”

Click here to see all the photos of Lysée.