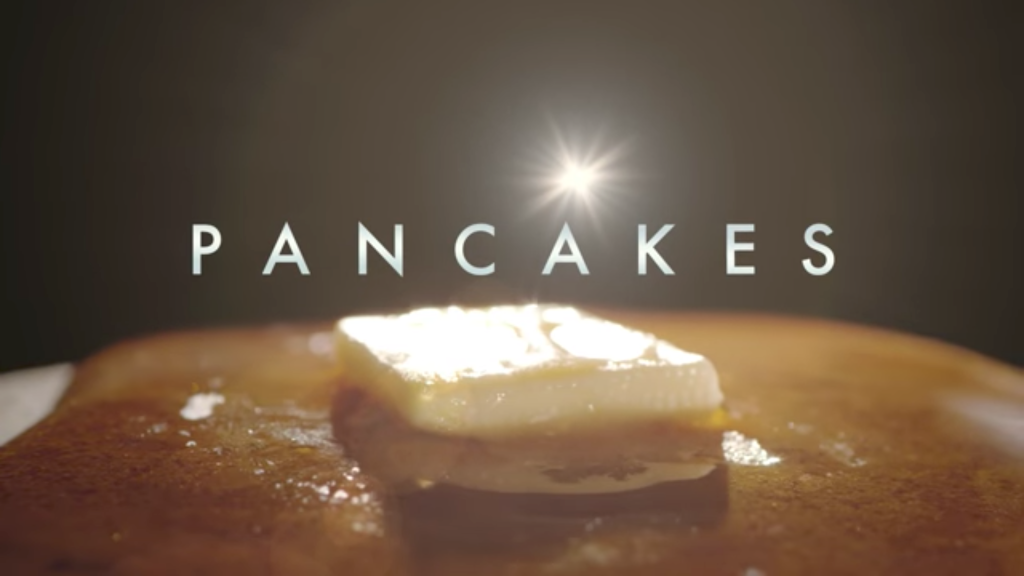 The new series #Foodfilms, however, does not suffer from a lack of ingenuity. David Ma—who previously made a parody of the Chef’s Table series with Foodbeast’s Jeff’s Table—has reimagined those clips as if famous directors were the brains behind them. So instead of the banal overhead shot of a pan on a hot plate, it channels Alfonso Cuarón of Gravity fame to present sumptuous pancakes made in weightlessness, with ingredients floating toward each other and colliding in orbit, all set to a delicate score.

Wes Anderson’s take on s’mores draws from The Grand Budapest Hotel, bringing graham crackers, chocolate, and marshmallows together in the most twee way possible. Michael Bay’s waffles are the product of explosions, nonsensical high-tech sounds, and dramatic lighting in the style of the mega-director’s Transformers franchise. And spaghetti and meatballs get the Quentin Tarantino treatment, replete with the grindhouse gore of the Kill Bill volumes.

We would have embraced the whole Facebook food-video trend much more enthusiastically if this much thought had been put into them in the first place.