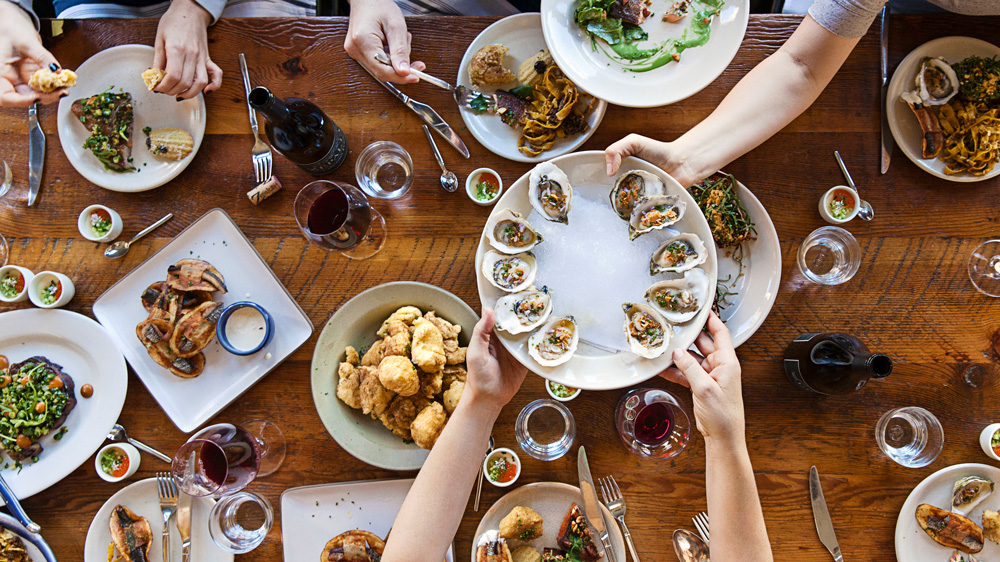 While we’re usually pointing you to the best places to go and let someone else cook for you, we know that cooking a delicious meal at home can be fun and satisfying too. It’s so easy to get stuck in a rut though, constantly coming back to the few dishes you’ve mastered. Some of our favorite chefs are here to help. This fall will bring a new wave of cookbooks that will give you some inspiration to improve your home cooking. One of the world’s best restaurants will teach you the building blocks of great ingredients, a great Philly shelf will help you master pizza, and a loveable lummox will teach you the rustic cooking he learned growing up and working in the Great White North.

A Very Serious Cookbook
Fabian Von Hauske and Jeremiah Stone
From the duo whom we declared to be two of the best young chefs in America comes their debut cookbook. On New York’s Lower East Side Von Hauske and Stone have built a burgeoning empire, starting with their Michelin-starred tasting menu restaurant Contra, expanding to the wine bar everyone loves Wildair, and now partnering with Anthony Mangieri to create the new Una Pizza Napoletana. The book is a playful look at their food, which has a minimalistic aesthetic that belies the craft and thought behind their delicious dishes from their pommes darphin with uni to their lavender ice cream with strawberries.

Noma Guide to Fermentation
Rene Redzepi and David Zilber
“Without fermentation, there is no Noma,” Redzepi and Zilber (the head of Noma’s fermentation lab) write in their upcoming book. What started as the desire to have more ingredients to use in his cooking became an obsession for Redzepi. Eventually, he would build a team that would just experiment with fermenting fruits, making vinegars, developing misos, and more. In the Noma Guide to Fermentation, they reveal their findings. This is different from your traditional cookbook where you learn how to make finished dishes, instead they’re giving you a new way to create the building blocks of great dishes that will really set your cooking apart.

Rich Table
Sarah and Evan Rich
Meeting while both working in the kitchen at Bouley in New York, Sarah and Evan fled the Big Apple rat race to head west in 2008. Eventually they landed in San Francisco, each finding work in different restaurants before opening Rich Table a half decade ago. Despite their fine dining backgrounds, their restaurant sought to be more casual, yet still creative. Last year they picked up a Michelin star for their “dressed-up everyday food,” that includes porcini doughnuts with raclette dipping sauce, bucatini with puntarella and chicken kin, and sprouted quinoa cakes with summer squash and chevre. Since getting a reservation at Rich Table can be so tough, perhaps buying the book will be the easiest way to enjoy the couple’s food.

Mastering Pizza
Marc Vetri
When Vetri says he wants to help you master making pizza, he means it. For instance, there isn’t just a single pizza dough recipe, but nine. Vetri’s dissection of those differences between the fluffy crusts and the thin chewy ones will help you make exactly the pizza you want. Those little details matter to the James Beard Award-winning chef who has become a master of Italian cuisine in Philadelphia. His book will help you master different styles, as well as flavor combinations of pizza.

Bestia: Italian Recipes Created in the Heart of L.A.
Ori Menashe and Genevieve Gergis
The husband-and-wife team behind two of LA’s best restaurants—Bestia and Bavel—reveal the dishes that made their debut Italian restaurant such a hit. With Menashe handling the savory side he shows the pastas, pizzas, appetizers, and grilled dishes that are so bold and flavorful that jaded Angelenos were willing to get in their cars and venture to a part of Downtown LA most had probably never visited before. Gergis handles the desserts, and though she started at Bestia with no formal training, she was expert at crafting craveable creations like her chocolate budino tart or rhubarb-raspberry crostata.

Matty Matheson: A Cookbook
Matty Matheson
The host of Viceland’s cooking show It’s Suppertime lives life to the fullest. At one point, too full, he’ll admit, having heart attack at just 29 years old. Now Matheson is clean and sober, but still passionate about food. In his new cookbook the charismatic chef tells the story of growing up in Eastern Canada, then cooking at restaurants in Toronto. The first half of the book is devoted to classic seafood dishes like you’d find on Prince Edward Island, while the second half is rooted in classic French bistro fare he cooked in his early jobs, and the gastropub fare he’d later serve at Parts & Labour like Vietnamese steak tartare and buffalo sweetbread sliders.