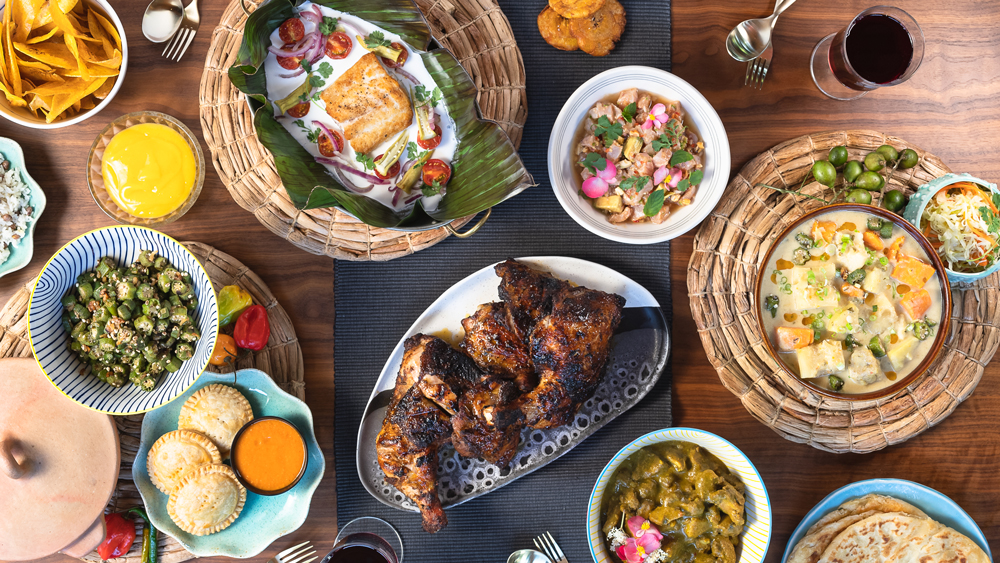 After a flurry of activity this past summer as many pandemic-delayed restaurants finally got to open their doors, fall looks to be a little quieter on the restaurant-opening front. The slowdown is understandable, especially as the Delta variant has put a bit of a crimp on the industry’s roaring return. However, there are still some great new restaurants expected to launch throughout the end of the year. There will be chefs expanding their respective footprints, others making triumphant returns and some going out on their own for the first time. From Sonoma to Boston, here are the openings we’re most excited about this fall.

After leading Seattle’s legendary Canlis for six years and picking up a James Beard Award for Best Chef: Northwest along the way, Brady Williams is going out on his own. In a gritty stretch of unincorporated King County called White Center, Williams will set up shop 10 miles away from Canlis, but a world apart from the picturesque locale of his old employer. The 28-seat restaurant is named after his grandmother Tomoko and will feature $68 tasting menus at dinner and an a la carte menu for weekend lunch. Williams’ food will draw upon the Japanese heritage on his mother’s side and feature dishes like sungold tomato with cherry and verbena; spot prawn with ennis hazelnut and honey; and the option to add a Hokkaido uni pizza.

James Beard Award-winning chef Karen Akunowicz is following up her hit Modenese restaurant Fox & the Knife by looking toward the southern part of Italy instead of the north. At Bar Volpe she’s creating a restaurant and pasta shop with dishes from Puglia, Naples, Sicily and more. The casual spot will feature wood-fired seafood dishes, Sardinian paella, handmade pastas and an Italian-inspired cocktail list.

Corey Lee, of Michelin three-star Benu, will soon debut the dine-in version of San Ho Won, which got its start serving takeout during the pandemic. Jeong In Hwang will lead the day-to-day as the restaurant’s chef de cuisine and partner. The duo are putting their spin on classic Korean dishes and flavors, like their kimchi jjigae pozole that nods to the Mexican roots of the Mission, where the restaurant is located. Expect to see plenty of charcoal-grilled dishes being executed in the restaurant’s open kitchen. Lee’s new spot is slated to open in October.

The dynamic chef duo of Tavel Bristol-Joseph and Kevin Fink have had some series hits in Austin the last few years with Emmer & Rye and Hestia (which was our Restaurant of the Year in 2020). For their hospitality group’s next restaurant, Bristol-Joseph will take the reins to explore his roots at the Caribbean-inspired Canje. The chef grew up in Guyana before moving to the US after high school, and at Canje he’ll serve dishes like red snapper with pickled okra, cherry tomatoes, red onion, coconut and cilantro; jerk chicken; and handmade roti.

The grand doyenne of California farm-to-table cuisine is going Hollywood, baby. Well, to be more exact, her first LA restaurant will be on the city’s Westside, by UCLA. For her first new restaurant in decades, the chef behind Chez Panisse will open inside the Hammer Museum. Details are still sparse on the project, but expect more of the ingredient-driven fare that has turned Chez Panisse into a beacon for American gastronomy these past 50 years.

Chef Chintan Pandya and restaurateur Roni Mazumdar’s original Masalawala on the Lower East Side closed after they decided to not renew their lease. However, they’re creating a new incarnation of the restaurant that will serve dishes from Kolkata, India, along with a market for spices and other specialty items. The new restaurant comes on the heels of the duo’s success with Dhamaka, where they’re serving up one of New York’s most coveted and elusive dishes.

Legendary chef Sean Brock left Husk and McCrady’s and relocated to Nashville to pursue a new project. At Husk, Brock created one of the most influential restaurants of the last 30 years, becoming a leading chef and scholar of Southern cooking. With Audrey, he’ll turn his eye more toward Appalachian cuisine. Later this month he’ll partner with Chris Kostow to host the latest stop on The Restaurant at Meadowood’s North American tour, then the restaurant should open fully to the public in October.

Last year, Evan Funke ventured out of his temple of handmade pasta in Venice, Felix, to open the limited-run restaurant Fingers Crossed. There he served Roman-inspired pizza and Eternal City pasta staples like carbonara and cacio e pepe. At Mother Wolf, he’s returning to Rome for inspiration, but opening inside the Citizen News building in Hollywood. Funke hasn’t divulged a menu yet, but think pizza, pasta and an Italian wine cellar.

Michelin three-star SingleThread’s Kyle and Katina Connaughton are getting a little more casual with their new Sonoma restaurant. Little Saint will serve an a la carte, meat-free menu inside a Ken Fulk-designed space. Like with SingleThread, they’ll be inspired by the produce of the region that’s supplied by their own farm. The Connaughton’s restaurant, café and wine shop will anchor the 10,000-square-foot space, while the building will also host concerts, film screenings and community events.

The chef behind the beloved Nolita restaurant Estela is venturing up to Midtown. Michelin-starred chef Ignacio Mattos is hoping to breathe life into Rockefeller Center and lure in tourists and office workers as they slowly trickle back to the towers surrounding his new restaurant Lodi. The all-day café, bakery and bar will be a stone’s throw from where the Today Show films each day, with a menu focused on Italian aperitivo culture.

He’s back, folks. But really, Lincoln Carson didn’t spend that much time away from LA. After the pandemic-induced closure of his acclaimed Arts District restaurant Bon Temps, the pastry chef, who pivoted to tackle savory, ventured north to Santa Barbara wine country to open the delightful Vaquero Bar and Coast Range with his friends in Solvang. Now he’s opening a restaurant in Hollywood (right near Evan Funke’s Mother Wolf), where he’ll use local ingredients to put a California twist on French classics.

The Michelin-starred chef behind Masseria and Officina, Nicholas Stefanelli, will draw on his Greek heritage when he opens Philotimo. The pandemic caused construction delays, pushing the restaurant more than a year past its original August 2020 opening date. But when it does arrive this October, the chef known for Italian fare wants to show denizens of the nation’s capital a side of Greek cuisine beyond feta, with dishes from different regions of the country.

Katianna and John Hong have relocated south to LA from the Bay Area to create a new restaurant that’s a little more casual than their fine dining background. Both worked at Michelin three-star Meadowood, with Katianna leading the kitchen as chef de cuisine before becoming the chef at the Charter Oak. The restaurant and marketplace in Downtown LA takes the place of Bon Temps—which shuttered under the financial strain of the pandemic—and will feature Korean fare that’s also influenced by the Jewish delis Katianna remembers from her youth.

This Upper East Side spot tucked inside the institution that is the Carlyle Hotel will channel a throwback 1940s New York vibe. The executive chef Sylvain Delpique—formerly of another old school New York classic, the 21 Club—is resurrecting some luxe dishes of yesteryear, like a steak Diane set ablaze tableside.