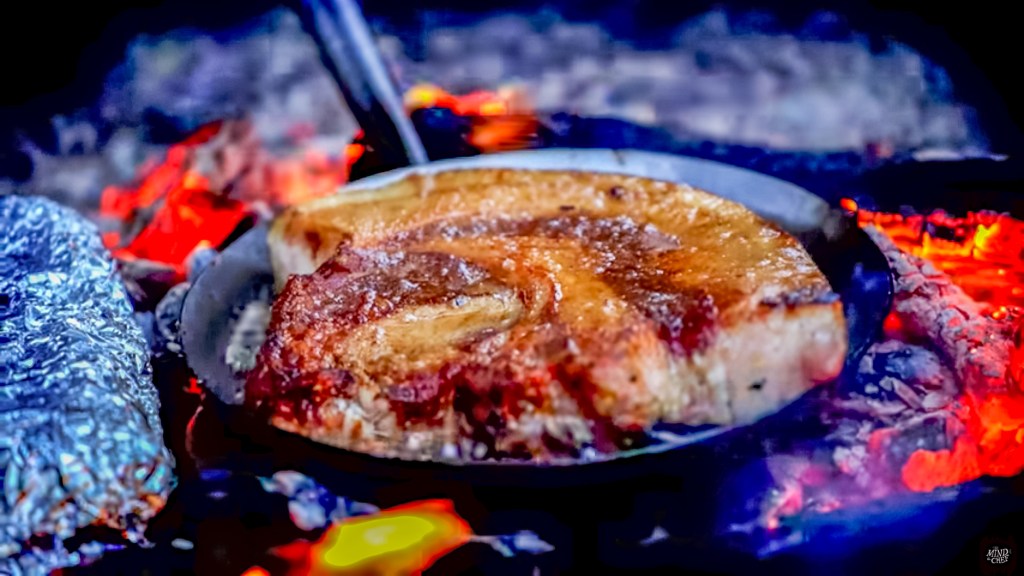 Rene Redzepi and Noma have led a New Nordic dining revolution, turning the eyes and stomachs of the world to Scandinavia in search of groundbreaking cooking. The added attention to the region has allowed other chefs to earn deserving accolades too. Among them is Noma alum Christian Puglisi, who has built a mini-empire in Copenhagen, anchored by his Michelin-starred Relae. Another is Magnus Nilsson, who up in the remote northern reaches of Sweden he has created one of the world’s great dining destinations, the Michelin two-star Fäviken.

Though Fäviken is located on a century-old hunting lodge in Järpen, Nilsson’s kitchen is an exacting place for artful food. But he regularly likes to connect with nature by cooking over a live fire in the woods. When Nilsson was the subject of a recent Mind of a Chef season, he and Puglisi embarked into the Swedish wilderness too cook in a much more elemental way than either of them do day-to-day in their respective restaurants.

“With this style of cooking you’ll never have the same level of precision and you never aim for the same precision that you have in a restaurant either,” Nilsson says. And that’s an important point to them, because restaurant-style cooking shouldn’t always be the aim when making food. “Precision and perfection are not something you can have in your life all the time. It gets really boring and you lose out a lot of things if that’s the goal because it takes over from everything else,” Puglisi says.

The two start with a large pork chop with a very generous fat cap and a roaring fire. To prepare food over fire doesn’t just cook the meat, it also helps season it, imparting the cut with a smoke, which adds a layer of complexity. That doesn’t mean it needs to be grilled over the fire. Here, Nilsson and Puglisi employ a pan that protects the pork from direct contact with the flames, but still allows smoke to envelope it as it nestles into the smoldering embers. After searing one side hard, Nilsson flips the chop, adds butter to the pan, and then tosses in juniper from nearby. The aromatics release into the fat and perfume the meat.

The final touch by Puglisi also shows a tenant of Nordic cooking, where Japanese preservation techniques have been applied to Scandinavian produce to great effect. At Relae he’s preserved strawberries in the way the Japanese create salted plums called umeboshi. That allows him to finish the dish with a briny acidic sauce he makes with some generous knobs of butter. He melts the butter then mashes in the strawbe-bushi that he spoons over the rested pork. It’s a master class in rustic cooking done well.