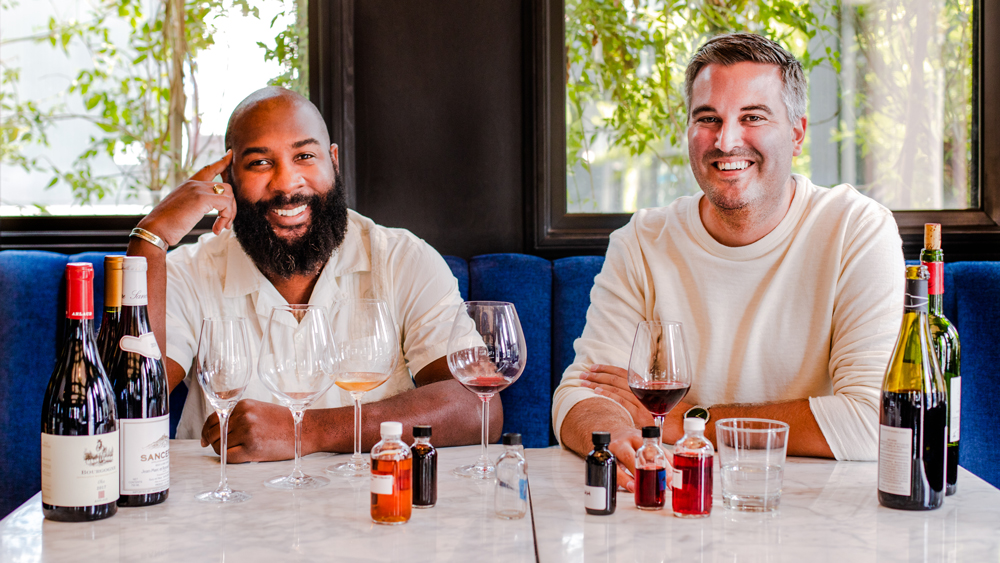 It’s hard not to be taken in by Paris’ natural wine bars. There are plenty adventurous winemakers to introduce yourself to, a convivial atmosphere, food that’s worthy of the city’s best bistros and in many places the ability to take home a bottle of that wine you especially loved with dinner. They also removed some of wine’s stuffier pretensions—making it a more populist beverage. It’s a vibe sommelier Rick Arline plans to recreate at his new Los Angeles wine bar and restaurant Fellow Traveler.

“The wine bar can be a dated and boring place where you get the same glass of Cabernet the place down the street is pouring—you’re not getting an immersive experience and you’re not learning anything,” Arline tells Robb Report. “In Paris, I fell in love with La Buvette as well as Septime where there’s a raucous wine bar with a shop attached to it that you can grab a bottle. That experience is a touchstone of what we’re trying to do here.”

Of course, for now, with indoor dining restrictions in place, Fellow Traveler opened last week in West Hollywood as a retail wine shop with just takeout and delivery for food. Smack dab in the middle of a global pandemic seems a strange time to roll out a bar and restaurant you want to lounge in all day, but co-owner Arline, managing partner Nick Schultz and executive chef Gabriel Geiger planned for this.

“We had to be creative and think about what people really wanted from this experience when they can’t go to wine bars right now, so we thought, how can we create this experience at home?” Arline tells Robb Report. “For one, we have subscription boxes and I’m here every day to talk one-on-one with people to guide them.” And for the food—which includes a truffled porcini dip with housemade potato chips, a country pork pate, chicken liver mousse and duck rillete—it all travels well and is meant for grazing while hate watching Emily in Paris on Netflix or snacking with friends on a blanket in a park with a few bottles of wine that Arline has selected.

The Fellow Traveler team is staying lean—just three employees for now—and playing it conservative for when they’d actually want to open for indoor dining, even if LA County approves its return in the future. That’s because they’re not trying to adapt a pre-Covid-19 playbook for its business model. They’re hoping they’ve built something that can succeed during lockdown, and then grow once the pandemic passes, instead of getting caught in a cycle of hiring and firing employees as indoor dining capacity rules fluctuate with waves of the virus.

They’ve taken this approach because the project was actually conceived during the pandemic. When lockdowns first rolled across the city in the spring, Arline hadn’t hatched a plan for a new place. He was happily the wine director at Auburn, one of the best new restaurants to open in LA in the last few years. But when Auburn closed, he had to call an audible and create a new project for himself. Those who were fans of his creative list at Auburn will still find a lot to love, but he plans on getting a little more eclectic at Fellow Traveler, where he’s currently stocking around 65 to 70 bottles in the store and offering around 30 of those wines that he has larger allocations of online.

“Eric Bost [Auburn’s chef-owner] had a French background and worked with Alain Ducasse and Guy Savoy, so I really wanted to focus on France even though I had regions that weren’t France,” Arline says. “Here I want to have wine from all over the world—from Slovenia, Portugal, Italy, Hungary, Greece and more.”

Wine doesn’t have to be serious.  Photo: courtesy Fellow Traveler

Along with showing off less recognized regions like Greece—which he loves pairing with food right now—he’s looking to surprise and delight as well with off-the-beaten-path selections from famed regions, like non-bubbly wines from Champagne.

It all goes back to that vibe Arline wants to create of exploration and also inclusion. For him, a Black somm in the very white world of wine, that goes beyond traversing the globe for lesser-known regions and producers. He doesn’t have to look to far from home to find people who have been historically shut out of this industry. So he’s giving African-American winemakers like Scott Sampler of Scotty-Boy and the Central Coast Group Project a platform, too. “There hasn’t been representation in winemakers or sommeliers or people who operate wine bars and restaurants that reflects the wine-drinking public, which is actually very diverse,” Arline says. “But there’s really been a shift toward people taking note that the wine drinking public is diverse. It’s been a tough year for people of color, but I think we’re seeing a bit more representation, which is great.”