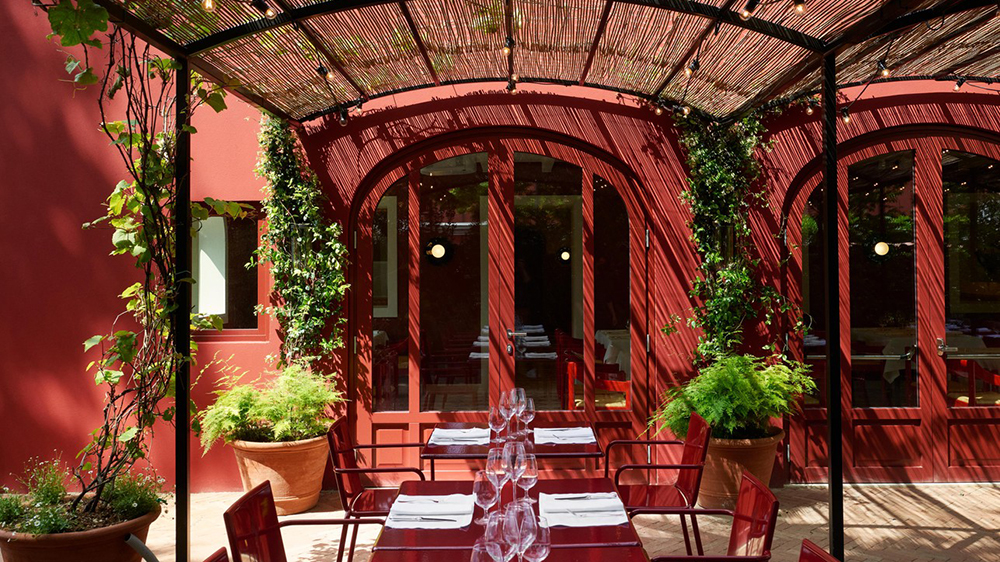 After a two-year absence, Ferrari’s legendary trattoria is back.

Michelin-starred chef Massimo Bottura and architect and designer India Mahdavi have teamed up to reimagine Ferrari Ristorante Cavallino in Modena, Italy. But while the eatery was originally best known for who dined there, the new iteration hopes to become a destination for food and design lovers alike.

First opened in 1950 across the way from the automaker’s factory in what used to be a stable and farmhouse, Cavallino has stood for decades as a symbol of the automaker’s deep bond to the Emilia-Romanga region. It was also a favorite of Prancing Horse founder Enzo Ferrari, who was known to wine and dine VIP clients, Formula 1 drivers and even visiting royalty there. Enzo liked it so much that he was known to eat there up to twice a day until his death in 1988. The restaurant continued to operate following its most famous regular’s passing, but eventually closed down in 2019.

Now thanks to Bottura and Mahdavi, Cavallino is back. The Parisian architect has attempted to stay true to restaurants roots, while updating it for 2021. The main room features a high ceiling, red and ivory terracotta floor and oak-paneled walls adorned with pixelated Prancing Horse-patterned wallpaper and memorabilia. Enzo’s own private room has been fully restored, according to WSJ, so that it looks just as it did when the auto legend was dining there daily.

“It’s an encounter between Enzo Ferrari and Massimo Bottura … two institutions meeting in the Cavallino space,” Mahdavi told the Journal earlier this month.

Meanwhile, Bottura, who is from Modena, has entrusted Cavallino’s menu to head chef Riccardo Forapani. The chef, who was trained at Bottura’s Osteria Francescana, has focused on delivering his own modern day take on the region’s cuisine, and has included dishes like ricotta-filled tortellini served in butter and sage, Mora Romagnola pork ribs and zuppa inglese, a traditional layered dessert.

Ferrari Ristorante Cavallino is now open seven days a week, and tables can be booked through the automaker’s website. The eatery’s reopening comes the same month that the Prancing Horse launched its first high-end fashion collection, showing the marque believes the Ferrari name can be used to sell more than just supercars.