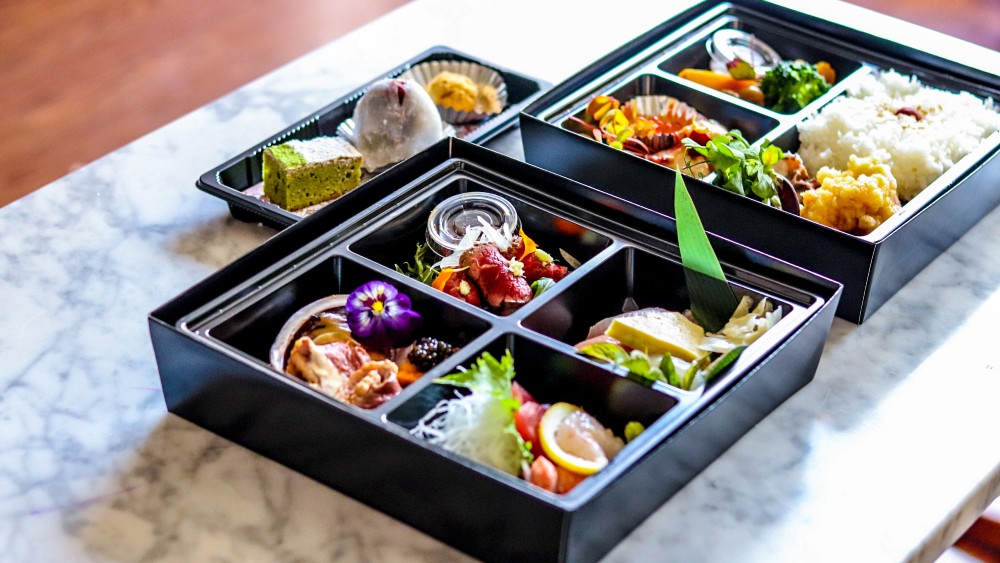 The ritual is a familiar one, almost eerily reminiscent of normal times. I’m on a beloved restaurant’s website, hitting refresh as I try to time it perfectly so I can snag a coveted reservation right as it’s released. This time I’m not hoping for actual table, of course. I’m trying to get my hands on a Michelin two-starred restaurant’s limited supply of takeout meals.

Niki Nakayama, the chef-owner of Los Angeles’s n/naka—which before the Covid-19 shutdown was the toughest table in town, serving a modern kaiseki menu for $275 a head—has a hard-to-come-by reservation again. Yet she wasn’t sure about her $38 bento boxes at first. “The biggest surprise is that people have been buying them,” she says. But Nakayama’s boxes have been selling out quickly, as have prix fixe packages by other fine-dining restaurants across the country that are transitioning to takeout in order to survive.

Some of the most successful operations have taken a page out of Canlis in Seattle’s and Alinea in Chicago’s respective playbooks by streamlining their operations to create set offerings instead of a la carte options. Michelin-starred Rose’s Luxury in Washington D.C.—long a tough table to nab in the nation’s capital—has been selling out of its $45-per-person, four-course menu that includes its lychee salad, a choice of pasta, meatloaf and orange custard cake for dessert. Grant Achatz’s Alinea has traded molecular gastronomy for beef Wellington and coq au vin. Michelin two-starred Vespertine in LA is making a less space-age version of its modernist food, leaning on chef Jordan Kahn’s more terrestrial inclinations, which he has showcased at all-day café Destroyer and his previous restaurant Red Medicine. And at Portland’s Bullard—the restaurant by former Top Chef finalist Doug Adams—the team has been regularly selling out its $24 family meals that are filled with Texas barbecue favorites from their wood-fired kitchen.

Of course, some of this scarcity comes from trying to figure out the right number of meals to offer in the first place. “We are maxing out at about 75 meals a day,” chef Dave Beran says of his Santa Monica restaurant Pasjoli, where he’s currently selling a rotating menu featuring mains such as shepherd’s pie or cassoulet for $39, plus sides and a dessert. “As we build better systems and gain experience, we would like to double this. The last thing we want to do is overwork a staff or sacrifice the quality of food for volume.”

Nakayama has had a similar experience at n/naka—wanting to begin slow to get the restaurant’s processes dialed in. “We started at 60 to see what happened, because we had no idea how it would function,” she says. “By the end of the week we were up to 120. We realized it was doable and we were comfortable with the volume and then went up to 150.” She also added to her bento offerings a Kaiseki Jūbako meal for $85. It’s a two-tiered bento box with luxury ingredients such as wagyu beef, caviar and braised abalone that she’ll make 20 of for three days a week to start. When she put them up on Tock this past Saturday, the Kaiseki Jūbako and bentos sold out within a day.

The demand has also been high for Michelin three-starred SingleThread in Sonoma, Calif. “We released the meals for the week and they sold out in an hour and 70 people put themselves on the waitlist,” chef-owner Kyle Connaughton says. He believes there are many reasons for the clamor, but the most important one may be that “people want to support us and they understand the role that they play in supporting restaurants, wineries and farms,” he says.

It’s also a chance for people to eat food from Michelin-starred kitchens at a fraction of the price. Yet, the chefs readily acknowledge that’s not the service people are getting. “The restaurant normally is an 11-course, three-hour experience where you may go once a year for a celebration if you live in our community,” Connaughton says. Whereas the takeout packages for around $80 to $90 are meant to feed four people a high-end, home-cooked meal. “We’re really focused on things that are comforting, with some decadence, but still nourishing and produce heavy,” he says. One day they may serve Singaporean roast chicken and rice, while another it’s a Provençal feast of duck confit salad, lentils and chocolate pot de crème.

Nakayama says she had to change her mindset to create bentos she hoped would be affordable to most. “For the bento box, we started on pricing and worked backwards from there,” she says. “We asked our vendors for different things, because usually we just ask for the best without worrying about the price much.”

At Beran’s other restaurant, the Michelin-starred tasting-menu only Dialogue, he’s offering takeaway meals like pot pie and beef short rib Wellington. “Most of the food we are serving would not be things on our menus, because it wouldn’t make sense to serve it—beef Wellington would seem painfully odd at Dialogue,” he says. “But to some extent all of our food at both restaurants is soulful and comes from somewhere personal. This food falls in line with that.”

Scenes from our first week of takeout at @dialogue.sm and @pasjoli.sm. . Thank you to everyone who has ordered, stopped by, offered spring form pans, and cheered from afar. This is all new to us. We get better every day but there is still a large learning curve. We’ve received feedback- positive and negative, but all constructive. We listen, and learn, it makes us better. We appreciate every moment of seeing our team come together and work hard at something new. We couldn’t do this without the help of the amazing dining community in Los Angeles. Stay safe out there, we will do the same and do our best to provide good, safe, delicious food.

Takeout and delivery, however, aren’t working for everyone. Many restaurants, despite doing solid business, have decided to close anyway. Some were doing takeout early on merely to burn through their food inventory so they didn’t have to totally eat those costs. Others planned to make a go of it longer, but then pulled the plug for various reasons. After Floyd Cardoz’s death, Andy Ricker of Pok Pok in Portland shut his restaurants down, citing the safety of his staff. Jessica Koslow of Sqirl and Onda in Los Angeles closed both of her restaurants as well. And many others around the country have now done the same.

The problem many found is that their kitchens weren’t designed to make takeaway work under these strange circumstances. They couldn’t do the volume needed to make takeout viable, while still allowing for the staff to keep a safe distance from each other as they cooked. Connaughton, who has a separate area to receive and process food deliveries apart from the kitchen, acknowledges his set up allows his cooks to work amongst each other more safely because of the amount of space they have. “Not everyone is like us where they can have a quarantined receiving area,” he says.

But even for restaurants that have been selling out their meals, like n/naka, Canlis and SingleThread, takeout is still not a workable long-term business model. “At the end of the day, this isn’t about making money,” Nakayama says. “This is for us to sustain and pay our bills and pay our employees.”