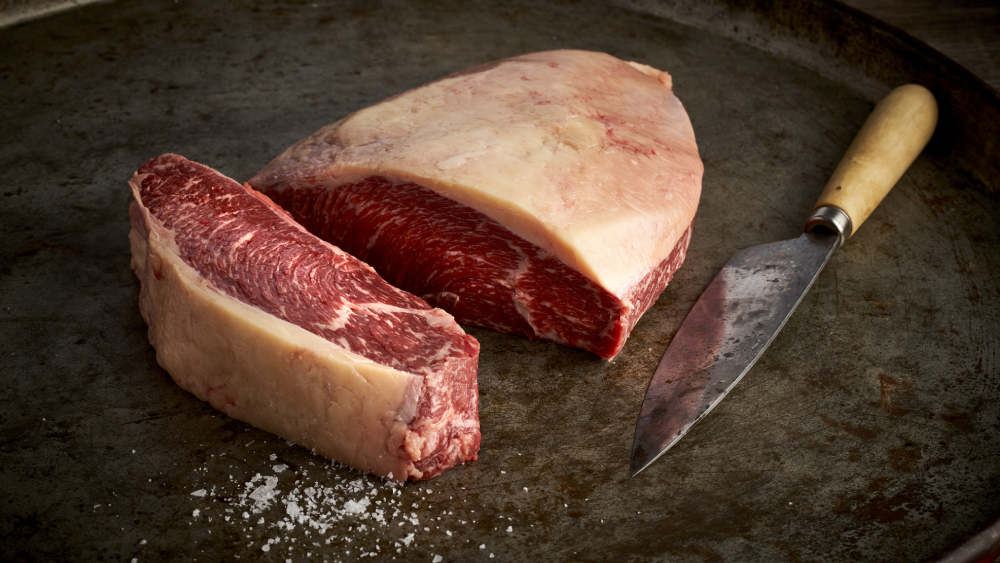 The beef did not arrive alone. My introductory shipment from First Light Steak Club was preceded by a cavalcade of gear and gadgets, from a heavy-duty cast-iron griddle to an infrared laser thermometer. Along with an app filled with instructional videos, I had everything I needed to cook the grass-fed New Zealand Wagyu to the club’s exact—and proprietary—specifications.

Such wonkish devotion to ingredients and preparation is a hallmark of First Light co-owner Jerry Greenberg, who in 1990, as a 25-year-old Harvard grad, cofounded Sapient, the digital marketing and consulting firm that Publicis eventually bought in 2015 for $3.7 billion. But even before food became his new profession more than a decade ago, it was a hobby bordering on obsession: When traveling as Sapient’s co-CEO, Greenberg sought out the best sushi spot in every city he visited. In 1995, that led him to Studio City in the sunburnt San Fernando Valley, where irascible sushi master Kazunori Nozawa served an omakase experience that had become a local legend, in part for his willingness to throw even celebrities out of his restaurant if they requested too many modifications or ate too slowly.

“First bite and I thought, ‘This is crazy,’ ” Greenberg says. “I thought I was a sushi expert. I was wrong. I started eating there whenever I could. I lived in Boston, but I’d still be at his place every week.”

In Greenberg, Nozawa found a like-minded respect for food, so much so that after years of turning away every suitor wanting to open a restaurant with him, the sushi master teamed with Greenberg, who by then had relocated to Los Angeles. The pair opened Sugarfish in 2008, with a typically Greenbergian approach, obsessively deconstructing how the master created sushi, from butchering fish to making rice, in order to teach the exact method to employees.

After Sugarfish established itself with multiple locations, Greenberg started working on other restaurant concepts. One, a Wagyu burger joint called HiHo that launched in 2015, had him scouring the globe for top beef suppliers. That led him to First Light, a New Zealand ranch that raises crossbred Wagyu beef. Though not as intensely fatty as A5 Kobe, it has the best of both worlds: rich, beefy grass-fed flavor but with the marbling you’d expect from grain-finished.

Greenberg ordered beef for the restaurant, then steaks for his own enjoyment. He became such an evangelist that he approached First Light with the idea for a steak club run like an actual club, with limited membership and a robust community. Along with the recipes and techniques on the password-protected app, members share pictures, favorite steak pairings and their own cooking experiments.

But entry into this bovine brotherhood isn’t guaranteed, at least not right away. Anyone can sign up for the waiting list, but since the beef supply is limited, gaining access might take a few months. (Unless you know someone on the inside: having a current member vouch for you can move you up the queue.) Once admitted, there are three levels to the club, each requiring a $150 fee that includes all the gear you’ll need. For $105 per month, the Light membership features three pounds of different cuts, from tenderloin to short ribs; the $150-monthly Classic plan is the same but for five pounds of meat; and the Steakhouse level, at $195, includes only the best cuts—tenderloin, ribeye and New York strip.

First Light’s recipes vary depending on the pre-portioned cut being prepared, but each follows a similar pattern. The cooking technique—which the club asks members not to divulge—is, unsurprisingly, methodical and technical but in the service of presenting the steak in a way a purist would love. Other than salt and pepper, it’s unadorned with sauces or seasonings; the idea is to taste the quality of the beef and otherwise get out of the way. And it’s not a process for people who enjoy coloring outside the lines. Cooking the ribeye, for example, requires more than a dozen steps—plus a gadget with four timers preset to exacting intervals to keep your movements on schedule—that include tempering the meat and melting rendered Wagyu fat (a jar of which is included in the starter kit) to brush on the steak.

But the method works, creating a hard sear but no dreaded gray ring of overcooked meat around the warm, rare center. So if you’re beef-obsessed and on the hunt for all the tips and tricks necessary to cook the perfect steak every time, well, join the club.