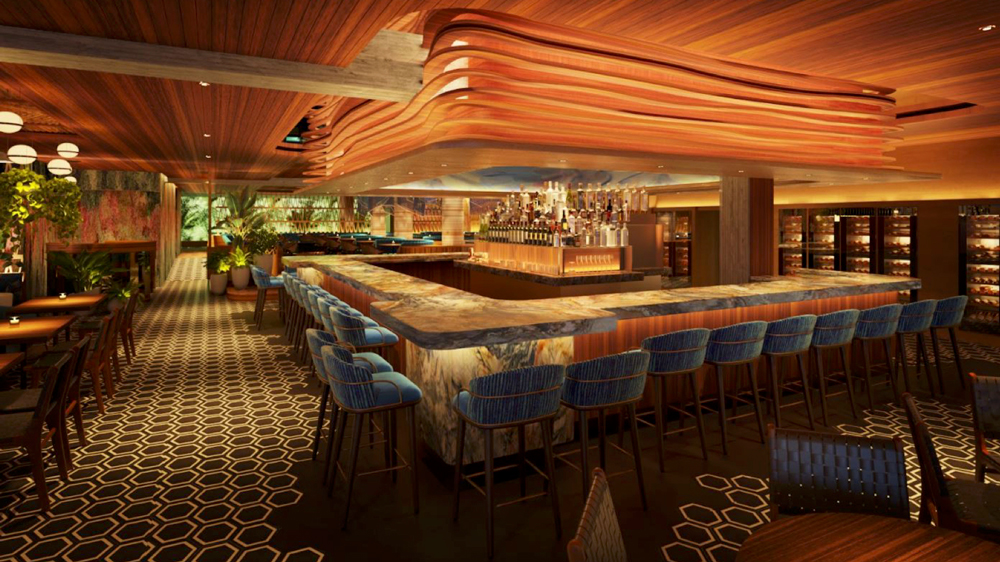 While many of the country’s top restaurateurs—and Michelin—are flocking to Miami, David Grutman was there long before all of them. Rising up from being a bartender in a sleepier part of town 25 years ago, he’s become the king of Miami nightlife on the back of hit clubs Liv and Story and now a collection of restaurants. So while the outsiders are establishing their first restaurants in Miami, he’s in expansion mode, riding the wave of Miami’s dining boom. His latest venture, he revealed exclusively to Robb Report, will be the Key Club, opening January 2022.

“It’s going to have a steak feel, but with an Americana grill,” Grutman says. “It’s 10,000 square feet, with indoor and outdoor seating and a kind of Brazilian feel to the décor.” The Key Club’s menu, still being finalized, will feature daily catch seafood, steaks, salads and more—the kind of supper club fare that’s been resurgent across the country the last few years. It’s a concept that differs from what Grutman has done in the past, but it’ll still feel very much like one of his venues—the kind of place where you may find yourself singing along to “Living on a Prayer” or Toto’s “Africa” as you eat.

“It’s important to give an offering of different kinds of stuff, but yet they have they all share a common DNA,” he says. “They all have a DJ; they all have exciting food that’s bold and is very shareable and fun. From the vessels that it’s served in, to the mixology we do, we always like to wow people.”

What also wows people are the celeb friends and clientele Grutman has been able to cultivate over the decades. From Kim Kardashian to David Beckham to Justin Bieber to Pharrell Williams (who Grutman is partners with in one of his restaurants), the famous tend to end up in Grutman’s care at some point when they’re in South Florida.

“I want to be a key holder for Miami,” says Grutman, who’s Liv consistently ranks among the top-grossing nightclubs in America annually. “Over the years I’ve been a trusted source for people—it has been good to be one of those ambassadors for Miami so that people know they’re going to be treated properly and have a great experience.”

The Key Club, located south of downtown in Coconut Grove, will come on the heels of Grutman opening three new restaurants inside an old Firestone garage on Miami Beach: Sushi Fly Chicken, a concept featuring styles of fried chicken served across Asia; Winker’s Diner, his upscale take on the neighborhood diner; and the bakery Toothfairy. These venues live under the umbrella of Grutman’s Groot Hospitality, which concert promoter Live Nation took a 51 percent stake in back in 2019.

That cash injection has allowed Groot Hospitality to scale up, fueling the company’s current expansion at a time when real estate prices for restaurateurs are soaring in Miami. The likes of New York hitmakers Major Food Group, Marcus Samuelsson and Cote building in the city has sparked a “gold rush” for restaurant space in Miami. That’s made it hard for some locals to compete with the out-of-town money. Groot isn’t among them. It has been well-positioned because of the funding, and also because its expansion predates the current boom. For instance, the Key Club has been in the works for more than 18 months. Fortunately for him, his empire scaling up is coinciding with people moving to Miami who want the kind of boisterous experience he’s selling.

“All these people are moving here—they’ve left San Francisco, they’ve left New York—and they’re of that entrepreneurial mentality,” Grutman says. “It has created more excitement here than anywhere else, and you can see it through the food.”