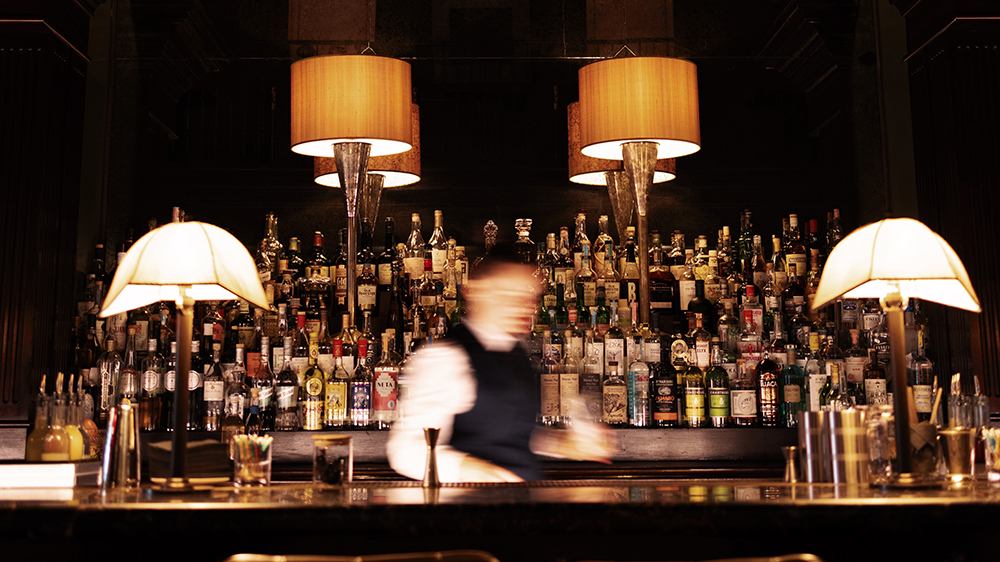 Members-only clubs are having a bit of a moment. And now those in New York have a new option to add to the mix.

Robb Report was given an exclusive first look at Little Ned, the recently opened cocktail bar at the Ned NoMad, an expansion of the London-based hotel and members club co-founded by Nick Jones of Soho House. For both members and hotel guests, Little Ned provides a cozy hideaway for catching up with friends over drinks or grabbing a quick bite before going out on the town.

The mezzanine  The Ned NoMad

The first floor of the bar is open to both Ned members and those staying at the hotel, while the more private mezzanine is for members only. Whether you’re sitting down low or up high, though, you’ll have access to the extensive cocktail menu created by Chris Moore, formerly of Dante. Drinks range from the fresh (the Rossini features clarified strawberry, Lillet Rosé, rhubarb bitters and rosé Prosecco) to the classic (the Altar Old Fashioned is made with Jefferson’s Reserve bourbon, Sauternes, salted maple and chocolate bitters). Rounding out the beverage program are a few non-alcoholic cocktails, a small selection of beers and a one-page wine list.

“We’ve worked hard on uniting the best elements of a classic hotel bar with the contemporary influences that any truly great food and beverage venue needs in order to add relevance to its location,” Moore told Robb Report.

As far as the food goes, the menu lists your pretty standard club fare. Starters include steak tartare, oysters Rockefeller and shrimp cocktail, while sandwiches range from a grilled truffle cheese to a lobster roll. Of course, there’s a burger, a Caesar salad and a New York strip served with fries. The classics are classics for a reason. Dessert follows the same playbook, with chocolate chip cookies and an ice-cream sundae perfect for indulging your inner child.

A selection of the menu  The Ned NoMad

To heighten the clubby vibes, Little Ned pulls much of its design inspiration from the 1920s. The booth seating, with upholstery inspired by the former banking hall at the Ned in London, is very much of that era, and the members-only mezzanine showcases vintage Art Deco furniture sourced from Hudson, New York. The beautiful view of the Empire State Building doesn’t hurt either, and almost transports you to that earlier time.

Little Ned is open seven days a week, from 5 p.m. to 1 a.m. Sunday through Wednesday and 5 p.m. to 2 a.m. Thursday through Saturday.

Click here to see all the photos of Little Ned.