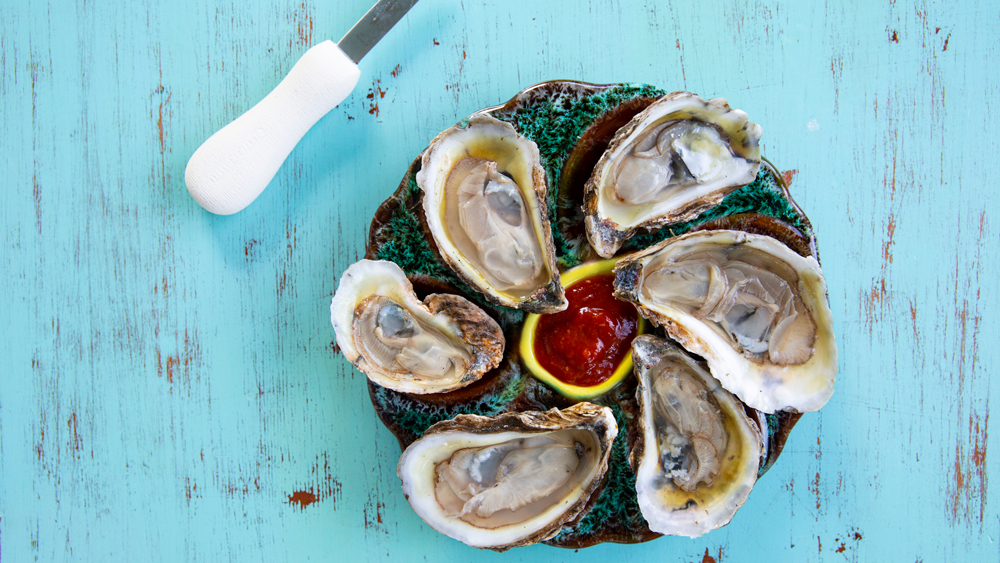 For the first time anyone in Franklin County, Florida, can remember, there will be no oystermen riding out on skiffs and hand-tonging for wild Apalachicola Bay oysters. The waters off this rural part of the panhandle once yielded 10 percent of America’s oysters, but the harvest has been canceled until 2025.

Five years is a long time to wait for a meaty, salty-sweet Apalachicola Bay oyster, though, and a growing number of farmers are stepping in to help meet demand. Compared to other parts of the country, aquaculture is relatively new to this neck of the woods. The wild oyster industry long opposed leasing plots of the bay for farming. “Oystermen thought so much effort would go into farming that they’d be left out,” says Doug Alderson, the outreach and advocacy director at Apalachicola Riverkeeper, a nonprofit that promotes environmental stewardship of the Apalachicola River basin and Bay.

Generations of fishermen made a good living tonging for wild oysters. At the industry’s height, they could bring in 100 or more bags a day. By 2020, though, the few people left on the water might haul in three bags. Aquaculture is no longer the primary threat.

Over the last 15 years, a series of environmental and manmade calamities decimated wild oysters. “When systems crash, it’s usually not one thing but a combination that sends them into a spiral,” says Dr. Sandra Brooke, a marine researcher at Florida State University’s Coastal and Marine Laboratory.

Brooke says that, piled on top of one another, severe drought, increased water salinity, rising temperatures, loss of habitat, changes in upstream ecosystems and over-harvesting precipitated the decline of one of Florida’s most important and well-known fisheries. Oysters are also essential to the health of the bay. They provide food and shelter for other species and filter out organic material from the silty, murky water.

“If oysters go away, the economy goes away,” says Dillon Hazel, owner of American Oyster Company and processing manager at Panacea Oyster Co-Op. Hazel graduated from Florida State University with a business degree in 2013 and leased a plot of neighboring Apalachee Bay the following year.

Twenty or so farmers belong to Panacea Oyster Co-op, which handles sorting, cleaning, marketing, boxing and shipping oysters. From the co-op docks, it takes just 10 minutes by boat to reach Hazel’s 1.5-acre farm plot. You pass bubbling fresh-water springs and a snaking 300-yard-long oyster bed along the way.

In the wild, juvenile oysters attach to the first hard surface they can find, which is often another oyster shell. Over thousands of years they form reef-like structures that serve as habitat for other species and protect the shore from sea rise and erosion.

Farmed oysters, on the other hand, attach themselves to cages that are suspended in the water. Hazel spends five or more days working those cages. He cleans and tumbles them and hauls them aboard his boat to check in on the oysters’ growth. It’s hard work, and mother nature isn’t always kind. Hazel’s first crop never reached maturity, a total loss. Hurricane Michael wiped out 90 percent of his second try, and just as his third harvest reached maturity this spring, the pandemic hit and sales to restaurants plummeted.

“It’s a viable business if you don’t have pandemics and hurricanes,” says Katherine Waldron, CEO of Panacea Oyster Co-op. “Most ranchers are fourth or fifth generation fishermen. They grew up on the water. If anybody can grow oysters, it’s them. But this is a new way of doing business, and there’s a learning curve.”

Jeff Tilley and his son Reid Tilley founded Oyster Boss in 2016, after Reid graduated from the oyster aquaculture program at Tallahassee Community College. They farmed a leased plot and serve as a processor for other farmers who work alongside them in Alligator Harbor.

“Early on, I identified the chemistry of the water and knew Alligator Harbor was going to create a great oyster,” says Jeff, who commissioned a sunglasses-wearing alligator logo and branded the harbor. Grown in water with 30 parts per million of salt, he has dubbed his oysters the saltiest in the world.

But salty, warm water can be tough on oysters, and it’s not uncommon for more than half the Tilleys’ oyster stock to die before reaching maturity. Most of the farmed oysters in the bay are triploids, which don’t reproduce. Triploids are more desirable to farmers than diploids, because they don’t spend energy producing spawn and can be harvested year-round. But triploids are also less hardy.

“When we got into this thing, the metrics that were given told us to bake a 20 percent loss ratio into our plan. I can pencil whip some numbers. But what’s happened is that we have a 60 percent loss ratio, which creates instability,” says Jeff. “By the time hurricanes, 100°F temperatures, and a lack of dissolved oxygen are finished with us, it’s a real challenge.”

Their challenge is a diner’s reward. The oysters from Oyster Boss Panacea and Co-op are similar to their wild peers in many ways, but because they’re grown in cages, farmed oyster shells are more uniform with fewer barnacles. Their cups are deep. The oysters are sweet and creamy, like biting into a mini ball of burrata with a sprinkle of nori.

To enjoy, all you need is an oyster knife for shucking, and perhaps an oyster plate if you’re entertaining friends. Wild oysters were sold by the sack and had to be hosed down outdoors to remove mud and sediment. Their farmed cousins arrive at restaurants, or your doorstep, in a box and only need a light rinse. It’s a more premium product, and they command around $1 a piece.

“We’re not in the market to compete with 25-cent oysters. These are farm-to-table, raw oysters,” says Waldron, who, along with the Tilleys and Brooke, thinks that aquaculture is here to stay, despite the hiccups.

Brooke’s research at the FSU Marine Lab focuses on bringing back the wild oyster population, and through the grant-funded Apalachicola Bay System Initiative, she and her colleagues are working with the community to develop a long-term management and restoration plan for the bay. She says there are some crossover opportunities to work with farmers on issues like oyster mortality and training talent to run future commercial hatcheries.

But it will take years for the wild oyster population to rebound and for the farming industry to stabilize. “Farming will come down to people who want to put in time, effort, and money. It’s not cheap,” says Brooke. “The industry will survive, but it will be people with a bigger vision.”