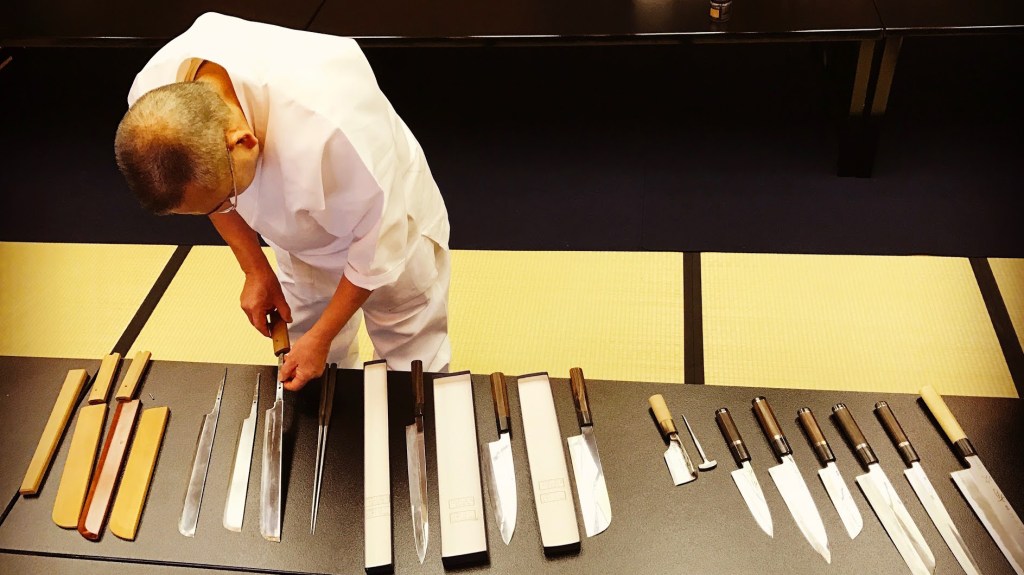 For the last 2 years, director Rasmus Dineson has traveled around the world—from New York to Copenhagen to Tokyo and more—to understand the power and influence of the world’s most revered restaurants rating guide. In Michelin Stars: Tales from the Kitchen, chefs including Daniel Humm of Eleven Madison Park, Rene Redzepi of Noma, and Yoshimi Tanigawa of Kichisen explain their relationship to the star system and the sacrifices they’ve made to earn their stars.

It’s kind of amazing that there’s so much ado about a guidebook created by a tire company in 1900 to let people know where to pump gas, get their tires changed, and stop off for some food. More than a century later, it is the gold standard for chefs chasing excellence in their restaurants.

The filmmakers say their film won’t just be a loving, laudatory look at the food world in the way that recent food documentaries have been. They want “to illustrate a dark flip side of the shiny coin in creating utter culinary excellence; in search of a realistic understanding of life behind the often airbrushed scenes of what is arguably the most dynamic and creative industry in the world.”

This won’t be the first deep dive into the dark side of the Michelin Guide; a few years ago, the BBC produced an hour-long documentary called Michelin Stars: The Madness of Perfection that openly questioned the guide’s relevance to modern diners.

The documentary will premiere on September 23 as the opening movie of the San Sebastián International Film Festival. You can watch the trailer below.

"Michelin Stars – Tales From The Kitchen" Trailer from Bon Vivant Communications on Vimeo.