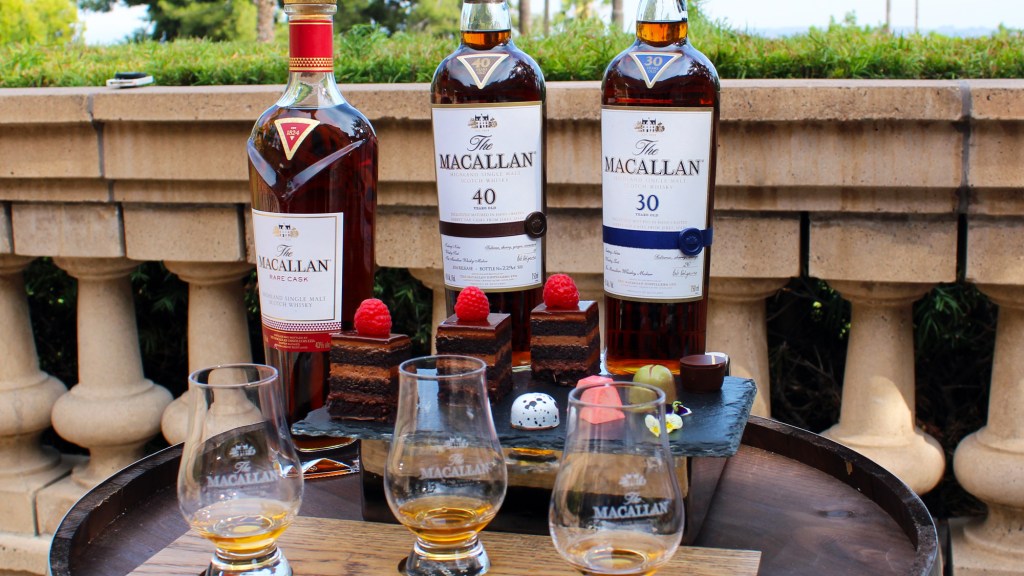 One of the great pleasures of wine is its interplay with food, and finding the perfect pairing can enhance both. As the craft beer culture has grown, pairing your brew with dinner can be a similarly great experience. And don’t worry: You can rely on someone else’s expertise to get it right. A great sommelier can steward your wine choices; in the case of beer, a cicerone.

Pairing a spirit with food is much more difficult to do. A spirit’s high alcohol content can overwhelm your palate, leaving the flavors fighting with each other. But when done right, it’s pretty great. For instance, a glass of Don Julio 1942 neat is great, but interrupting your sipping with a bite of rich dark chocolate accentuates the caramel and cinnamon notes of the tequila, making it even better. And when you can get your hands on a really scarce spirit, that’s an experience you want to maximize.

This Friday, at the Langham Huntington Hotel in Pasadena, Calif., the Tap Room will offer a tasting worth extending as long as possible. For $1,300, the bar is offering a flight of Macallan Rare Cask, Macallan 30, and its 40-year-old sherry cask, of which there are only 500 bottles worldwide. Each 1-oz. pour will be coupled with a dessert to match each scotch’s unique flavor profile. Even further, the Tap Room constructed their flights to be instructive for pairing whiskey on your own.

“I start by breaking down the flavor profile of the spirit to find the notes that really come through,” says Vern Lakusta, Langham Huntington’s director of operations. “With the Macallan, the notes that came through—like the dried fruit—immediately made me think chocolate.”

As with the tequila, Lakusta says chocolate works well in this instance because its flavor is assertive enough to hold up against the scotch. So they took the next step by creating a chocolate confection suited to each expression.

In developing their pairings, they also considered the sweetness of both the spirit and the dessert to make sure they complemented each other well. With the Rare Cask you’ll find a honey-raisin note along with ginger, which pairs well with a more sugary dessert; so, they made a chocolate macaron. For the 30-year-old scotch, the winter spices present clove and nutmeg, which pairs well with a dessert you’d eat in December; they’re serving that expression with chocolate-hazelnut cake. And the 40-year will be served alongside a rich and decadent chocolate cake topped with raspberries that will play off the spiciness imparted by the four decades spent in a sherry cask.

While at the Langham they may have found a groove with pairing spirits and dessert, doing it with main courses can be much more of a high-wire act, even in the hands of talented chefs. This past spring, chef David LeFevre hosted a six-course tasting menu at The Arthur J in Manhattan Beach, Calif., pairing it entirely with the whiskeys that comprise the Hibiki Harmony blend.

LeFevre pulled it off with dishes such as king crab with meyer lemon, vanilla, and chamomile paired with whiskey from the Yamazaki distillery that had been aged in American oak barrels. But he readily admitted after the meal that it was one of the most challenging menus he ever had to create. So if you’re dabbling with spirit and food pairing at home, it may be best to start with desserts and then branch out from there.