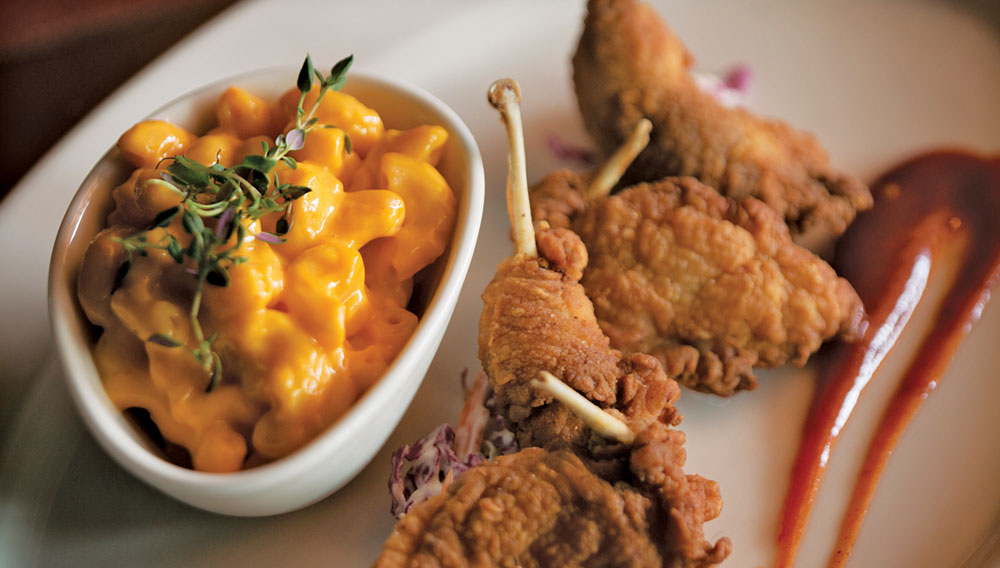 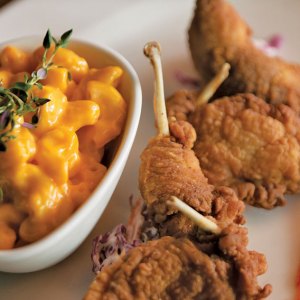 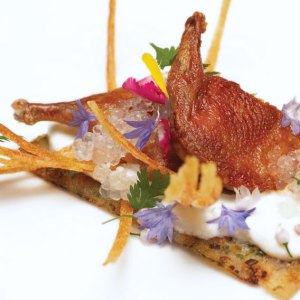 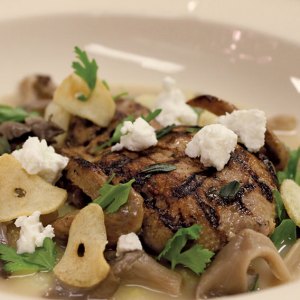 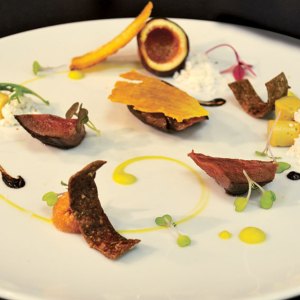 During the autumn and winter months, many fine-dining restaurants offer wild game for its rich flavors, but according to executive chef Ted Ask, most overlook quail. That is not the case at Twin Farms (www.twinfarms.com), a boutique hotel situated on 300 acres in Barnard, Vt., where Ask pairs locally sourced quail with a variety of ingredients that suit each season. Versatility is one of the aspects that the chef likes most about the meat. “Quail can stand up to bigger, stronger flavors like deep red wines or coffee,” he says, “but it’s also appropriate [served] with something that’s more subtle and sweet, like an apple puree.”

Michael Moody, a repeat customer at the property, says that his favorite preparation features grilled quail served with red polenta, which is grown and ground on-site, sautéed wild oyster mushrooms, the restaurant’s homemade ricotta cheese, and crispy chips of elephant garlic, which also is grown on the property. “You have a soft texture from the polenta, the earthiness of the mushrooms, and the garlic chips added some crunch,” he says. “The dish is great for the location; it’s something that you might expect to have at a property like that.”

“That’s the inspiration behind this dish,” adds chef Ask. “It’s connecting the quail to Vermont, right down to the soil where these other ingredients are coming from.”

For some gourmands, like Scott Steyns, hearty quail dishes are all that they’ve experienced. But that changed for Steyns over the summer, when he visited West (www.westrestaurant.com), a Vancouver restaurant known for its contemporary regional cuisine. As Steyns recalls, the appetizer that he ordered—quail with an Espelette pepper glaze served with goat cheese and potato-and-herb rösti—was not only colorful in its presentation, it also was light and summery in its execution. “You got all these textures and flavors in each bite—the sharpness of the goat cheese and the crispiness of the thin potato on the bottom,” he says. “It was very well balanced; everything was represented but nothing was heavy-handed.”

At Amaya La Jolla (www.amayalajolla.com), about 1,300 miles down the Pacific coast near San Diego, chef Camron Woods brings his own interpretation of lightness to the game bird by serving buttermilk fried quail paired with smoked macaroni and cheese. According to Robert Pascucci, a fellow San Diego restaurateur, Woods taps into his Southern roots to create a quail dish that is as successful and memorable as the more decadent preparations that Pascucci has had over the years. “If you get a good-quality product and cook it properly, it will speak for itself,” he says, “and Camron definitely does that. The quail was crunchy on the outside but still moist and juicy on the inside; it was perfect.”

When Janna Comeau wants a perfect meal—one that will linger in her mind for weeks—she makes a reservation at L’Espalier (www.lespalier.com), a restaurant with a history of serving upscale, classically prepared French fare in Boston’s Back Bay neighborhood. Last January, Comeau attended an event to celebrate the establishment’s 35th anniversary, where she enjoyed a quail dish unlike any she had previously eaten. The dish, which represented the restaurant’s culinary style during the 1980s, featured Vermont quail scented with eau-de-vie mirabelle and juniper with black mission figs, foie gras mousse, and Brussels sprouts. “The quail was definitely the centerpiece, but it all blended together very well,” she says. “It was sweet with the figs and savory with the foie gras mousse and Brussels sprouts; they balanced the flavors within the dish much better than other quail dishes that I’ve had.”

L’Espalier’s executive chef and proprietor, Frank McClelland, varies all of his dishes based on the season and the availability of fresh ingredients, which means patrons could find a variety of quail preparations on the menu—from pairings with duck liver mousse and a mustard-bacon vinaigrette to dishes featuring the meat coated in a pomegranate and molasses glaze. Regardless of the preparation, Comeau guarantees that the quail will be perfectly cooked and the dish as a whole will shine. “They’ll come up with something good,” she says, “no matter when you go.”