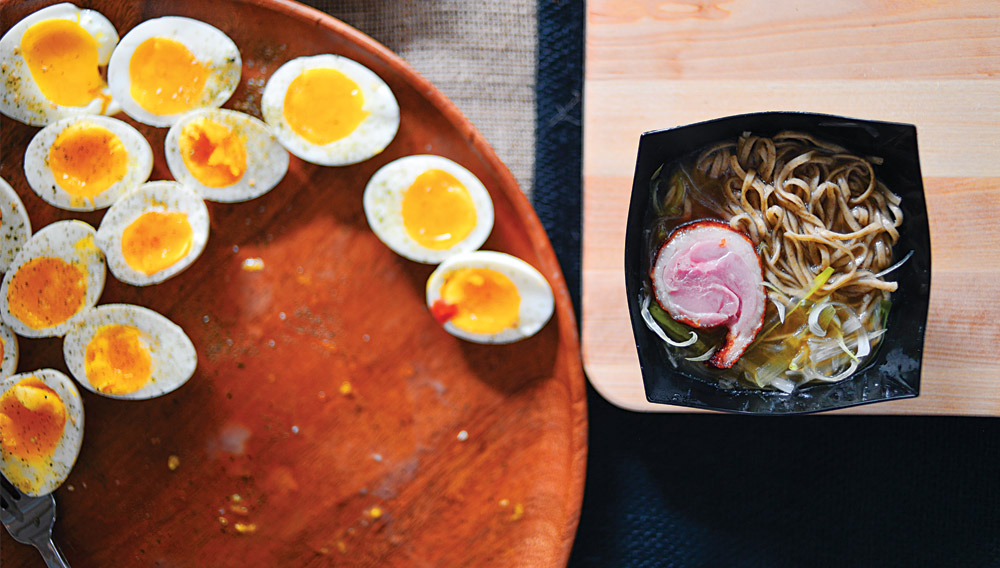 From the briny perfection of May River oysters to the cutting-edge cuisine of California’s top chefs, food festivals from coast to coast are celebrating American regional cooking. The best of them feature marquee culinary talent, exciting local ingredients, and deep culinary traditions—yet maintain an intimate scale that lets visitors truly get to know the food and the people behind it. Here are six of our favorites.

Music to Your Mouth

What began as a small gathering to promote real estate at Palmetto Bluff—a picturesque former plantation on the banks of the May River—has become a yearlong series of food events around the country culminating in the Music to Your Mouth festival at the resort. Hosted by John T. Edge, director of the Southern Foodways Alliance, Music to Your Mouth features more than 75 luminaries of Low-Country and Southern cuisine for almost a week of tastings, cooking classes, dinners, parties, and casual gatherings. Participants have included chefs Anne Quatrano of Bacchanalia in Atlanta, John Currence of City Grocery in Oxford, Miss., and Mike Lata of the Ordinary in Charleston, S.C. Many events are like set pieces: A nighttime oyster roast on a remote stretch of the riverbank featured a surprise performance by Kristian Bush of Sugarland; a grand tasting was arrayed in Palmetto Bluff’s gaslamp-lighted main square; a Potlikker Block Party showcased the work of a single Southern farmer. Tickets go on sale in June, with prices ranging from $75 for a single event to $6,300 for the Baker’s Dozen package for two, which grants access to 12 events. Last year, 16 of the 17 events sold out in two weeks.

Taste of the South

Blackberry Farm is one of the world’s most lavish agro-tourism destinations: The 4,200-acre luxury estate and farm nestled in the foothills of the Smoky Mountains produces its own cheese, beer, pickles, charcuterie, and other craft products, and it holds numerous food and wine events throughout the year. In January, it delves into the local culture with Taste of the South. Chef Joseph Lenn of the Barn restaurant at Blackberry Farm hosts guest chefs—such as pit master Rodney Scott of Scott’s Bar-B-Que in Hemingway, S.C., Sean Brock of Husk in Charleston, S.C., and Michelle Bernstein of Michy’s in Miami—for a long weekend of cooking demonstrations, specialty dinners, beer and whiskey pairings, and scholarly discussions led by literary gourmands such as Francis Lam and David Shields. Tickets are reserved for guests of the resort; 2015 prices have not been set, but last year’s tickets cost $800 per person for all events.

Highlight:  The final-night gala, where diners are treated to rare vintages in addition to first-rate dishes, and a silent auction features some of the top restaurants of the South.

There is no better snapshot of Los Angeles’s exciting food, wine, and cocktail scene than this casually glamorous party hosted by three of the city’s most prominent restaurateurs, Suzanne Goin, Caroline Styne, and David Lentz of Lucques, A.O.C., and Hungry Cat. The afternoon event—a benefit for Alex’s Lemonade Stand Foundation, which supports childhood cancer research—offers tastings from the city’s celebrated chefs, including Ludo Lefebvre of Trois Mec, Jon Shook and Vinny Dotolo of Animal, Mary Sue Milliken of Border Grill, and Michael Cimarusti of Providence, who personally serve guests and mingle with the crowd. Naturally, the crowd includes a large celebrity contingent; on the Alex’s red carpet last year were Jimmy Kimmel, Lena Dunham, Neil Patrick Harris, and Laura Dern, among others. After four years of being held in a movie studio back lot, this year’s event moves to the wider confines of Wilson Plaza at UCLA. Tickets start at $195, and auction items such as dinners prepared at home by chefs will be up for bid.

Highlight: A phenomenal selection of small-production wines from around the world and no lack of cocktails, mixed by some of the city’s top bartenders.

High-profile chefs hang loose and get personal in this relaxed beach-side festival. Whether they are teaching small classes or cooking nightly dinners, each chef applies his or her style to ingredients found on the island. Do not imagine they are limited to seafood and coconuts: Hualalai is known for developing an extensive network of local farmers and purveyors and now the island’s bounty includes wild boar, ricotta cheese, dragon fruit, exotic herbs, spices, and the intensely sweet Wow tomato. This year’s chefs include Amanda Freitag of the Empire Diner in New York City, Marco Canora of Hearth in New York City, Seamus Mullen of Tertulia in New York City, and Ben Ford of Ford’s Filling Station in Los Angeles. Dinners, classes, and adventures beyond the kitchen (such as golf and paddleboarding with the chefs) are purchased à la carte and range from $50 to $300.

Highlight: For the final dinner, each chef makes a course that is paired with M. Chapoutier wines.

The Massachusetts–New York state divide is more porous than it appears on a map, and Berkshire Farm & Table, an organization dedicated to cultivating Berkshire County’s prominence in the food world, encourages diners to explore the culinary traditions on both sides of the border. The ChefX “exchange dinners” are among the group’s signature events, with top toques from Hudson, N.Y., heading to restaurants in Great Barrington, Mass., to cook multicourse, pop-up dinners for 35 to 100 guests; then, a few weeks later, Great Barrington chefs return the favor at restaurants in Hudson. All of the dinners emphasize local, fresh-off-the-farm ingredients, and last year’s participants included Bjorn Somlo of Nudel Restaurant in Lenox, Mass., who made an elegant crab and crowdie “rangoon,” and Ben Freemole and John McCarthy of the Crimson Sparrow in Hudson, who sautéed bay scallops with black garlic, scallions, and cashews. The dates and prices for this year’s dinners have not been released; tickets to the 2013 dinners were $100 per dinner.

Highlight: A chance to mingle with the chefs during a casual cocktail hour.

Truffles may traditionally be a European enterprise, but truffle growing is taking root here in the United States, particularly in Napa Valley. This event brings together the cultivators and the consumers for a week of science and hedonism.

There are technical workshops on truffle growing, with experts such as Dr. Paul Thomas of the American Truffle Co.; foraging tours through Las Posadas State Forest in northeast Napa; and multicourse truffle lunches and dinners that make use of the delectable fungus. Last year’s events included a truffle lunch by Carrie Nahabedian of the Michelin-starred Naha in Chicago, held at Nickel & Nickel winery, and a truffle and wine dinner at La Toque, by chef Ken Frank and visiting chefs.

The festival moves to the Oxbow Public Market on its final day, with cooking demonstrations and fresh whole truffles on offer, so participants can try their hand at cooking them at home. The $1,250 Grand Truffle Weekend Package includes all events.

Highlight: Attendees may bring their four-legged friends to join in a truffle-hunting demonstration with trained truffle hounds.