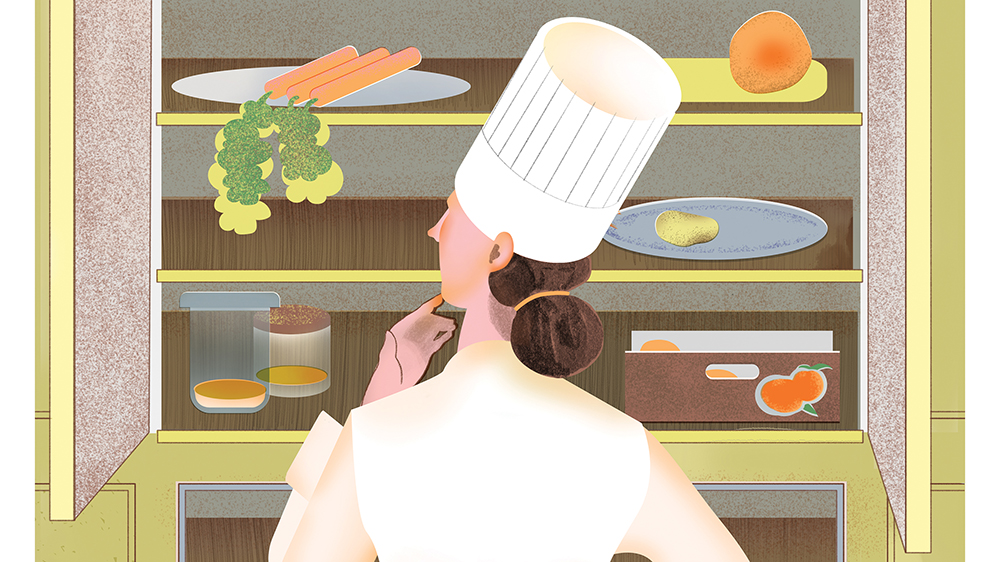 In the 30 years since Laurent Lours began making Salers cheese—a specialty semihard cheese typical of central France, famous for its notes of grass and hazelnuts—he has never experienced a drought quite like the one that set in this summer. Extreme heat waves and a dearth of rain combined to scorch the pastures his cows graze on, turning vast swaths of the grasslands into a parched and unrecognizable yellow landscape.

“We would have periods of 15 days of drought, but it was never catastrophic,” Lours says. “Today, we’re experiencing much higher temperatures.”

As both a producer and the president of the Appellation d’origine protégée (AOP) label for Salers cheese in France, Lours had to make a tough call. He ordered makers of the seasonal cow’s-milk delicacy to stop production as of August 12. Under AOP rules, Salers cheese must be made from milk produced by cows whose diet consists of at least 75 percent grass from local pastures. The Salers season, which runs from April 15 through November 15, is based on the animals’ grazing period, but when all 78 local producers reported that their cows had nothing left to eat, Lours made the unprecedented decision.

“What we make is a quality product, and it has a certain notoriety for consumers, due in part because of the grass-fed milk,” Lours says. “When you no longer have any grass, you lose the thing that makes it special, and we have to be honest with our consumers.”

Salers cheese is just one of several French treats that have been threatened during an unprecedented year of confluences: extreme heat, drought, disease, inflation and pervasive supply-chain issues.

Beginning in May, a shortage of mustard was felt on both grocery-store shelves and restaurant tabletops. Mustard is to the French what ketchup is to Americans, but many a Gallic steak and sausage went without the traditional smear thanks to a severe drought in Canada, which typically supplies France with 80 percent of the seeds it uses to make the condiment but faced drastically reduced supplies last year.

Around the same time, foie gras producers warned of an impending shortage that could impact the upcoming Christmas holidays, when consumption of the delicacy is at its peak. Since mid-May, a major outbreak of bird flu has seen more than 19 million poultry destroyed across France, further exacerbating a duckling shortage.

The French, ever resourceful gastronomes, have tried pivoting to alternatives—a swipe of wasabi or horseradish on meat, to replace mustard’s sharp, spicy tang, or vinaigrettes made with vinegars, Tabasco or Worcestershire sauce. Plant-based foie gras alternatives are increasingly popular among vegetarian and vegan consumers, with French brands Gaia, Senfas and Tartex all producing versions of faux gras. And instead of Salers, cheesemakers from the Cantal region have shifted to producing Cantal Fermier, a less aromatic semihard farmhouse cheese made from grass- and hay-fed cows in the area.

In anticipation of future extreme climate events, the official grazing periods for the cows may be rescheduled to start earlier in spring and more hay-fed milk may be authorized for use in the composition of the cheese. It’s a lesson in contingency planning that other producers would do well to learn from, while the topline for the consumer is: In a volatile world, don’t take your favorite delicacy for granted.