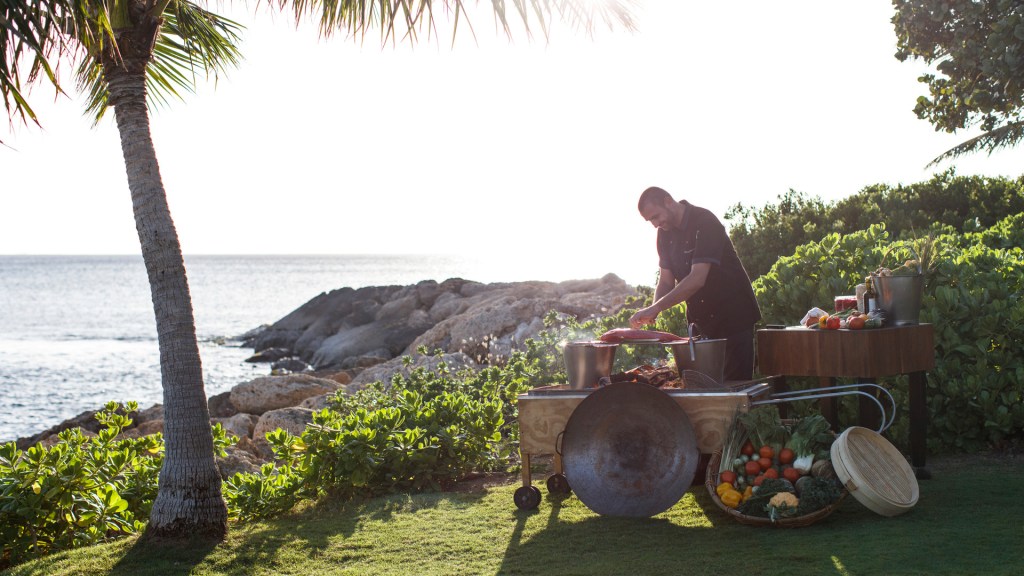 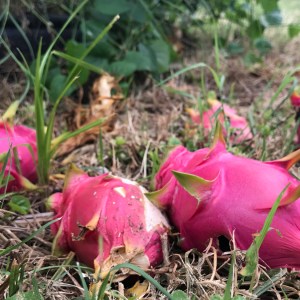 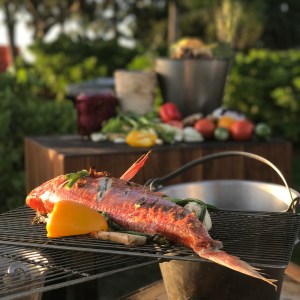 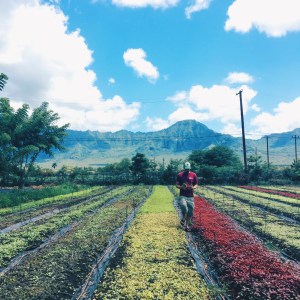 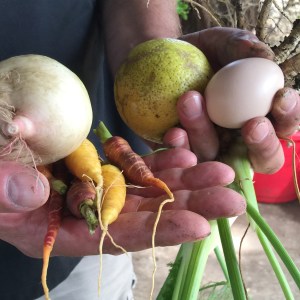 About 25 miles from bustling Honolulu and Waikiki, another destination is taking shape on Oahu: Ko Olina. Formerly a retreat for Hawaiian royalty, Ko Olina (which means “place of joy”) is situated on the island’s Leeward Coast with 2 miles of white-sand beaches and four swimming lagoons. It also borders small towns like Wai’anae, home to the world’s highest percentage of native Hawaiians. Right now, Atlantis is spending a record-breaking $2 billion to build a 15-acre resort in the emerging oceanfront community, joining Aulani (which opened in 2011) and Four Seasons Oahu (which opened in 2016).

Another palpable shift on Oahu is the increasing availability of locally grown ingredients. While the vast majority of food is still imported (roughly 85 to 90 percent, according to Hawaii’s Department of Business, Economic Development & Tourism), that number continues to improve. In fact, Governor David Ige aims to double local agricultural production by 2020 as part of the Sustainable Hawaii Initiative.

West Oahu sits at a pivotal intersection for both of these significant shifts as the home to not only Ko Olina but also a number of farms and food producers. And even as the tourism landscape rapidly changes, Ko Olina forms just one piece of a larger puzzle that remains highly localized—and that’s just how chef Martin Knaubert likes it.

“It is such a great place because it was never touched by tourism [or] by development,” says Knaubert, the director of food and beverage at Four Seasons Oahu at Ko Olina. “This is an area where indigenous Hawaiians grow up and live; it is their land. They have treated the soil, earth, and water with so much respect over the years that it has become a very special place. With [the Four Seasons] coming here, it was extremely important to us to honor and protect that.”

Knaubert’s own arrival in West Oahu is a homecoming of sorts, as he worked at the Four Seasons resort in Maui over a decade ago. Though the German-born chef has helmed kitchens at Four Seasons properties all over the world—from Beijing to Shanghai to Damascus—Hawaii has always occupied a special place in his heart.

“Whenever I would have food cravings, I always missed things from Hawaii,” shares Knaubert, whose wife was raised there. “My favorite thing to do is to sit on a beach, eat poke, and watch the sunset.”

So when the Four Seasons Oahu at Ko Olina opened last May, it was no surprise that Knaubert had come onboard. Though much of Hawaii was familiar terrain for Knaubert, West Oahu was not, so Knaubert arrived two weeks early to get the lay of the land—visiting various farms in West Oahu and the North Shore, eating at food stalls, and talking with locals. “In the areas where no one really wants to go, that’s where the secrets are,” says Knaubert. “Many of the farms had product that you can’t even get in California. It was an epiphany.”

Knaubert found inspiration at nearby plantations like Kahuku Farms, which grows dragonfruit; Makaha Farms, known best for mangoes but which also offers lychee, longan, and rambutan; Sumida Farms, which raises watercress; and Kawailoa Farm, which grows okra. “The soil is very rich, so they can grow carrots and root vegetables but also things like okra, which you wouldn’t really connect with Hawaii,” says Knaubert. “The okra growing here is an amazing product—very fresh and crisp.”

While Knaubert has forged many relationships with local producers, few have been as fruitful as his partnership with Wai’anae-based Kahumana Farms. Knaubert was hooked from his very first visit to the 25-acre organic farm, when he spotted not only an orange tree but also a 120-year-old curry-leaf tree—two things he says “you wouldn’t normally expect here [in Oahu].”

“I was already writing menus in my head,” recalls Knaubert. “I look for ways to create culinary experiences that are unexpected while still using local products.”

Knaubert now works with Kahumana Farms not only to source local ingredients for the resort’s three restaurants but also to make the Taste of Oahu package available to hotel guests. Designed to offer a true farm-to-table experience, the package gives guests a chef-led tour of the farm; afterward, they return to the resort to enjoy a private dinner utilizing the foraged ingredients. “Every visit I do to the farm is completely different because I never know what’s [currently] growing,” says Knaubert. “I like the element of surprise.”

Knaubert prefers to keep the menus simple, letting the ingredients shine. Menu selections might include a salad with grilled kale, fresh carrots, and oranges; wood-fired whole snapper stuffed with local lemongrass, lime, and ginger; or grilled vegetables seasoned with salt and pepper, lemon juice, and olive oil. One of Knaubert’s favorite dishes to date is an impromptu duck-egg fried rice, created with duck eggs collected at Kahumana’s coop.

“When people talk about the terroir in wine, coming from the earth, it’s the same for food,” says Knaubert. “It’s all about fostering a connection to the island.”

Knaubert’s own connection comes out in creative ways in the resort’s cuisine. Deep-fried ulu sticks sprinkled with Hawaiian sea salt serve as a popular bar snack, while Knaubert often uses kiawe wood to smoke items like tuna tataki or moi fish. At the resort’s Fish House restaurant, whole fish specials are often served on slabs of kiawe wood that are cut and shaped by a local artist.

“Some people see being based in a remote area [rather than Waikiki] as a disadvantage, but I disagree,” says Knaubert. “The west side is more immersed in nature and more immersed in what Oahu really is; Waikiki is more about big tourism. We’re much more ingrained within the culture, and that gives us an opportunity to create something really authentic and local. That’s extremely important to me as a chef and food lover, as well as from the guest experience point of view.”

Changing the perception of “authentic” local cuisine also matters to Knaubert. “Tourists come to Hawaii and want to eat mahi mahi and pineapple because they think that’s ‘Hawaiian,'” says Knaubert. “Little do they know it’s probably from Mexico or the Philippines and that those pineapples probably aren’t grown here. People don’t understand the implications of that.”

However, Knaubert is encouraged by the increased focus on local food production, and he believes farmers and chefs can work in tandem to affect change.

“I really want [the Four Seasons Oahu] to be the forerunner of this movement of incorporating local in a way that makes sense,” says Knaubert. “It’s not just about farm-to-table; it’s about being incorporated into the culture and community to make a dining experience. If west-siders identify with [our cuisine], I’m sure the guests will feel their story, and that’s the goal.”