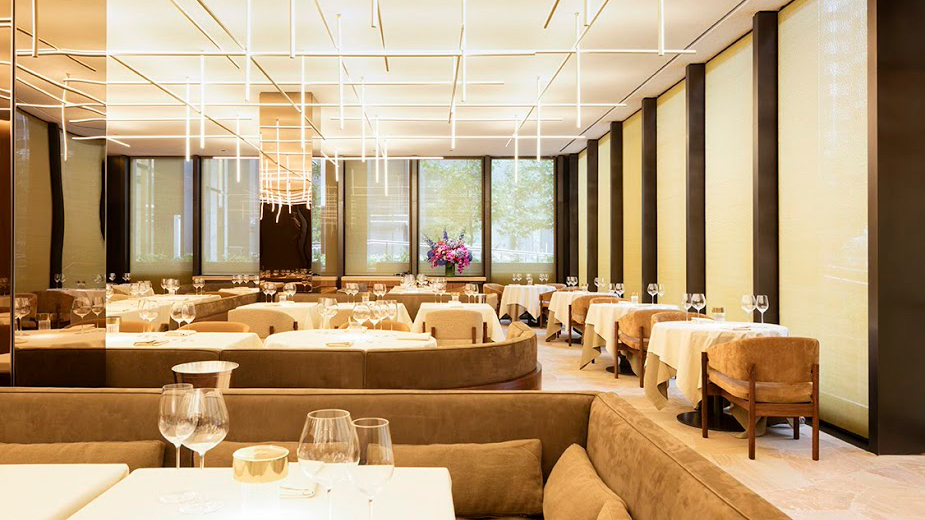 “Regretfully, after nearly 60 years, the Four Seasons Restaurant will close the week of June 10th. We have been privileged to work with one of the finest culinary teams and outstanding staff that has stayed with us through some challenging times over the course of our history,” owner Alex von Bidder wrote in a statement to the New York Times.

It was only 10 months ago that the Four Seasons reopened in a new location, with the backing of 40 investors and $40 million, as reported in the the Wall Street Journal. It’s a surprisingly quick end to the new iteration of the restaurant that had the term “Power Lunch” coined in its honor.

After decades inside landmark Seagram Building on Park Avenue, the Four Seasons had to find this new home after real estate investor Aby Rosen bounced it from its original location in 2016. Rosen wanted fresh blood in the space so he brought in Major Food Group, led by chefs Mario Carbone and Rich Torrisi, along with their business partner Jeff Zalaznick, to create a new concept inside the building after not renewing von Bidder and Niccolini’s lease.

The Four Seasons’ owners vowed a return, and last year they came through on their promise with a new restaurant just a few blocks away. The duo hoped that with a $40 million buildout and a talented young chef—Diego Garcia, former sous chef at Le Bernardin—they’d be able to recapture the magic that had made the Four Seasons a playground for power players for years.

“But we just couldn’t make it; the restaurant world has changed,” Von Bidder told the Times. It had changed in multiple ways that proved to be this new incarnation’s undoing.

First, Niccolini’s past behavior loomed over the restaurant. In 2016, he pleaded guilty to misdemeanor assault after allegations of sexual abuse. When Times critic Pete Wells checked in at the new location, the first half of his review was devoted to accusations made against Niccolini. Despite Wells’s praise for Garcia’s food, the critic gave the Four Seasons one star because of the co-owner’s past actions. In a post-#MeToo restaurant world that’s much more conscious of holding powerful men to account for abuse, the Four Seasons was out of step with the times. Niccolini was forced to resign soon after.

But the restaurant world had also passed them by in much the same way it had when the Four Seasons occupied its old space. It lacked the energy that a younger generation of diners desire, an energy that the new tenants in Major Food Group knew how to tap into.

Inside where the Four Seasons used to be, Carbone took the lead in creating the midcentury throwback the Grill and Torrisi opened the modern seafood restaurant the Pool. The Grill especially was meant to be more raucous.

“I’m going to come in here, and I’m going to take this place that was literally called a ‘cathedral’ by Jackie Kennedy and be respectful of it, but I’m here to turn it up a little bit,” Carbone told Robb Report last June. “I’m going to play music in the restaurant. I’m going to maybe set the lights a little darker than I might normally do. We’re going to fill the place up with people. I like the volume that people put into a space.”

That wasn’t von Bidder’s style though. He took pride in it being the opposite. “The things that were special in the old place was that it’s one of those restaurants where you can have a conversation. Even if the place is completely full, you have privacy, and it’s not noisy. It’s spacious,” he told Robb Report prior to the relaunch. “I took sound samples to see if we could duplicate the sound as it was before, or the silence as it were.”

Now, the Four Seasons will be silent forever after it hosts one last lunch today.