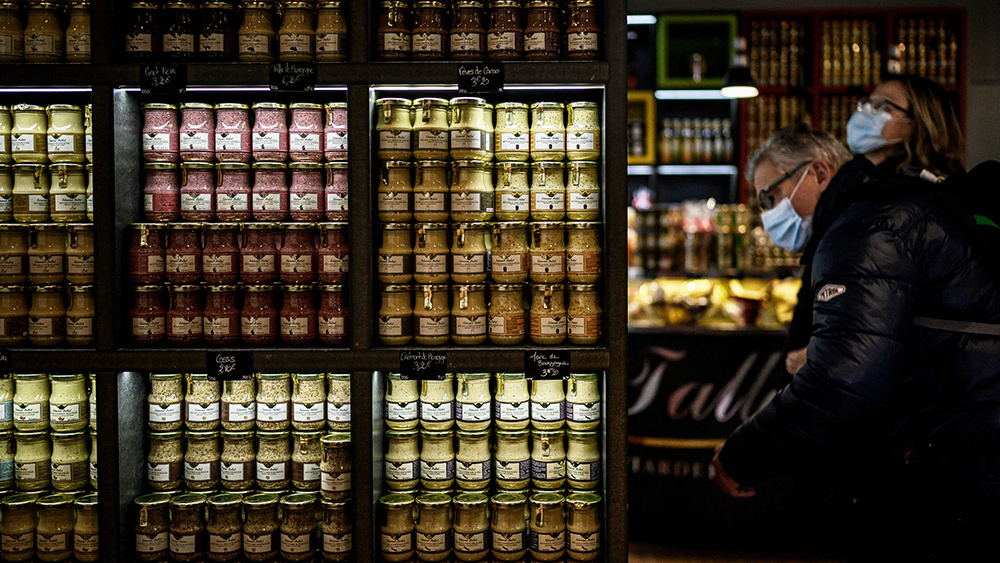 France is in crisis. And no, it has nothing to do with the political situation in the country. It’s something much more quintessentially French: Dijon mustard is in short supply, if shoppers have been able to find it at all.

A series of overlapping issues has led to the mustard mess, beginning with bad weather and climate change. Burgundy, where the city of Dijon lies, experienced a wet winter, and some mustard producers harvested less than half of what they had expected to, Luc Vandermaesen, the general manager of Reine de Dijon, told The Guardian in May. Then Canada, the second-largest mustard-seed producer in the world, had its exports cut in half, partially due to the terrible North American heatwave that occurred last year, according to the Financial Times.

That would have been bad enough on its own, but with Ukraine also being a major exporter of mustard seeds, Russia’s invasion has led to even more difficulties. And then on top of that, the mustard market has seen the same supply-chain issues that have hit just about every industry.

“We didn’t think we would have such a shortage,” Vandermaesen told the FT.

Because of the limited supply, the cost of the seeds has skyrocketed. In some cases, wholesale prices have been double or triple their normal level. And when Reine de Dijon tried to buy seeds in April, they were six times the regular price from 2021, according to Vandermaesen. For customers, retail prices have risen about 10 percent in the past year, although Vandermaesen noted that the financial impact for consumers should be minimal, since the average person in France spends only 4.80 euros on mustard per year.

Still, the lack of Dijon on shelves is worrying both everyday shoppers and chefs in France. The condiment is a key ingredient in many sauces and dressings, including your classic vinaigrette and rémoulade. “It’s fundamental to French cuisine,” one Parisian chef said in the FT. “There’s no mustard in Paris,” another Parisian said. “I’ve been to 25 shops, and we’ve found nothing.”

Vandermaesen, however, is optimistic that the mustard supply will make a strong return. He’s hoping that agricultural research will lead to higher yields and greater frost resistance in Burgundy at some point in the near future, “but we are going to have some difficult months,” he told the FT.

So, keep the mustard-lovers of France in your hearts. And maybe send them a jar of Dijon if you see it on your supermarket shelves.