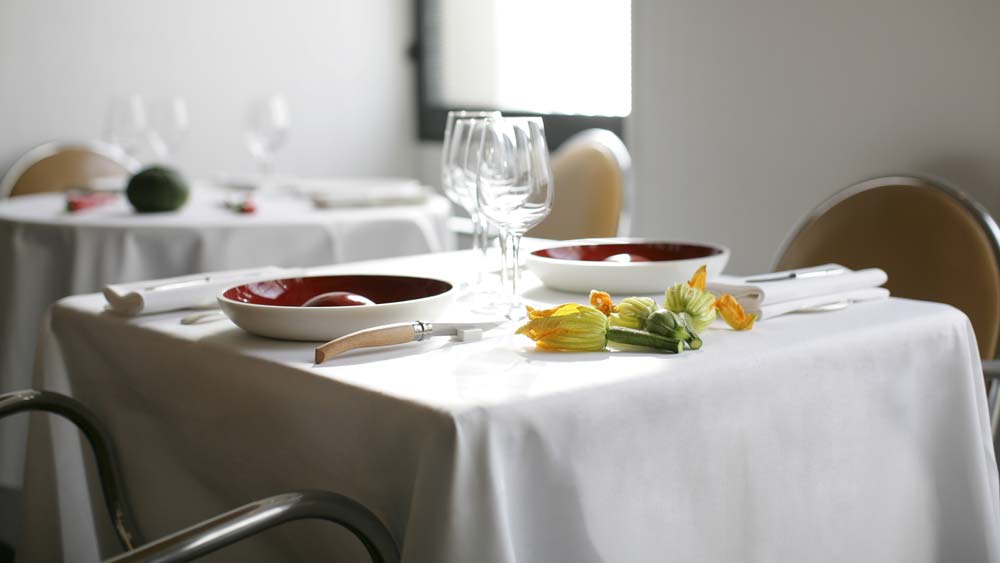 From the second floor of the Eiffel Tower—chosen as a symbolic nod to France’s rich heritage—Michelin announced its 2021 star selections on Monday.

Following one of the most calamitous years for French gastronomy in recent memory, chefs and restaurateurs across the country gathered virtually around their personal computer and laptop screens, tablets and phones to learn who among them had made the cut in the venerable red guide—and who among them had not. This year 57 restaurants obtained new stars, while 45 lost them. But in the wider world of French gastronomy some questioned whether the 2021 edition should have gone forward in the middle of a pandemic that has decimated the restaurant industry.

It wasn’t supposed to go down this way. Last March, when Covid-19 arrived in France— its scale and scope still grossly underestimated at the time—Michelin announced plans for a splashy event that would take the annual French ceremony to Cognac in 2021, the first time it was to be held outside Paris. The event was supposed to mark a new strategy aimed at shining the spotlight on France’s regional gastronomic heritage.

But shortly thereafter, restaurants and bars were ordered shut for about half a year across France due to Covid-19, first for months last spring, and then from the end of last October to now, with little chance of reopening this winter.

While there was no in-person audience at the Jules Verne restaurant where the 2021 event was held and livestreamed on social media, emotions ran high among winners, some of whom were summoned to the event without being informed of their win.

Choking back tears, Mazzia said his admission into the three-star club gave him a sense of validation as a chef.

“Thanks to you, and all the inspectors, today I’m proud to be able to say, I can now say, that I’m a chef.”

Another big winner was Mory Sacko, a 28-year-old Franco-Malian chef who was given one of two awards for best young chef and who also unlocked his first Michelin star for Mosuke in Paris. What’s particularly noteworthy of his win, however, is that the restaurant opened in September and closed two months later with the lockdown orders.

Which raises the question: How can you publish an exhaustive restaurant guide that inspires reader confidence based on six months of operations (two for Mosuke) and during a period when many chefs and restaurants pivoted to take-out, delivery and fast-food alternatives?

Why suspend Michelin guides for cities in the US, but continue to push out guides for other countries including France, which imposed some of the strictest lockdown measures in the world including the closure of restaurants for half the year?

Poullennec describes the decision to pursue a 2021 edition as a salute to the chefs and restaurateurs who returned to their kitchens and churned out gastronomic meals at a time when nothing was certain.

“Despite the economic crisis, the motivation, talent and know-how of the chefs are still there. For us, our goal was to say ‘you did well, you managed to overcome the crisis and meet the expectation of your clients,’” he told Robb Report in a phone interview following the event.

To publish this year’s guide, Poullennec said they flew in inspectors from other countries to help carry out inspections in France and insisted that the same number of inspections were conducted as any other year. Their methodology and criteria for rating a dish—officially, Michelin ratings are based solely on the food—also remained unchanged, he said.

While Poullennec declined to provide more details, he said that 20 percent of inspections were carried out by members of the international teams and that French inspectors voluntarily sacrificed their holidays to meet deadline.

Meanwhile, in interviews with influential figures of the local gastronomy scene ahead of the announcement, opinions were divided.

Hélène Pietrini, a well-known figure on the international culinary stage and recently tapped as the managing director of restaurant ranking La Liste, said she was dismayed at Michelin’s decision to pretend “as if though it were business as usual.”

“Michelin hasn’t changed in the past 100 years and they still don’t want to change,” she said. “Everyone else has adapted to the context, but they don’t seem to want to make an effort.”

When Pietrini says “everyone else,” she’s referring to the World’s 50 Best Restaurants which canceled their 2020 event and launched a fundraising campaign instead; the Good Food Guide in the UK and Zagat which canceled their 2021 guides; and her own outfit, La Liste. Launched in 2015 with France’s Ministry of Foreign Affairs as a counter-ranking to the World’s 50 Best, La Liste compiles their ranking by aggregating reviews and ratings from guidebooks and online publications and feeding the information into an algorithm. Results are based on hard numbers, organizers say, rather than arbitrary reviews.

But given the global situation, La Liste chose a different strategy altogether this year, opting instead to bestow awards and titles to international chefs in categories like innovation, sustainability, artisan, authenticity and new talent—categories she said represent “the new pillars of the future of gastronomy.” The winners were announced last week.

“It’s not the time to rank restaurants,” she said. “I personally believe a lot in these awards because it’s an opportunity to look at gastronomy in multi-faceted ways rather than just going from bottom to top.”

In Le Figaro, culinary critic Emmanuel Rubin also criticized Michelin’s decision to forge ahead with the 2021 publication, calling it a missed opportunity for “much-needed reform.” In the column, Rubin goes so far as to wonder if Michelin wouldn’t have been better off using the year to reinvent the brand altogether, which has been criticized for being conservative, predictable and opaque.

But food journalist Ezéchiel Zérah points out that publishing the guide at this time—as somber and uncertain as it is—is a symbolic gesture meant to boost morale among chefs and restaurateurs, echoing Michelin’s reasoning.

“The Michelin awards is a big event for haute gastronomy in France. The announcement of new one or two-starred restaurants is welcome news at a time when chefs and restaurateurs need it.”

Franck Pinay-Rabaroust, who helms one of the most influential food blogs in France, Atabula, agreed, saying it was the “obvious” decision.

“It’s important to show that the gastronomy scene is still alive. Today, it’s in a coma because of the closures, but Michelin is saying that gastronomy in France is still alive and that when restaurants reopen, there will be new starred chefs to look forward to.”

On Instagram, some of the country’s biggest names in French gastronomy Christian Le Squer (Le Cinq) and Guy Savoy (Restaurant Guy Savoy), both triple-star titleholders, posted their support of the new Michelin selection. All three-starred restaurants maintained their standing in the latest edition of the guide.

“The Michelin Guide is very important for our profession,” Le Squer wrote.

Savoy published a promotional image of the event as well.

For others, the crushing burden of maintaining their star status during a catastrophic year proved to be too much. Six months ago, chef Gilles Tournadre of Restaurant Gill, in the northern city of Rouen, wrote to Michelin saying he no longer wanted his two stars, he told Europe1. Similarly, chef Alexandre Bourdas of Saquana in Honfleur in the same region, knowingly relinquished his two-starred status and transformed his fine dining restaurant into a bakery and tea salon which also sells take-out sushi.

Overall, 45 restaurants lost their star-rating in the latest guide, for reasons that range from permanent closures, new culinary concepts or subpar quality, an outcome Zérah had predicted would be a bitter “double punishment” for chefs during the pandemic year.

They include L’Abeille at the Shangri-La Hotel Paris, Antoine in the 16th arrondissement and Sylvestre at Hotel Thoumieux, all of which closed permanently in 2020.

One estimate puts the potential number of permanent restaurant and bar closures as high as 40 percent across France, even after government aid.

Meanwhile, though Zérah believes there will always be demand for traditional fine dining, he also sees a lesson in the current crisis for post-pandemic haute gastronomy.

“Since the ‘70s, fine dining has been all about the individual meal,” Zérah says. “But personally, I think we crave reconnection and the pleasure of sharing a meal. I would like to see that translated into family-style sharing dishes at the same table.”