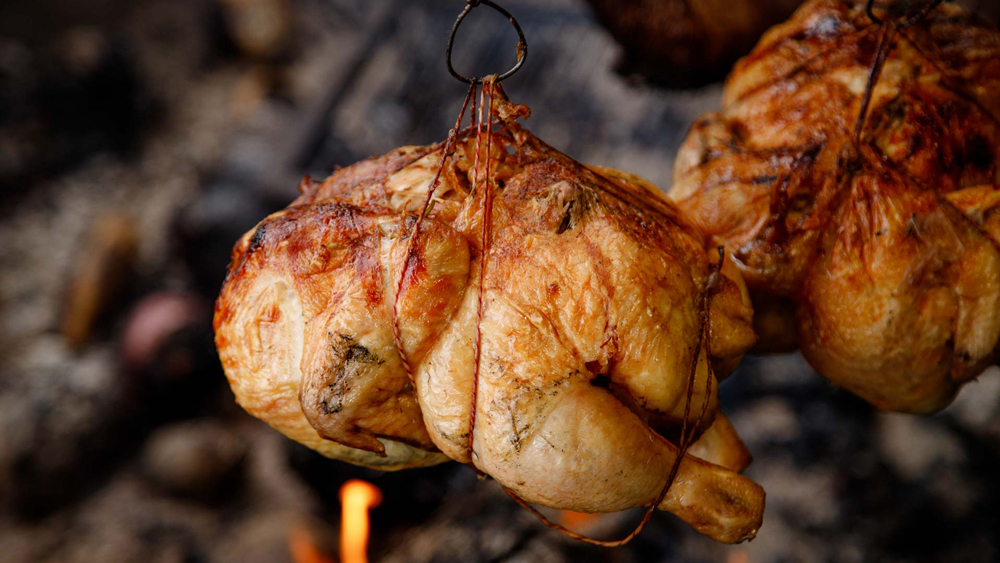 While known in culinary circles for years, many people’s first introduction to acclaimed chef Francis Mallmann was the first season of Netflix’s Chef’s Table. The Argentine chef charmed viewers by telling the story of eschewing classic fine dining to cook with live fire. It’s a patient and romantic way to cook, forcing you to be actively engaged in order to tame the ever-shifting nature of the flames. He’s cooking in embers, hanging meats above fire, leaning whole carcasses near a blaze and more.

Mallmann has appeared on various shows to espouse his back-to-nature cooking philosophy, including Mind of a Chef, and published a cookbook Seven Fires: Grilling the Argentine Way, but he’s now offering his first ever online video-based cooking course. The class by YesChef offers more than 40 recipes and six hours of exclusive video documentary and instruction.

YesChef, which also features classes from Nancy Silverton and Sean Brock, combines the in-depth instruction of MasterClass, but fuses that with the more cinematic filmmaking akin to a show like Samin Nosrat’s Salt Fat Acid Heat. So instead of coming to you from a studio kitchen, Mallmann comes to you from his island and his rustic outdoor kitchen where he’s burning his different fires around him as the camera moves around him untethered to a tripod. And there’s not just clips of Mallmann cooking but sweeping drone shots of his island, close-ups of embers crackling in the fire and snippets of the chef sipping coffee as he waits for a dish to finish. It’s a vibe.

You’ll learn all about his take on meat, how to cook his beloved potatoes, his more vegetable-forward approach to cooking these days and more.

Now, is it the most practical thing to hang a chicken over fire for six hours in a makeshift pit in your backyard while vegetables hang out in the coals of the fire for nearly four? Probably not. But it is fun to watch how he does it and maybe adapt some of the techniques to your own cooking.