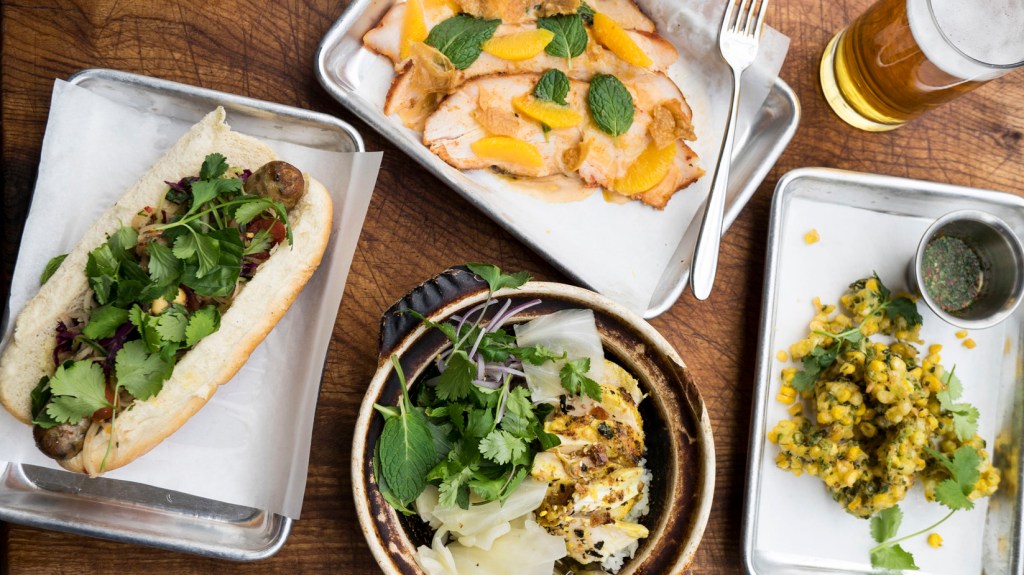 Like Transformers merging into a larger, more imposing robot, award-winning pitmaster Aaron Franklin of famed Franklin Barbecue, and award-winning chef Tyson Cole of Uchi have combined their powers to create the “Asian smokehouse” Loro. One of the most eagerly anticipated restaurants across the country, it opens today in Austin.

Nearly a decade ago, Franklin opened his eponymous barbecue, becoming such a legendary pitmaster that people wait in line up to seven hours every day to get some of his famed brisket. Instead of opening another outpost of Franklin, he’s found a partner in Cole.

After putting in his time learning from sushi masters, Cole rose to prominence in Austin with his take on Japanese cuisine, opening Uchi in 2003. He expanded, opening Uchiko in 2010, and the following year won the Beard Award for Best Chef: Southeast. Since then he’s grown his empire to include restaurants in Dallas and Houston and soon Denver. With Loro, he’s getting the opportunity to expand outside of Japanese cuisine, giving him the chance to explore Southeast Asian flavors as well.

“The complex flavors of Southeast Asian food, ranging from the acidity in citrus, to heat from a variety of spices, to all the clean fresh flavors of the herbs, create a balance that is the perfect counterpoint to the richness of smoked meat,” says Cole.

Serving both lunch and dinner, diners will order at the bar then have food brought to them. That same bar will feature batched cocktails as well as a selection of boozy smoothies, as well as sake, wine and beer on tap.

“Loro’s goal is not to be a five-star restaurant,” Cole told Eater Austin last fall. “It’s not fine dining. What it is supposed to be is fun, familiar, delicious, craveable, somewhere you want to go once a week, but make it new, something sustainable.”

The whole menu will be served all day, except for Franklin’s famed smoked beef brisket. That will only be available after 5 PM. “It’s marinated with nuoc mam and finished with herbs and chili oil. That dish is probably one of the most literal combinations of our styles,” Franklin says.

So for those venturing down to Austin only to end up on the wrong end of the Franklin Barbecue line when it runs out in the morning, there’s a chance to still get your Franklin brisket fix while in town.