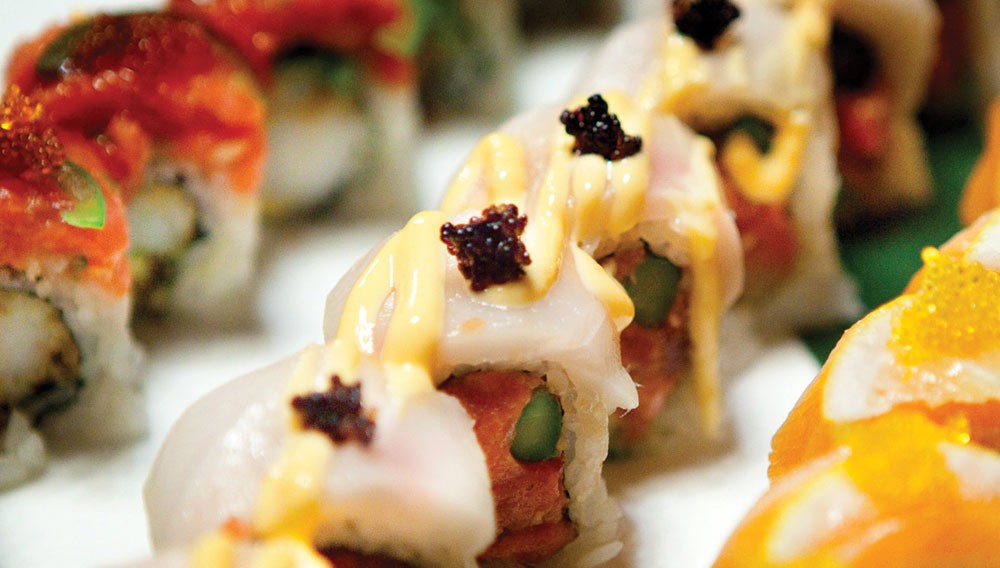 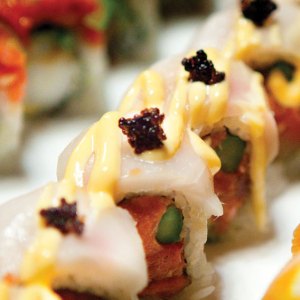 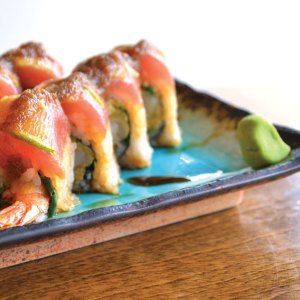 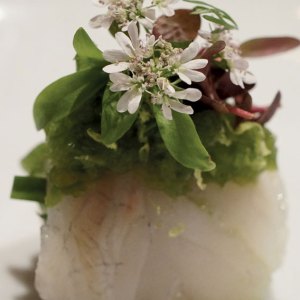 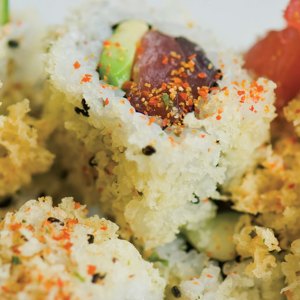 Sushi purists might argue that sashimi, nigiri, and traditional rolls showcasing fish and simple vegetables are the three best and only true forms of the delicate, centuries-old specialty. After all, Masa Takayama and Nobu Matsuhisa have achieved critical success by sticking with those staples in their multiple restaurants. The traditional roll has evolved into more elaborate and creative preparations in recent years, though, where numerous—and often exotic—ingredients meld for unexpected and delectable results.

Any reputable sushi chef knows that a makimono’s success rests on the quality and flavor of the fish; and that’s the one factor that Ariane Zewe, a gourmand living in San Francisco, puts first when evaluating the sushi restaurants in her neighborhood. “At the end of the day, it comes down to the basics,” she says. “Even if a sushi chef throws 15 ingredients together, the headline is still the fish.”

According to Zewe, whose New Orleans upbringing ingrained an appreciation for high-quality fish, no place in San Francisco does it better than Umami (www.umamisf.com). The Japanese tavern’s sushi chef, Akira Yoshizumi, has developed close relationships with fish purveyors in various Japanese markets over the years, and that has allowed him to spotlight lesser-known species such as butterfish, Japanese sea trout, and icefish (a seasonal, mild whitefish). Makimono standouts on the menu include the Buttercup—a tuna, green bean, and avocado roll topped with butterfish, tobiko, and spicy aioli—and Hotsui—a snow crab, avocado, and cucumber roll topped with butterfish and hamachi and served with ginger, scallions, ponzu, and sizzling oil.

Despite the rolls’ complex flavor profiles, it’s the fish that brings Zewe back to the restaurant once a week; and as novel as the intricate combinations of ingredients might seem, they are successful, she says, because Yoshizumi focuses on the main attraction. “He’s not putting all of these things on it to mask a flavor or to hide something,” she says. “He’s adding them because he knows that they accentuate the flavor.”

Matt Hutchinson, a sushi enthusiast, also enjoys the pairing of exotic flavors with Japanese cuisine, and he says that at Sushi Blue (www.billwhiterestaurantgroup.com/sushi-blue) in Park City, Utah, he gets the best of both worlds—high-quality fish and creativity. “You’re going to taste a lot of combinations that you haven’t had somewhere else,” he says of Sushi Blue’s offerings. “When you’re spending what you’re spending for sushi, you want to reward originality; I prefer to see and try something different.”

Originality is a mainstay on the restaurant’s makimono menu, as are tongue-in-cheek names such as Holy Shishito, Kimchi Kardashian, and Mike Thai Son! The latter is a combination of spicy tuna, basil, red bell peppers, and peanuts, topped with hamachi, lime, and a Thai coconut curry. Regarding the menu’s exotic ingredients and bold flavors, Hutchinson says that most are used sparingly. The one exception, he says, is the Kardashian roll: sesame salmon, cucumber, and kaiware (daikon radish sprouts) topped with red snapper and house-made kimchi. In that instance, he says, the kimchi dominates despite being used judiciously, which will appeal only to those who enjoy pickled Asian cabbage.

“You make a leap of faith any time you try something creative or exotic like that,” he says, “but if they put something completely wacky on the menu next month, I’d try it. It wouldn’t make it to the specialty roll list unless it was well tested.”

When Tyson Cole opened Uchiko (www.uchiaustin.com) in Austin, Texas, in 2011, the chef and restaurateur wanted to highlight Japanese farmhouse dining and sushi, not the contemporary Japanese cuisine that he continued to serve at his first restaurant, Uchi. But loyal followers demanded that the new menu include one particular item: the Shag—a roll of salmon, avocado, and sun-dried tomato that is coated in tempura batter and fried. “It goes from the crunch of the exterior with the tempura batter that hits your mouth first and then it melts in your mouth,” says Diane Dixon, a devoted patron who’s ordered the roll at least 50 times. “It’s the kind of dish that is very comforting, yet exciting and interesting. You eat one and you say, ‘Oh God, I want another.’ You almost can’t stop at one.”

A singular bite is apt to be all a patron gets with a dish at Boston’s O Ya (www.oyarestaurantboston.com), but chef and restaurateur Tim Cushman makes sure to pack plenty of power into each of those bites. O Ya doesn’t serve makimono, but its traditional cuts of sushi deliver far-from-traditional flavors. The fine-dining establishment’s broad array of nigiri includes standouts like wild ivory king salmon served with lemongrass curry sauce, toasted garlic, and sesame; and bluefin maguro with caramelized onions, foie gras ponzu, and crunchy gobo.

The restaurant’s sashimi menu is no less diverse. Jan Holzer, a patron who has dined at O Ya almost 100 times, points to one sashimi offering that he believes every first-time visitor should try: suzuki sea bass topped with cucumber and jalapeño vinaigrette, avocado, benitade, and cilantro. “It’s a great palate cleanser with such fresh flavors; it will never be overpowering,” he says. “You could eat a dozen of them and be happy not having anything else.”