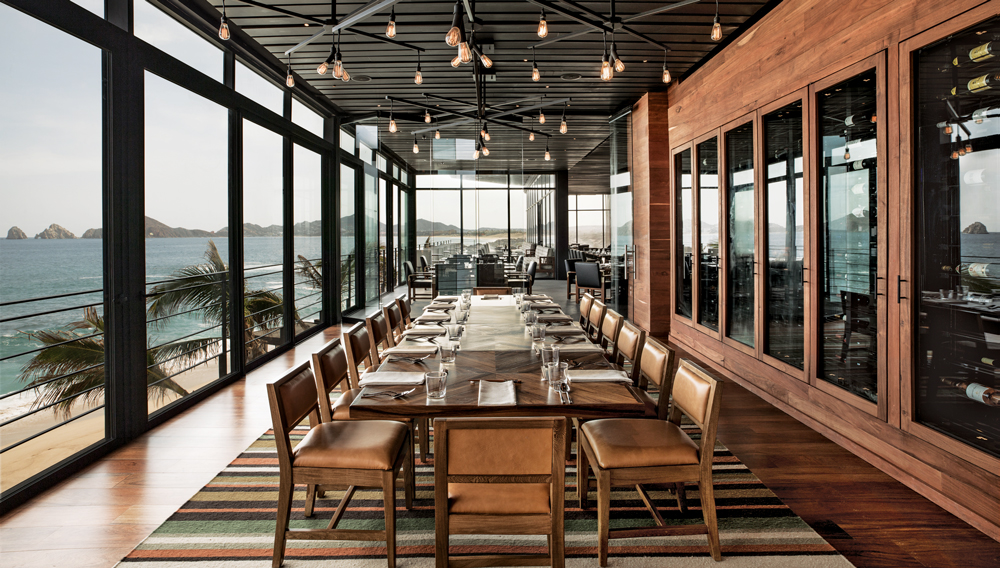 Enrique Olvera’s growing empire of inventive Mexican cuisine has landed in Los Cabos. The chef, whose acclaimed restaurants include Pujol in Mexico City and Cosme in Manhattan, debuted the 114-seat Manta (thompsonhotels.com) in June at the Cape, a Thompson Hotel. Hand-painted floor tiles and shelves lined with antique tortilla presses and colorful pottery decorate the light-filled space, which overlooks Cabo San Lucas’s famous El Arco rock formation. In the open kitchen, Peruvian and Japanese influences bring new life to local specialties, as exemplified by the octopus cocktail with charred habanero peppers. Olvera also oversees the hotel’s other dining venues, including a rooftop lounge and a casual alfresco café called Ledge. And for those interested in the inspiration for dishes such as the chef’s 700-day mole, there is his new cookbook, Mexico from the Inside Out.