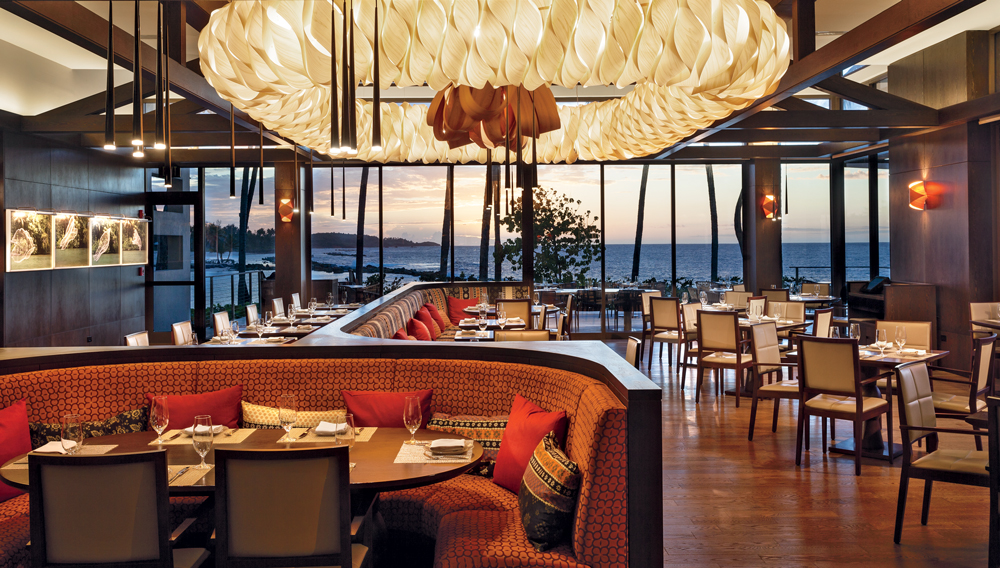 On any given night, the restaurant Mi Casa (shown), inside Puerto Rico’s Dorado Beach, a Ritz-Carlton Reserve, buzzes with blissful diners savoring José Andrés’s tropically inflected cuisine. But from November 5 through 7, Andrés will transform the entire 1,400-acre coastal hideaway into an epicurean destination for the first annual Culinary Getaway with José Andrés & Friends (starting at $5,136 for three nights, ritzcarlton.com).

Andrés will kick off the festivities with a paella party at the restaurant, and then the friends—Anthony Bourdain, Eric Ripert, and Puerto Rico’s own Jose Enrique—will join in with interactive cooking classes, a beach barbecue, rounds of golf, a gala dinner, and a Champagne brunch. With wine tastings and rum cocktails in between, hitting the hushed Spa Botánico may just be a necessary part of the itinerary.