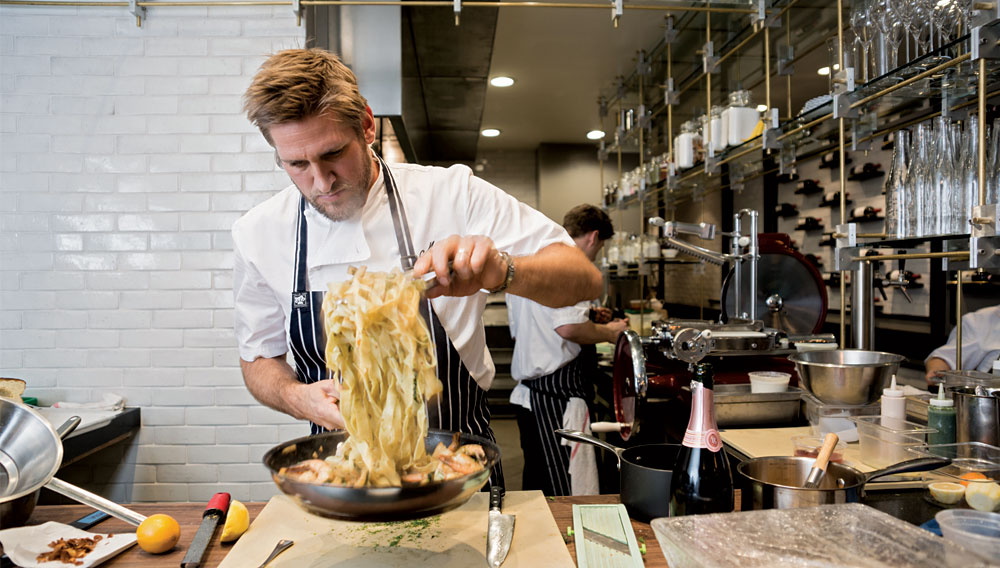 Curtis Stone—the Australian chef who graduated from the kitchens of Marco Pierre White into a career in television, cookbooks, and consulting—is trying something new: opening his first restaurant. Named Maude (www.mauderestaurant.com), after his grandmother, the 25-seat space on a low-key block in Beverly Hills is as intimate as a parlor, with dark paneling and antique dinnerware. But for all his restaurant’s homey qualities, Stone is holding nothing back in the kitchen: His nine-course tasting menus (about $75), which change monthly and are based on a single ingredient, are intended to dazzle. February’s citrus menu included an intricate crudo of spiny lobster with lemon gelée and an earthy duck raviolo spiked with finger lime from Stone’s backyard tree. Wine pairings (about $55) are by Ben Aviram, formerly of Alinea in Chicago, and the wine list will include vintages from Stone’s personal cellar. “I am,” Stone says with a laugh, “giving it my all.”

Robb Recommends: This New American-Made Chef’s Knife Will Become the Most Versatile Blade in Your Kitchen