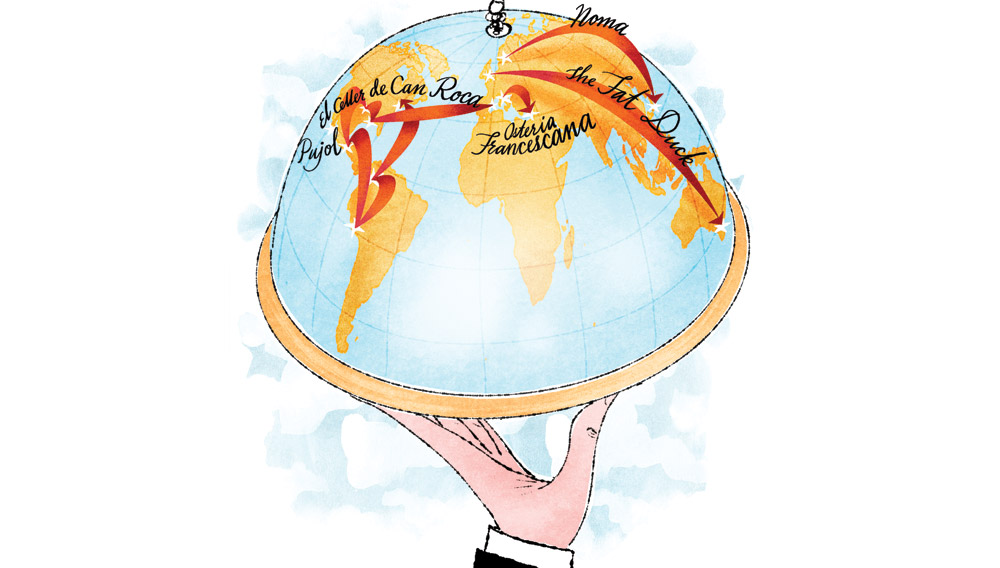 Seven of the world’s most influential chefs—each with a Michelin three-star restaurant and a spot on the World’s 50 Best Restaurants list—are making surprising moves around the globe and shaking up gastronomy near and far.

Next year, René Redzepi will move Noma, the paradigm of the hyper-local movement, from Copenhagen to Tokyo for a pop-up at the Mandarin Oriental (January 9–31). Dinner, including a night’s accommodation, is $1,470 for two. www.noma.dk

The three Roca brothers will close their Catalonia restaurant for five weeks starting in August for a series of global pop-ups, including Mexico City and Lima, Peru. www.celler​canroca.com

It is no surprise Enrique Olvera headed from Mexico City to New York City to open Cosme this year. What was surprising: opening Koba, a beach restaurant in Playa del Carmen, Mexico, in June. www.enriqueolvera.com