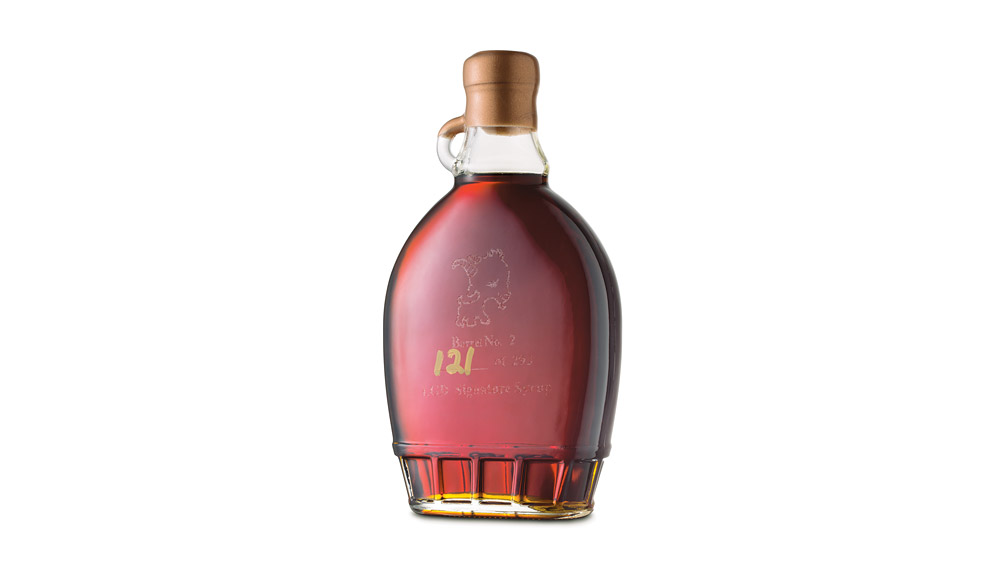 We first tasted Burton’s Maplewood Farm Barrel-Aged Maple Syrup ($35, www.burtonsmaplewoodfarm.com) at Little Goat restaurant in Chicago: Custom made for chef Stephanie Izard, it was aged in an applejack-brandy barrel, infused with Thai long peppercorns and star anise, and transformed into something intensely spiced and memorable. Tim Burton, the genius behind the syrup, ages small batches on his Indiana farm for a number of chefs and sells limited quantities in numbered, etched-glass bottles. The next release is a Breckenridge bourbon-barrel syrup (for the Little Nell in Aspen), followed by syrup aged in Maui rum barrels and infused with Kona coffee beans (for the Four Seasons Resort Lanai at Manele Bay), and perhaps most intriguing, syrup aged in a Pappy Van Winkle barrel (for Burton himself).