THINK OF BAMBARA (617.868. 4444, www.bambara-cambridge.com), the in-house restaurant for the new Hotel Marlowe in Cambridge, Mass., as the acclaimed Blue Ginger minus its owner/chef Ming Tsai. The Kimpton Group, which owns Marlowe as well as dozens of other boutique hotels throughout the country, recruited executive chef Tom Berry from Tsai’s Blue Ginger in nearby Wellesley, Mass., where he served as the Food Network star’s right-hand man, developing recipes and helping to create the menu. “Blue Ginger was a huge part of me, and I was a huge part of Blue Ginger,” says the 28-year-old New Hampshire native.

Berry describes his menu as a New England take on American cuisine. One restaurant reviewer noted that the menu is better suited for earnest eaters than for food critics. If the two are indeed mutually exclusive, then consider us earnest in our praise. 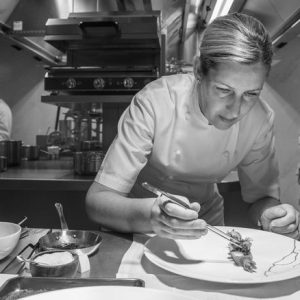 Chef Massimo Bottura on Late-Night Cravings, Gucci Sweaters and Being Too Shy to Meet Bob Dylan