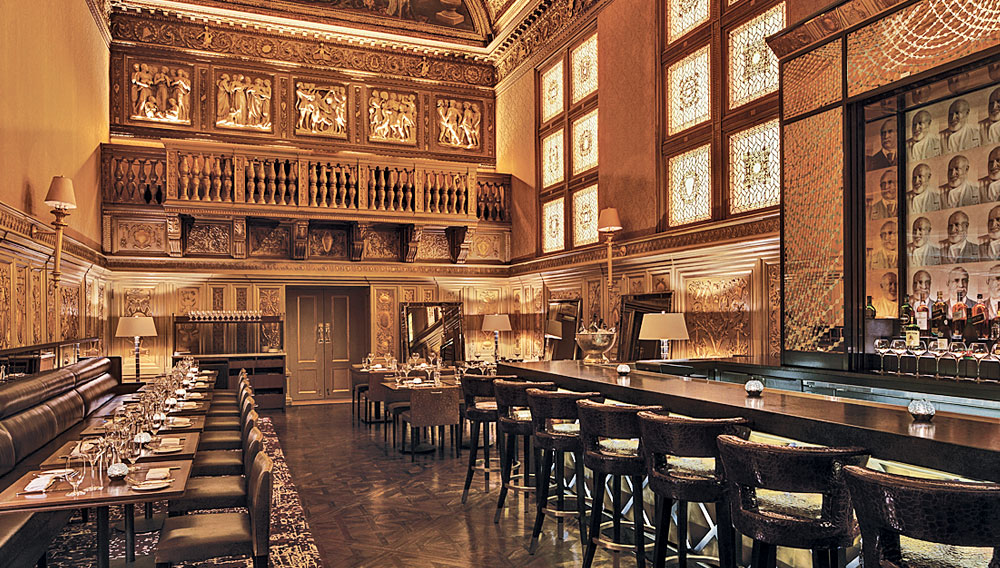 One of the most opulent spaces in New York City—the gilded Villard Mansion on Madison Avenue—has embarked on a glittering new chapter as part of a $140 million renovation of the New York Palace Hotel. Michel Richard, the French chef known for feats of culinary trompe l’oeil, has opened Villard Michel Richard (www.villardmichelrichard.com) in what was formerly Le Cirque 2000 and Gilt. The interiors, by the designer Jeffrey Beers, accent the original 1882 details with elements such as an art installation behind the bar (shown). The 110-seat restaurant and bar offers a sophisticated bistro menu, but serious food lovers will want to reserve one of the 14 glowing tables in the Gallery, where Richard will create six- and nine-course tasting menus with dishes such as Lobster Begula Pasta, a play on beluga caviar involving pearl pasta tinted with squid ink.