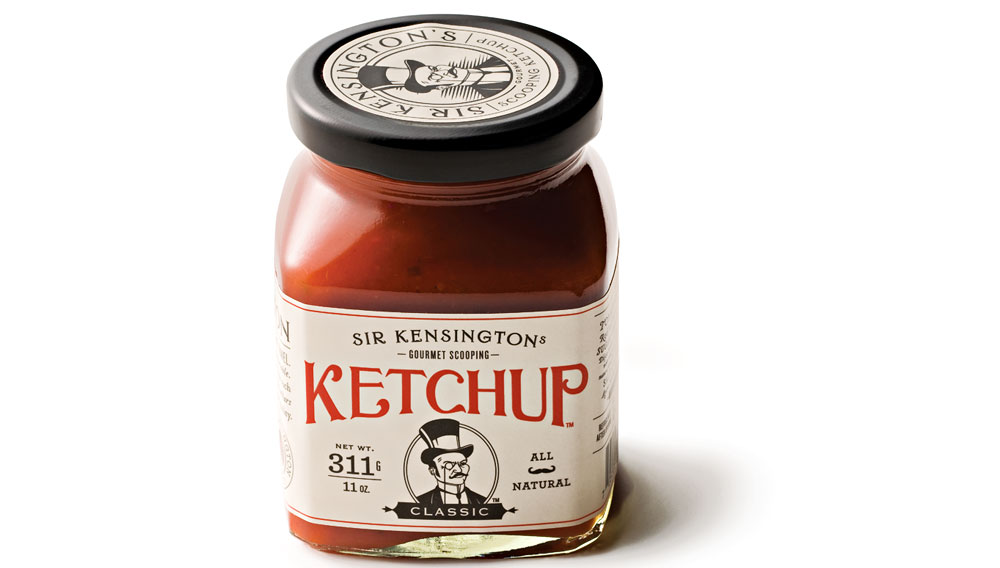 The imaginative marketers at Sir Kensington’s, a purveyor of fine condiments based in New York City, introduced Sir Kensington’s Gourmet Scooping Ketchup (www.sirkensingtons.com) with a tale as inventive as its taste. The story goes that during a culinary symposium hosted by company founder Sir Kensington, Catherine the Great requested ketchup to flavor her serving of the Kobe beef that the emperor of Japan had brought to the event. After Sir Kensington failed to provide ketchup suitable for an imperial palate, he spent the ensuing months formulating his own version, a puree so rich that it has to be scooped, not poured. Like the story of its origin, the ketchup is a creatively spiced concoction.