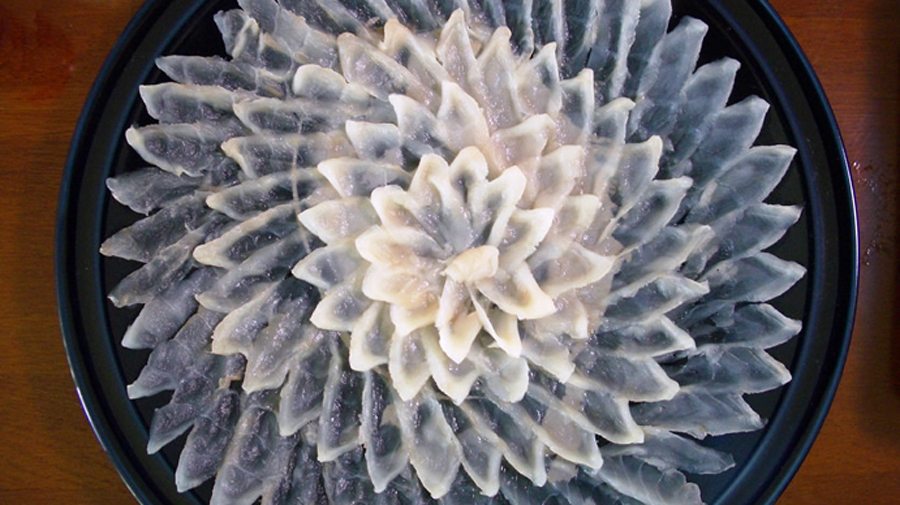 Fans of sushi—and The Simpsons—know all about the fugu. The Japanese delicacy, also known as pufferfish, has a dark side. The edible parts of the fish—served as sashimi or fried—are surrounded by landmines that could kill you, which Homer Simpson feared would happen to him.

“The liver, gonads (ovaries and testes), intestines, and skin of some puffer fish contain the toxins tetrodotoxin and/or saxitoxin,” the Food and Drug Administration warns in its advisory on pufferfish. “These toxins are more deadly than the poison cyanide and can affect a person’s central nervous system.”

Such warnings haven’t stopped the Michelin-starred sushi bar Satsuki, and its attached kaiseki restaurant Suzuki, from bringing fugu to New York City. “Because it’s relatively rare in the U.S. and it is a poisonous fish, many would consider this a “challenge” food,” restaurant owner Yuta Satsuki tells Robb Report. “Of course, for the Japanese, it’s a popular fish consumed by many.”

Even in Japan, though, it’s not always consumed safely. Between 2006 and 2015, 10 people died eating fugu. And a couple of years ago five people were sent to the hospital after eating fugu liver in a hot pot.

But diners at Suzuki and Satsuki should have nothing to worry about. When the fish is handled properly, it’s safe. “We purchase all our fugu from a certified source, the Tora Fugu Buyers Association. It’s the only distributor that is legally importing Tora Fugu,” Satsuki says. “The toxins are fully removed from the fish before it is being imported to the States. It’s checked by the Japan Food Customs as well as the FDA before it comes to us.”

Each restaurant will present fugu in different ways. At Satsuki it can be part of the omakase experience, or fugu nigiri can be added a la carte for $15 per piece. At Suzuki, traditional fugu tessa—thinly sliced sashimi—is served with skin for $75 for eight pieces and $145 for 16 slices. Suzuki is also offering Fugu Karaage—which is fried—for $22 per piece, with a minimum order of three pieces.

So if you eat fugu at Satsuki or Suzuki, like Homer Simpson, you’ll find it to be delicious, and in the end, you’ll be totally fine.