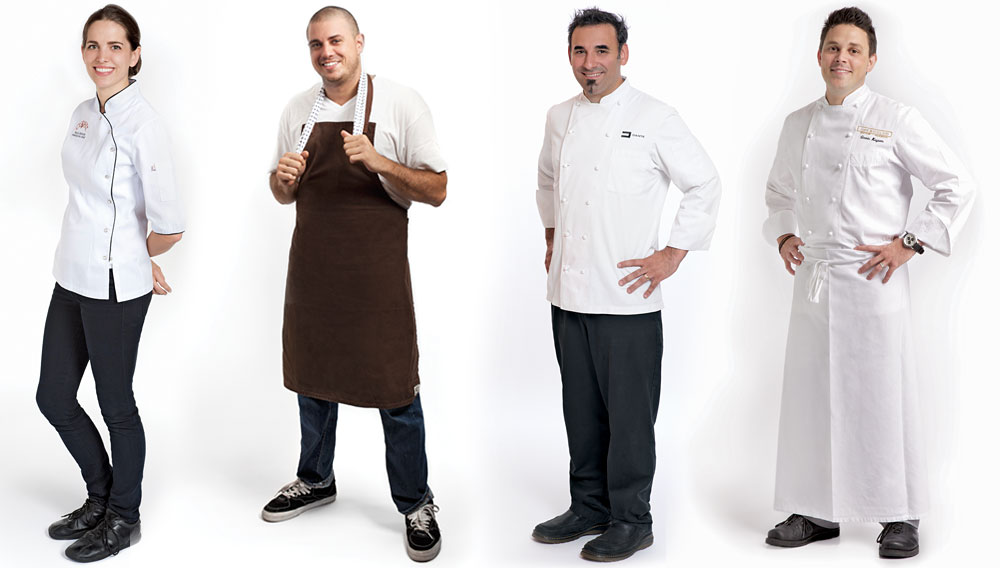 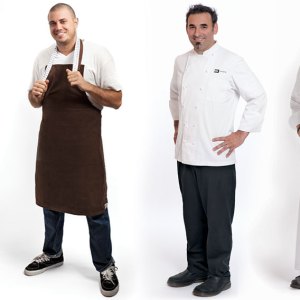 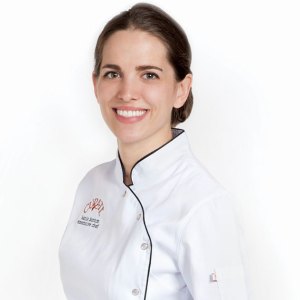 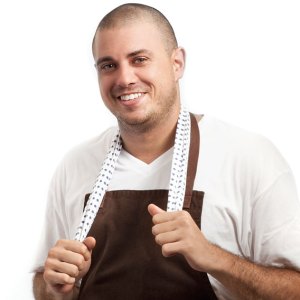 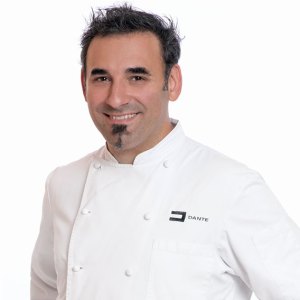 Nominated as the best up-and-coming chefs in 2012, these Culinary Masters competitors went on to a year filled with more accolades, new restaurants, and a book deal.

Winning the first annual Culinary Masters Competition was a career landmark for Katie Button. At that point, she had been a chef for only 18 months, all of them in a remote corner of North Carolina, and had never had the opportunity to test her skills outside of her own kitchen. “It gave me confidence and the ability to be proud that on a national level, I’m performing,” she says. “When you’re in your own restaurant, it’s hard to see how you match up in grander scheme of things. Can you stand up to people in San Francisco? You don’t know until you go out and do it.”

After her victory was announced in January 2013, her career quickly ascended to a new level. Her exciting, American interpretation of Spanish tapas earned her nominations as Rising Star Chef of the Year from the James Beard Foundation as well as a a finalist spot in the People’s Best New Chef competition in Food & Wine magazine. In March, Cúrate was named one of the 12 best places to dine in the United States by GQ magazine. This month, Button and her husband, Felix Meana, who manages the front of the house at Cúrate, won the StarChefs Rising Star Sustainability Chef award.

Button was also the subject of the June cover feature in Food Arts magazine, as well as a November article in the New York Times. And she has become a presence at culinary festivals such as South Beach Wine & Food, Atlanta Food & Wine, and Charleston Wine & Food.

This year, her plans include writing a cookbook based on the tapas she serves at Cúrate and, in February, opening a new bar and restaurant in Asheville. Called Nightbell, it will be hidden behind what looks like an antique store and will serve specialty cocktails with modern U.S. bar food. The lobster roll will be made with butter-poached lobster, house-made brioche, and browned butter with lemon zest; Button’s version of a grilled cheese sandwich will be fondue enclosed inside a crunchy packet made with brik pastry. The bar will be stocked with artisanal liquors and will serve cocktails made with liquid nitrogen, much like the Moonshine Margarita that Button served before her competition dinner. “The Robb Report dinner was the first sit-down dinner that I’ve done outside of my own kitchen,” she says. “And it was a fantastic way to begin.”  —M.B.

Over the course of the year, Matt Abergel’s modest bar and grill, which specializes in creative chicken dishes, became a sensation in Hong Kong. Yardbird is now one of the city’s hottest dining destinations, and its no-reservations policy has ensured long lines of eager diners (as well as maneuvers such as the chauffeurs of the city’s elite discreetly holding tables for their employers in efforts to sidestep it). The Yardbird craze was covered by publications including the New York Times and Food & Wine magazine; now the hip yakitori grill, owned by the chef and his business partner, Lindsay Jang, occupies a spot on San Pellegrino Asia’s 50 Best Restaurants list.

In March, the pair followed up that success with Rōnin, a new restaurant named after their toddler. The 14-seat izakaya-style tavern is a quieter, more refined showcase for Abergel’s way with seafood. The menu changes daily, and might include a geoduck clam salad tossed with cucumbers and shichimi vinaigrette, smoked silver beltfish tempura, or flower crab with mitsuba and uni. The dimly lighted bar serves a premium selection of Japanese whisky, umeshu, shochu, and sake.  —A.M.

Dante Boccuzzi continues to grow his gastronomic legacy in northeastern Ohio, where he already owns five restaurants. In February, he plans to open Next Door, a casual spot fittingly located next to his flagship restaurant, Dante, in Cleveland’s historic Tremont neighborhood. Unlike Dante—where Boccuzzi creates five-course tasting menus peppered with Italian, French, and Japanese influences—Next Door will be fast paced and Italian. The menu, inspired by Boccuzzi’s two years in Milan and his wife’s Italian heritage, will be based on house-made pastas and traditional Neapolitan pizza.

Boccuzzi also plans to open Coda, an intimate live-music venue, studio, and music school this spring in Cleveland. (Also a passionate musician, Boccuzzi placed a guitar pick at each table setting for his Culinary Masters Competition dinner.) “It is somewhere to let my music aggression out,” he explains. Coda will accommodate 40 for blues-, rock-, and jazz-themed evenings, with a full bar.  —A.M.

In addition to nominating George Mendes for this year’s Culinary Masters Competition, Daniel Boulud continues to shape the career of another talented Culinary Masters competitor, Gavin Kaysen. After seven years as the executive chef at Café Boulud, Kaysen has recently begun overseeing the entire Café Boulud brand, which has outposts in the Four Seasons Hotel Toronto and the Brazilian Court Hotel in Palm Beach, Florida. “It requires more travel, but it is interesting to see the differences between each restaurant,” says Kaysen. “You are cooking for different types of people and working with different personalities. It is a great learning experience.”

A Bocuse d’Or veteran, Kaysen also returned to the international stage last January as a coach for the 2013 U.S. team. After a seventh-place finish, Kaysen set his sights on leading the United States to its first Bocuse d’Or medal in 2015. “I want to steal the stage,” he says. “Japan”—the only country outside of Europe to earn a place on the podium during the 2013 Bocuse d’Or—“focused on their heritage and traditions. That is harder for the United States. Our service is more geared toward European styles, so we have to dig deeper. We need something original that includes the personality of the chef.” —A.M.