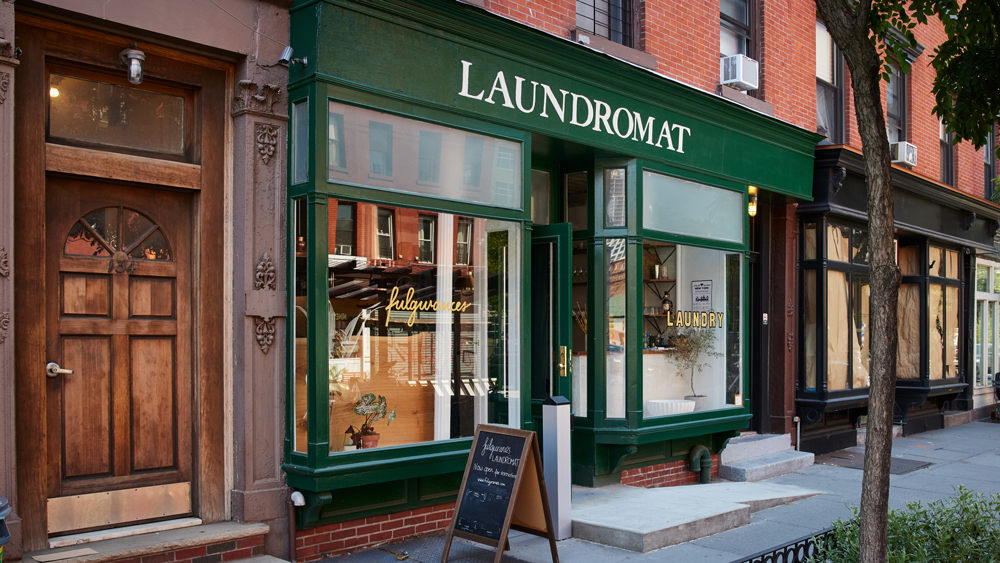 What if there was a restaurant that celebrated the unsung heroes of the kitchen—the chefs who aren’t celebrities, whose names aren’t on the sign outside or even on the menu, who never get interviewed, who aren’t owners and don’t have the final say?

Hugo Hivernat, Rebecca Asthalter, and Sophie Cornibert decided to find out. Fulgurances started as a French food magazine and began its foray into cooking with an event series called Les Seconds Sont les Premiers (The Sous Chefs Are Chefs), which invited sous chefs into the spotlight.

“The idea was born after we realized that, on multiple occasions, notably at Noma in Copenhagen and L’Arpège in France, the chef was not in the kitchen, and the sous chef was the one running the show,” says Hivernat. “We decided to bring these sous chefs into the spotlight by inviting them to cook for the first time in their name, as if it were their restaurant.”

In 2015, the trio opened Fulgurances L’Adresse in Paris’ 11th arrondissement as a culinary incubator for sous chefs and others without their own restaurants from around the world to have residencies for three to six months. The chef-in-residence constantly rotates, ensuring not only ever-changing menus but ever-changing food styles and inspirations as well.

“Fulgurances acts as an incubator, giving chefs a place to test their ideas, push their creativity, take risks, and define and refine their identity, before going off to open their own place,” says Hivernat. “During their residency, Fulgurances handles all of the administrative, financial, and HR aspects of running a restaurant, allowing them to be free to focus solely on their cooking.”

This spring, the group brought their unique concept stateside, when they opened Fulgurances Laundromat in New York City, inside an old Brooklyn laundromat.

“We always knew that we wanted to open another outpost of Fulgurances,” says Hivernat. “After travelling to many cities and exploring their restaurant scenes, we knew that New York would be the perfect place. There is an incredible energy in New York, the restaurant scene is constantly changing and evolving, and people are always on the lookout for what is new and exciting and don’t want to miss out on the next best thing. Fulgurances is like having a new restaurant open every couple of months.”

Fulgurances Laundromat is designed by re-a.d, an award-winning studio founded by French Architect Côme Ménage. The team retained original details from the building’s prior incarnation as a laundromat, such as the tin ceiling, raw brick, cement walls and the “Laundromat” exterior signage, coupled with contemporary details like sconces by Parisian studio Ovalum, custom tiles by Atelier Zelig and vintage chandeliers from Hudson’s Far Out Finds. Using natural materials as much as possible, the re-a.d. team aimed to echo the passion of a chef for simple ingredients that come alive when put together.

“We looked at historic New York markets and restaurants and were generally inspired by wood-heavy interiors with a fairly dark moody atmosphere,” says Ménage. “There are also a few elements that pay homage to French tradition including the comptoir, which is a very important part of every bistrot and one we designed for this project, as well as the upper shelf located right above it. We were also inspired by the stainless steel bulkhead above the kitchen at the Fulgurances Paris location and reinvented this for Fulgurances Laundromat.”

Like the original Fulgurances in Paris, each chef resident will take over as executive chef for a three-to-six month term at the chic Greenpoint neighborhood restaurant, offering a five-course tasting menu. Fulgurances Laundromat opened May 25 with a residency by Chilean Chef Victoria Blamey (previously of Gotham Bar & Grill, Chumley’s). She finished her run in August and handed the baton to Aaron Rosenthal, who took over the kitchen last week.

Rosenthal has been in the industry for more than a decade, spending time in northern France at La Grenouillere and then four years with Paris’ Septime group, notably as chef of Clamato. He also opened a deli with Tamir Nahmias and taught at Ecole Cordon Bleu.

“This is the first time I will be cooking my cuisine in my name in the United States since I decided to make the jump to move to France in 2012,” Rosenthal says. “After more than eight years of cooking and living in France, I am really looking forward to bringing back to the States everything I have learned and experienced. The last time I was cooking in NYC was when I was a young cook studying at the Culinary Institute of America.”

Rosenthal, who says he has yet to have any signature dishes, will be focusing on local and seasonal produce from the Union Square Greenmarket and the Hudson Valley, and there will be plenty of seafood.

“I love fish and shellfish, and especially oysters. During my time at Clamato I made it a point to go out to the coast and visit as many fisherman and shellfish farmers as I could,” says Rosenthal. “As a native Bostonian, shellfish towers are one of my favorite meals. I plan on always having my version of a shellfish tower to begin the menu.” He plans to include a smoked oyster from Greenpoint Fish & Lobster Co. with marigold flowers and colatura on the menu as well.

New York is full of famous chefs who need no introduction. But it’s also packed with incredibly talented chefs who get little recognition. Just like the chefs it hosts, Fulgurances Laundromat is growing into its own and hoping to change the way diners view the back-of-the-house staff. And, it’s giving New Yorkers the chance to experience the food of a chef before he gets too famous to actually cook.

“Fulgurances is a culinary playground created for chefs like me to test all the different ideas and dishes that I have been creating in my mind over my 10 plus years of cooking,” says Rosenthal. “It is giving me the opportunity to combine all my experiences in order to create what I consider ‘My Cuisine.’”