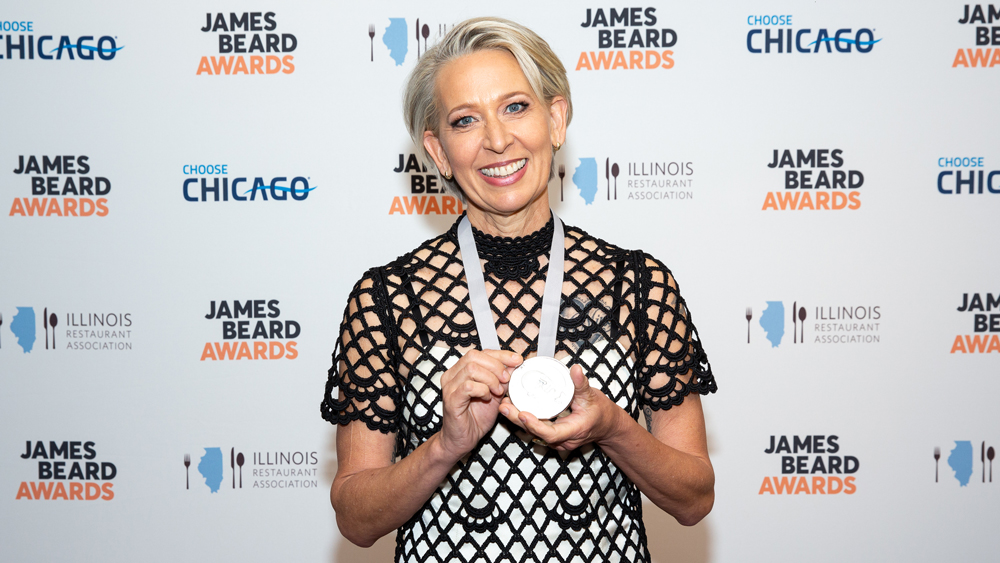 It was the last place you’d expect the tension in the air to be so thick you could nearly choke on it. The kickoff panel of this year’s Food & Wine Classic—Meet the Masters: Lessons from the Journey—seemed innocuous enough. Luminaries of the food world gathered in a ballroom at the Hotel Jerome in Aspen expecting the usual light fare of industry panel platitudes. They were served something quite different.

In a matter of days, Hamilton’s sterling reputation as a strong leader in the restaurant world—a world that can be sadly bereft of women of her stature—had taken a considerable blow. Now she’d answer for her decision, because it just so happened Hamilton would appear on that opening panel, in front of a room of her disappointed peers.

Hamilton sat on the dais with restaurant stars Hugh Acheson, Traci Des Jardins, and Will Guidara, defiant in the face of criticism, and confident she could provide the leadership that had failed the employees of the Spotted Pig under Friedman’s reign. But the room wasn’t receptive—primarily because Friedman’s reign really wasn’t ending. This would be a partnership to rehabilitate the restaurant, with Friedman still benefiting financially.

As the panel commenced, speakers seemed on eggshells. Acheson expressed his admiration for Hamilton. It’s hard not to marvel at her accomplishments. Her nearly two-decade-old restaurant in New York’s East Village, Prune, is an icon. Not only that, she’s a gifted writer, authoring the bestselling memoir Blood, Bones & Butter. And in May, at the James Beard Awards (the Oscars of the food world) she took home top prize as America’s most outstanding chef. As Acheson remembered fondly her winning that award, his remarks took a pointed turn when he addressed her partnership with Friedman. “This can’t be a hall pass for a predator,” he said in front of the clenched audience.

Order started to be lost as emotions ran high. The conversation didn’t remain confined to the panel. Jonathan Waxman, now a wise old sage of the community, shouted unprompted at the stage, “Why didn’t you just buy it outright yourself?” When Hamilton prevaricated, he stopped her and responded sharply, “I didn’t ask you what would be easy, I asked you why you didn’t buy it outright.”

She went on to make an ill-advised comparison between her taking part ownership of a for-profit business and the humanitarian work Jose Andres was doing in Puerto Rico. And Hamilton argued that her critics were taking too much of a scorched-earth approach to dealing with sexual harassers in the #MeToo era. She said she’d be on the side of “truth and reconciliation,” that wouldn’t just call for the Spotted Pig to be shuttered outright. However, her argument failed to convince anyone that the Spotted Pig was a restaurant worth saving in the first place. Why not just relegate it to the dustbin of history and help the current employees find new jobs instead of aiding Friedman’s bottom line?

The damage to Hamilton’s reputation wasn’t confined to that room. She was taken to task in the media, all while Friedman remained silent, letting her twist in the wind. Her flagship restaurant, Prune, has felt the repercussions of her decision as well. The place has become less busy and some staffers believe that’s because of the taint of the Spotted Pig, Grub Street reports.

It turns out all that reputational harm was for naught. Today, Eater NY reported that Hamilton, Merriman, and Friedman’s partnership was ending just months after they announced it. Last week, Hamilton sent an email to the staff writing that “we have come to the final impasse of our ability to move forward as operators of the Spotted Pig; we felt we needed to be the actual owners and final decision makers of the day-to-day decisions of the restaurant, and we couldn’t make our case persuasively enough for Ken to agree to that.”

Hamilton referred to the dissolution as “an awkward and regrettable—not to mention stinging—sadness.” She just as well could be referring to the last three months of controversy. This person who had been lauded for her intelligence, acumen, and leadership had shown a startling lack of all three as she tried to navigate her partnership with Friedman.

“As a woman who has experienced sexual harassment and assault at the hands of Ken Friedman, I was, of course, disappointed when I heard that a female industry leader like Gabrielle Hamilton was going to partner up with him,” former Spotted Pig server Trish Nelson told the New York Times today. “No matter how she tries to spin it, she was attempting to capitalize on the pain and suffering of others. She was being self-serving and opportunistic in the worst kind of way. Karmically this end result makes sense to me.”

So although Hamilton’s time at the Spotted Pig is over, it appears the repercussions of her short stint won’t end anytime soon.