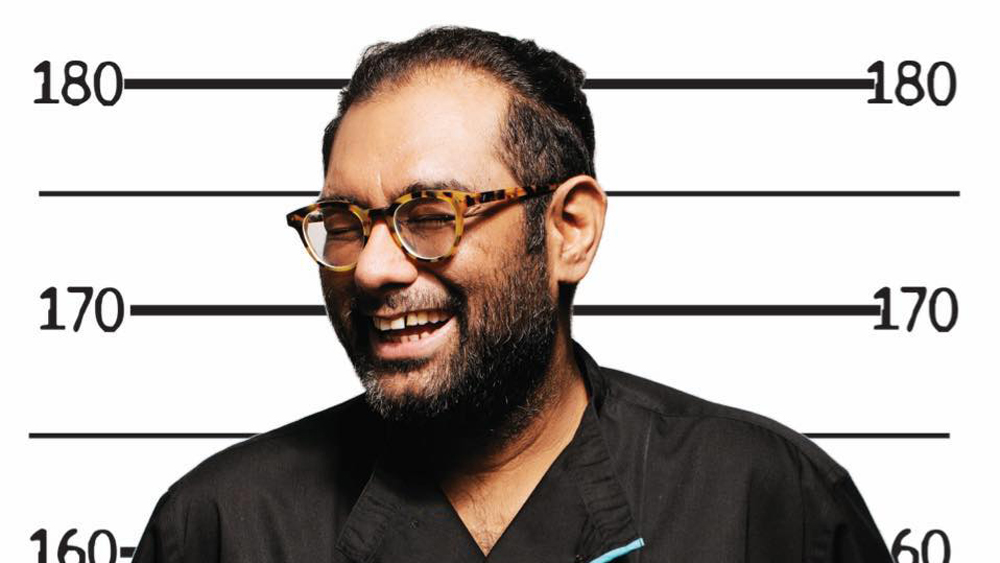 The end of Gaggan Anand’s eponymous, progressive Indian restaurant had long been foretold, but it wasn’t supposed to be this messy.

Back in 2016, Anand surprised the food world when he said Gaggan in Bangkok—the four-time winner of Asia’s Best Restaurant and currently No. 4 on the World’s 50 Best—would shut down in 2020. At that point, his groundbreaking restaurant would be a decade old, and he planned to relocate to Japan to open a new venture in Fukuoka.

He’d always thrived on a touch of the odd and unexpected. Gaggan became famous on the back of Anand’s whimsical touches to an El Bulli-inspired take on Indian fine dining and Chef’s Table episode that spread his name worldwide. He’d write his menus using emojis, he once made a dessert in the shape of the Minions cartoon characters and he’d find ways to force his well-heeled clientele to loosen up a little bit. His famous dish “Lick It Up” gave the diners a plate of food with no utensils—the only way they’d be able to eat it would be to lift the dish and lap it up like dogs while the Kiss song of the same name blared through the speakers.

But on the eve of this year’s World’s 50 Best ceremony, Anand did the unexpected yet again. Citing disagreements with the restaurant’s other shareholders, he resigned as chef effective June 24, more than six months before the restaurant was to close. He confirmed his resignation to Singaporean newspaper The Straits Times, saying “I’m planning to buy over the other shares, and if I succeed, I’ll still run the restaurant. Otherwise, I may open a new restaurant.”

He remained a shareholder despite his resignation, but his move caused a further rift to open with the other investors—one so big that it caused him to shut the restaurant down entirely this Saturday. On a long, emoji-laden Instagram post this week, he told the world of the closing, and let people who’d scored notoriously scarce reservations that they would be canceled and refunded.

With a touch of defiance, he’s already plotted his next move. The chef is opening another restaurant in Bangkok in October, serving roughly 40 people per night. And his ambition remains as big as ever. “In 10 years, I will be one of the greatest chefs of the 21st century. A world star,” he told Agence France-Presse. “Every year, at least 20,000 tourists already make the trip to Bangkok to try my cooking.”