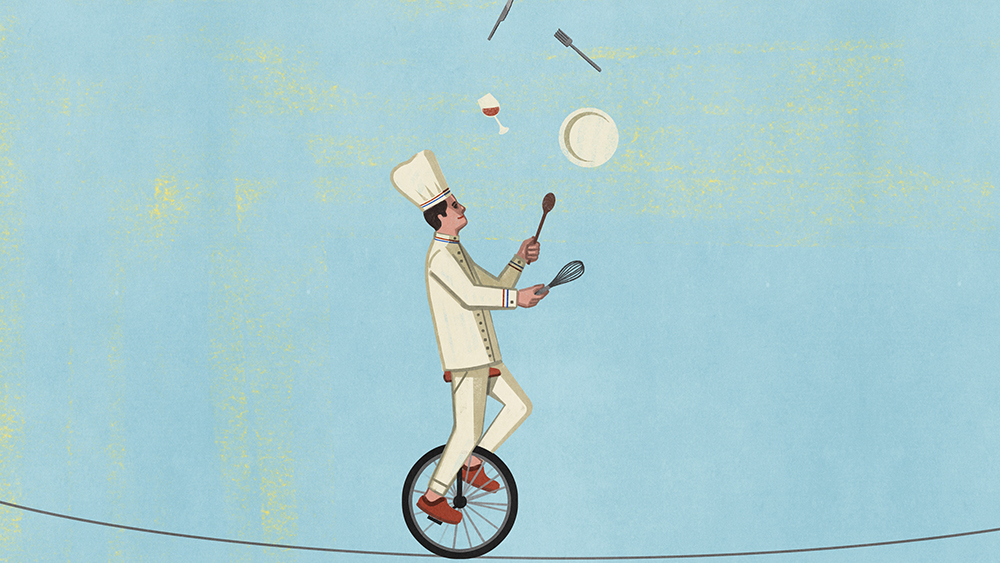 The Big Idea: The New Era of Indulgence

Like the prestige TV dramas of yore, restaurants that wanted to be taken seriously have for decades made themselves deathly serious. Prizes were bestowed upon the establishments that embraced precision in culinary technique and service. But fun? Laughs? No. Merriment was for frivolous venues where the food was secondary to the scene.

Even before the pandemic, those lines had begun to blur as highly regarded chefs opened casual concepts that still produced well-crafted cuisine. But as Robb Report traveled across America this past winter and spring, visiting restaurants in the wake of the industry being battered by Covid-19 for two years, we sensed a new mood emerging. Offering exceptional cooking was no longer enough. If a restaurant’s business recipe didn’t include some joy and swagger amid an atmosphere of conviviality, it found itself noticeably emptier than those that did. This is not the moment for studied Nordic tasting menus. It is not the time for establishments to be lauded as the World’s Best while serving dishes that are more “interesting” than enjoyable to eat. This is the era for being indulged.

A populace starved for the once-routine act of going out wants to go big. Restaurants are more than willing to accommodate with theatrical tableside service and dishes that practically beg diners to break out their phones and broadcast the opulence of their outings on social media.

In one of Dallas’s hottest venues, Monarch, patrons are dressed to the nines on a Tuesday night, reveling in the $1,000 wood-fired Alaskan-king-crab feast. At the new West Hollywood hot spot Issima, the glamorous diners have no qualms about tearing apart a whole grilled sea bass with their hands to assemble DIY fish tacos. In San Francisco, a Michelin three-star chef has opened a more laid-back place, San Ho Won, where he’s serving glorious slabs of grilled beef to share among friends. In New York, at Les Trois Chevaux, a downtown answer to the temples of French gastronomy elsewhere in Manhattan, you don’t have to choose when it comes to dessert. The chef will automatically send your table everything on the menu.

And at tasting-menu restaurants, those that do find themselves full—even on school nights—are embracing a joie de vivre alien to the cathedrals of haute cuisine of the past. There are no exegeses of dishes in hushed tones at Tomo in Seattle, where chef Brady Williams, clad in a black T-shirt, crafts a creative prix fixe, while Houston’s March exudes charm from the design to the drinks.

After two years of pandemic cheerlessness, diners want a taste of the good life, and the best new restaurants in America are giving it to them.