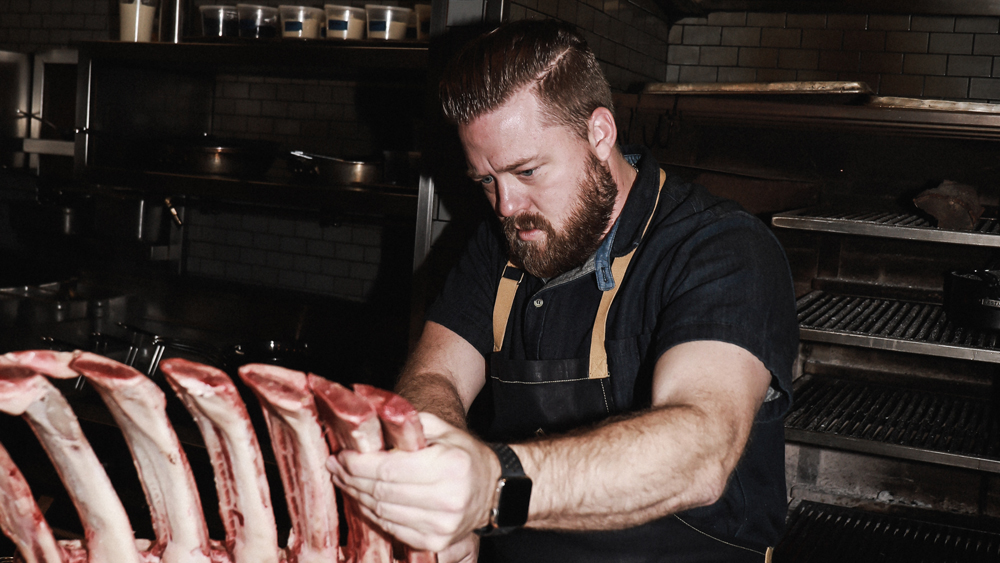 When the dish arrives at the table, at first glance, Otium’s agnolotti looks like your standard California-Italian pasta. It’s something you’d find around LA and up and down the Golden State. But chef Timothy Hollingsworth’s little pockets of sweet summer corn is different. Accompanied by chili, lime and cotija, the pasta melds Mexican and Italian flavors right on the plate, with the help of exceptional Southern California produce. It’s an effective cultural mash-up that exemplifies Otium—it draws from the traditions throughout LA, without striving to be “authentic.”

Before arriving in Los Angeles, Hollingsworth worked alongside Thomas Keller for years at the French Laundry and represented America at the culinary Olympics knows as Bocuse d’Or. He ventured out on his own in 2015, opening Otium alongside the Downtown LA’s groundbreaking new contemporary art museum The Broad. Along with running Otium, he recently won Netflix’s global cooking competition The Final Table.

Next up for Hollingsworth, he joins forces with Keller again at Robb Report’s Culinary Masters at the Fairmont Grand Del Mar just north of San Diego. They’ll each be cooking a course at the gala dinner. Before he joins us at the event, we caught up with Hollingsworth to find out his favorite places to dine in LA.