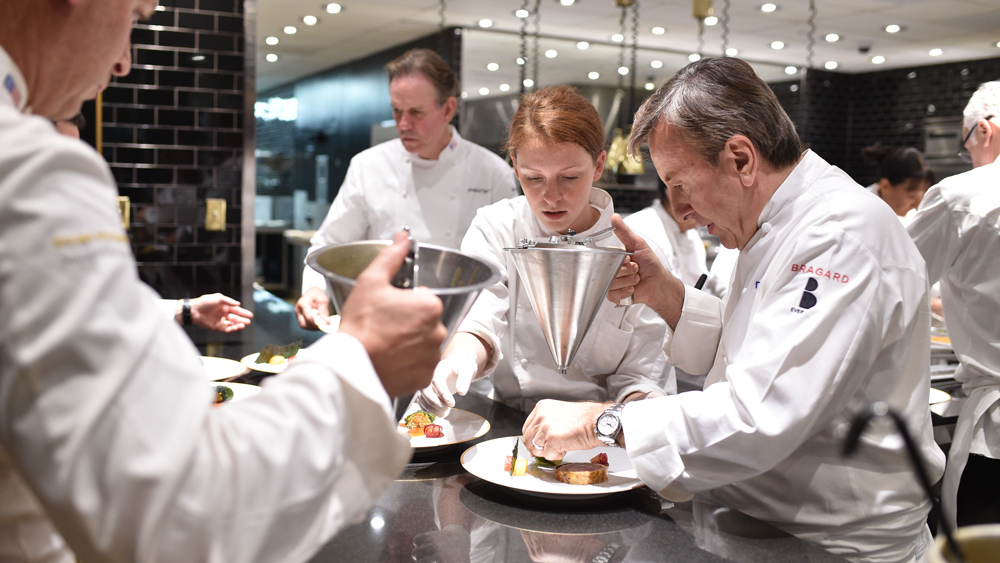 On Saturday night, a collection of the country’s best chefs gathered to cook a meal for a great cause. At Robb Report‘s Culinary Masters William Bradley of Michelin-starred Addison was joined in his kitchen by Thomas Keller, Daniel Boulud, Michelle Karr-Ueoka, Gavin Kaysen, Paul Bartolotta and Jérôme Bocuse to create a five-course gala dinner with an array of canapes. Their menu featured the finer things in life, from caviar to truffles to what Karr-Ueoka described as an “adult Twinkie.”

The chefs and dinners’ guests were there to benefit Ment’or, a foundation created by Boulud, Bocuse and Keller, after Jerome’s famous father, Paul, encouraged the trio to field a winning American team for the Olympics of cooking, the Bocuse d’Or. Under their tutelage, the U.S. took home its first-ever gold in 2017 in Lyon, but the mission of Ment’or has expanded to help young cooks progress in their career, by offering mentorship and grants. This year at the gala dinner the auctions raised more than $300,000 while the chefs showed off some culinary fireworks. Here are the courses that wowed the crowd.