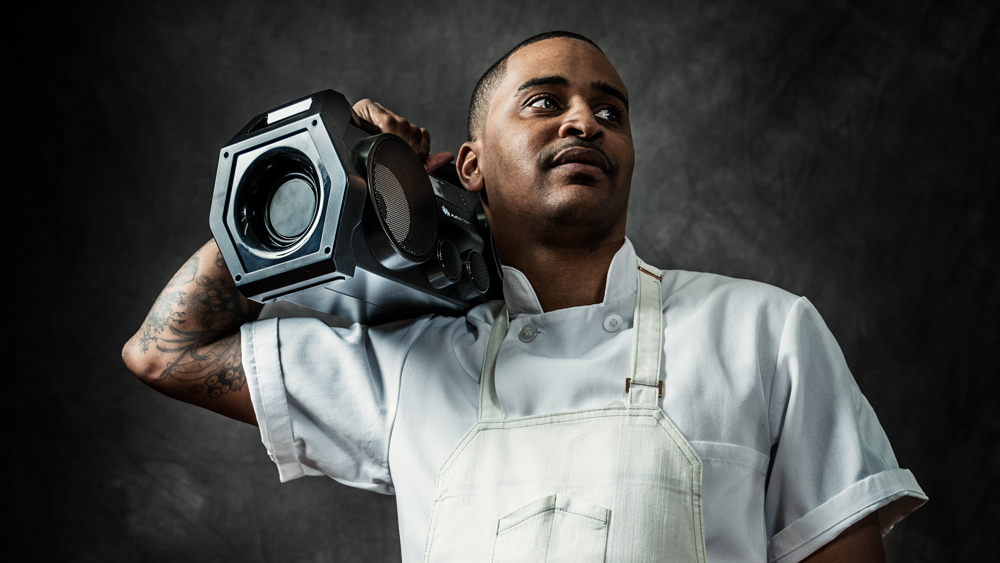 When chef JJ Johnson isn’t popping up at the U.S. Open, Sundance Film Festival, or the Food & Wine Classic in Aspen, he’s home in Harlem, spending time with his young family and running his new fast-casual concept, Fieldtrip.

Johnson broke out onto the national food scene in 2014 as the chef of Afro-Asian The Cecil. He was among the first of his culinary generation to explore what it means to make black food in America—work he continued at Henry at Life Hotel and in the James Beard Award-winning cookbook Between Harlem and Heaven, co-written with Alexander Smalls.

Johnson’s Fieldtrip specializes in delicious bowls made by a rice obsessive chef, who has worked to track down ancient West African rice cultivars and traveled to basmati fields in India. Fieldtrip’s menu features five varieties of the grain—red, Texas brown, Carolina gold, sticky and basmati—paired with proteins like braised beef, seafood gumbo and crispy chicken. Johnson weaves everything together with a global pantry. (His favorite bowl right now is shrimp, sticky rice, coconut and green curry.)

“You get perspective on foods from around the world,” says Johnson. “You’re really on a field trip.”

These days, Johnson spends much of his time above 59th Street—close to home and his business—and he recently gave Robb Report a list of his recommendations for diners lucky enough to venture north of Midtown Manhattan.