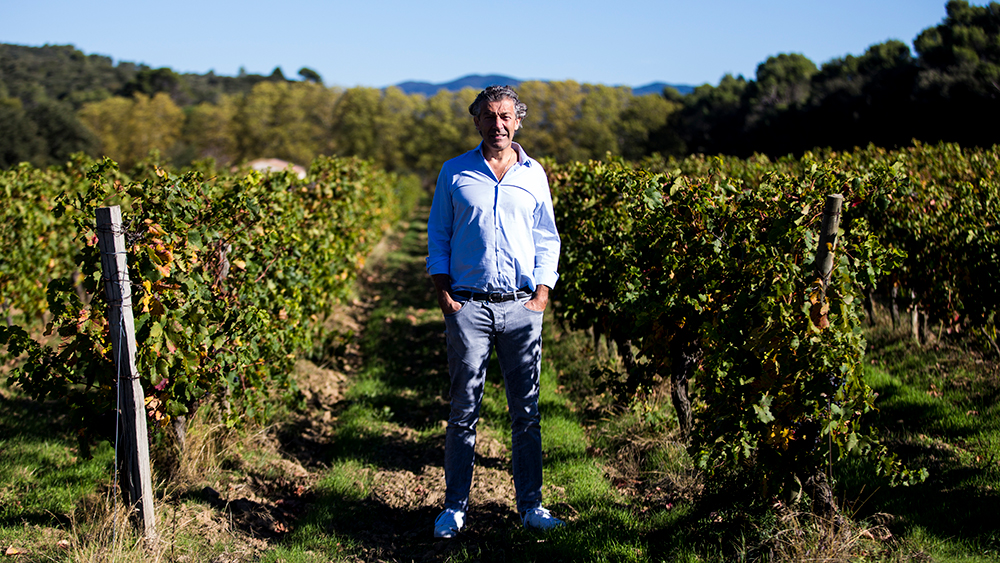 Stretching north from the Spanish border, around the arc of the Mediterranean Sea, southern France’s Languedoc-Roussillon is the largest winegrowing region in the world. Yet until the most recent few decades, wine connoisseurs worldwide would have been hard-pressed to name a single great grower or producer there. As wine maven Jancis Robinson, MW, (who describes the Languedoc as “Provence without the tourists”) explains, even though the region was the first in France to be introduced to winegrowing and making by the Romans (yes, that was a long time ago), “its modern reputation as a wine producer has been for quantity at the expense of quality.”

One man—Gérard Bertrand, a former professional rugby player—has been on a tear to change that. And as I’ve tasted my way across his portfolio, I can report that he has largely succeeded, and come by the distinction as one of the largest importers of Languedoc-Roussillon wines in the U.S. deservedly.

His devotion to rugby informs his life as a winemaker more than you’d think at first glance. “It’s all about determination,” says Bertrand simply. “Reaching your goals takes a lot of courage, determination, and dedication.” In fact, these are lessons he learned from his winemaking father, Georges Bertrand—along with the conviction that the place where he grew up could make much better wine than it had been. “My father was an innovator in a region that had given up on producing wines of excellence,” says Bertrand. “He knew that by aiming for the top, Languedoc-Roussillon would have the opportunity to express its exceptional terroir and would be able to impose itself as one of the leading regions of French wine.”

While the younger Bertrand’s deep dive into the world of winemaking came with harvest the year he was only 10, rugby held irresistible appeal and was the path he followed—until, sadly, in 1987 an accident took his father’s life. Bertrand didn’t hesitate to take over the management of the family’s Domaine de Villemajou, but he didn’t give up rugby yet either, staying on RC Narbonne in the south of France and eventually becoming caption of the Parisian team Stade Français. “I remember the time I spent in Paris in the 1990s,” he says, “when I was still balancing my rugby career with being a winemaker. After a lot of hard work looking for contacts, I managed to arrange a tasting at Domaine de Villemajou by the famous magazine Gault & Millau. Out of the 12 wines we presented, they selected 11.” And as he describes it, a clarity about the payoff of hard work extended for him from sport to wine, adopting the “audacity,” as he puts it, to never compromise on quality.

By all accounts, Bertrand continued his father’s work of convincing other winemakers in the region of the enormous potential of Languedoc-Roussillon wines, urging changes like reducing yields and picking later for greater ripeness. At the same time, he embarked on an ambitious—one might say audacious—series of vineyard acquisitions, beginning with Cigalus, where he made his family home. Gérard Bertrand Wines, the group he formed as the umbrella company for his brands, now encompasses 16 estates, including the much-acclaimed Château l’Hospitalet, whose 2017 Grand Vin Rouge was named Best Red Wine in the World at the International Wine Challenge Competition; Clos d’Ora, whose Minervois la Livinière single-vineyard red will set you back $250 now (if you can get your hands on it); and his newest, Clos du Temple, arguably the most serious rosé in the world (and inarguably the most expensive, at $175).

So many Gérard Bertrand Wines deserve attention, including both the white and red versions of Château l’Hospitalet La Clape Grand Vin. On the white side, the 2019 blend that includes Bourboulenc, Grenache Blanc, Vermentino, and Viognier is rich and textural but fresh and a little spicy—slightly honeyed stone fruit and Meyer lemon edged with a hint of almond. On the red, the 2018 blend of Syrah, Grenache, and Mourvèdre serves up an intense and spicy mix of dark cherry and berry against crushed rock. And what to do with a rosé that weighs in at $175? Revel in it. The Clos du Temple 2019 Languedoc Cabrières is both a sensual and an intellectual feast of rose petals on an ocean breeze, lemongrass behind white nectarine, weight and textural complexity with freshness. The list could go on.

Yet he’s not resting on his laurels. Bertrand has made a sweeping commitment to biodynamic farming, a system that goes well beyond organic methods, treating the land as a biodiverse ecosystem and employing not only all the natural elements in the soil and on the land, but also the forces at play in the cosmos. It’s an agricultural concept developed in the 1920s by Rudolf Steiner, who also promoted holistic health remedies. “I had been using homeopathic medicine myself for several years,” he explains, “and in the same way, I wanted to apply the principles of biodynamics to the vineyard.” He began trials in a small way at Domaine de Cigalus 20 years ago, and now all 16 Gérard Bertrand estates have converted or are on their way to being converted to biodynamics. He is, in fact, one of the the largest producer of biodynamic wines in the world. Ask him why go to all the trouble (biodynamics involves an intricate interplay of preparations, processes and timing), and he makes it clear that it’s more than just the right thing to do for the planet: “I am deeply convinced that a viticulture in respect of nature and biodiversity reveals all the subtlety and taste of the soil.” In other words, the purest expression of terroir.