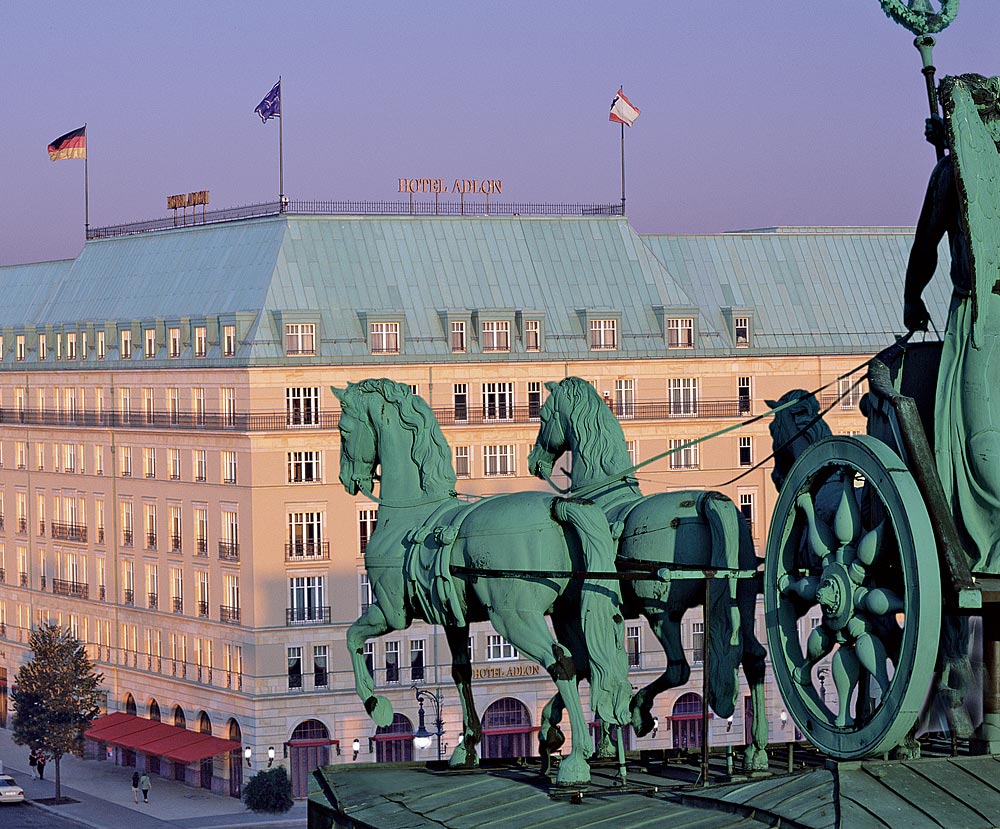 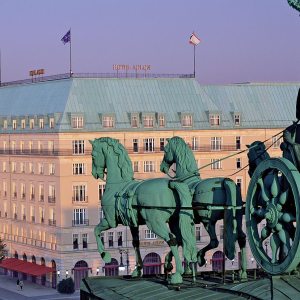 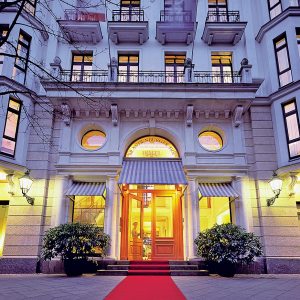 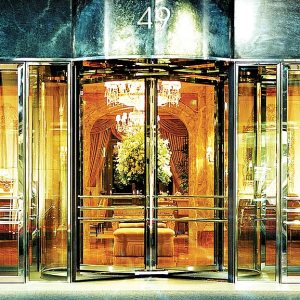 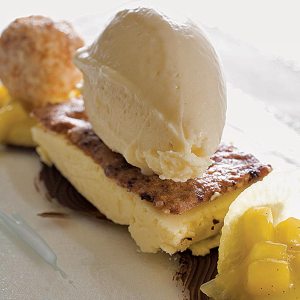 In these delicate times, the last thing anybody wants to do is stir up hard feelings between the French and the Germans, especially over something as evanescent as a matter of taste. But one has little choice when the Air France web site’s guide to Germany warns travelers: “This is truly a meat-and-potatoes kind of country. Though vegetarian and health-conscious restaurants are starting to sprout, it’s best to stop counting calories and cholesterol levels while in Germany. . . . Dinner is allegedly a lighter meal, but this can still mean a plate full of sausages and dumplings.”

Recent visitors to Berlin might argue that the French site could stand to be updated. After all, the city’s most talented young chefs and restaurateurs are ramping up on a trend they call New German Cuisine. “Organic foods are very big in Berlin at the moment, and it’s fashionable for young families to have their own Schrebergärten [gardens outside of town], where they grow their own fresh vegetables,” says Marco Müller, the 38-year-old chef of Berlin’s Michelin-starred Weinbar Rutz. Müller attributes the new cooking style in part to the fall of the Berlin Wall 19 years ago. “Berliners have become more attuned to the quality of life,” he explains, “especially where food and drink are concerned.”

Of course, this has not always been the case. Traditionally, most (if not all) of Germany’s prominent chefs served nothing resembling German food. As surely as these chefs loaded their wine cellars with vintages from Burgundy and Bordeaux, they piled béarnaise on their poissons and fromages on their carts. They could hardly have been more French if they had greeted the day whistling “La Marseillaise.”

“It used to be that a Berlin restaurant in the highest rank was expected to conform to the French paradigm,” says Müller. “We weren’t like Alsace or the Black Forest, with a long tradition in gourmet fare.”

According to another of Berlin’s top young chefs, this Gallic predilection is entirely justified. “When you think of German cuisine, you think of heavy, starchy foods, like dumplings, sausages, and potatoes,” says the German-born Dominik Ambros, 33, formerly of the California restaurant the French Laundry. Ambros now serves German dishes as the chef de cuisine at Restaurant Quarré in the Kempinski Hotel Adlon, which overlooks Berlin’s Brandenburg Gate. “This is more than cliché; it’s our history. This was our diet for several hundred years. It was a subsistence diet, and even so, people rarely got enough to eat. It was not like France, where the royal court was devoted to luxuries. In fact, there was no German court to speak of.”

Indeed, while France was subject to one monarch, Germany at the dawn of the 17th century was a mosaic of some 350 separate baronies, principalities, and bishoprics, most at odds—if not all-out war—with each other. The people’s lot did not improve with the advent of the Thirty Years’ War, which raged from 1618 to 1648 and sent almost every major European power marauding across Germany, their foraging soldiers denuding farmlands and forests as they went.

The German people made do with whatever was left over. “Delicacies were unknown,” says Ambros. “Due to our northerly location, our vegetables were winter crops—potatoes, cabbages, and tubers—that yielded just one harvest. Our meat was traditionally offal: basically the kidneys, lungs, spleen, intestines, and fatty pigs’ knuckles. These were cuts the chefs to the French court would have thrown away, but the Germans made them into a thousand different kinds of sausages and wursts. They didn’t really lend themselves to high cuisine.”

Meanwhile, just across the border to the west, the French aristocracy lived it up. With encouragement from Louis XIV, indulgence in the form of mistresses, caviar, and Champagne was raised to the level of art. The heroes of the French court included one chef, François Pierre de la Varenne, whose 1651 cookbook Le Cuisiner Français codified haute cuisine. Then in 1686, with the opening of Le Procope café in Paris, even the bourgeoisie began to enjoy such extravagances as sorbet, candied fruit, and the latest rage, coffee.

By the time the 18th century rolled around, the cultural schism between France and Germany had widened further. Eating and drinking among the French aristocracy had ceased to be merely pleasurable experiences; instead they had evolved into elaborate rituals that defined a courtly worldview and distinguished the nobility from the rising middle class.

In the wake of the French Revolution, showy dining fell from favor only briefly. Napoleonic France saw the rise of the world’s first celebrity chef, Antonin Carême, whose blue-chip clientele included such eminences as the Russian royal family, the Rothschilds, King George IV of England, and the French dictator himself. Later in that same century, French cuisine became an international phenomenon, as chef Georges-August Escoffier introduced his style of haute cuisine to the great hotels of Europe and America. And finally, the Michelin Guide came along in the 20th century, tempting motorists out onto the road in search of gastronomic adventure. So, says Ambros, it is little wonder that French cuisine has become synonymous with refinement, while the image of the German Küche remained stuck somewhere between the Dark Ages and Oktoberfest.

If the New German Cuisine was long in coming, it arrived just in time. “Berlin’s restaurants were getting boring,” says Stefan Hartmann, Berlin’s Master Chef of 2008 (as selected by a jury of Berlin restaurant critics) and the proprietor of an eponymous restaurant. “Over the years, they had lost their personality; they all served the same food. But now you see dishes on the menu that you never would have seen a few years ago.”

These dishes include such creations as Hartmann’s agnolotti—pasta stuffed with a mousse of goat cheese, prunes, and thyme, then topped with a vivid red-wine sauce—and his dessert of creamy poppy-seed mousse and mint gelée. But however exciting the dishes that stream from his kitchen may be, Hartmann insists that the most dynamic aspect about Germany’s new cuisine is the people who are creating it. “We are all young, and we are all friends,” says the 31-year-old restaurateur, who often travels with fellow chefs in search of new ideas to take back to their kitchens. “Journalists are always trying to classify what we do—this is French, that is German, and this is Italian. But we’re all changing. Who knows what our cuisine will look like by the time we are done experimenting?”

Nitschke’s enthusiasm is warranted, given that the luxury hotel (formerly the Four Seasons) has not always been known for its German cuisine. “When I took over the hotel, I decided the trick was to find the right chef,” he says. He found exactly what he was looking for in Christian Lohse, who sports Germany’s traditional black chef’s apron instead of the French white. “I knew that with the reunification, Berlin would be the capital of a new style of German cuisine,” says Lohse. “I wanted to be part of that change.”

Since Fischers Fritz opened in 2005, Lohse, now 41, has made the restaurant famous worldwide for such seafood dishes as leek cannelloni with iced crab and black vinaigrette of squid, and fillet of red mullet with potato puree and saffron-shellfish sauce. The chef has also surpassed every other restaurant in Berlin, says Nitschke, winning two Michelin stars with a distinctively German menu. “There is nothing on our menu that is French,” asserts Nitschke—although, when pressed, he admits to having a few French wines and maybe some French chicken stock. “But otherwise, we’re 90 percent German.”

At Müller’s Weinbar Rutz, this German culinary trend takes a fresh turn: Dishes include marinated tartar with cauliflower salad and sorbet of cucumbers and apples. German influences predominate on the wine list, as well. The restaurant’s cellar, for instance, contains a selection of 1,001 labels, the majority of them German. “The reds have improved incredibly over the past 20 years,” says Müller. “My clientele are always surprised to see how much they like them—even the French like them.”

In fact, according to Markus Otto Graf, the 41-year-old general manager of central Berlin’s Brandenburger Hof Hotel, the country’s best wines are now more German than ever. As of 2002, when a new wine law went into effect, Germany has a designation (or, more precisely, three designations: Grosses Gewächs, Erstes Gewächs, and Erste Lage) to rival the French Premier and Grand Crus. With any luck, oenophiles the world over will soon be calling for a Grosses Gewächs Spätburgunder or an Erstes Gewächs Gewürztraminer instead of a Château this-or-that.

But one wonders: When it comes to the food served at Brandenburger Hof’s Michelin-starred Die Quadriga restaurant, what exactly separates New German from Old French?

“There are countless differences of nuance,” says Graf, “but basically, fine German cuisine is not as rich as French, and our sauces are not as creamy and buttery.” Not surprisingly, the Germans also use more cabbage, sauerkraut, wild mushrooms, and root vegetables like turnips and potatoes. “Their flavors go very well with German wines,” says Graf. “For the first time, we have separated ourselves from the traditions of the French. Finally a German restaurant can call itself a German restaurant.”