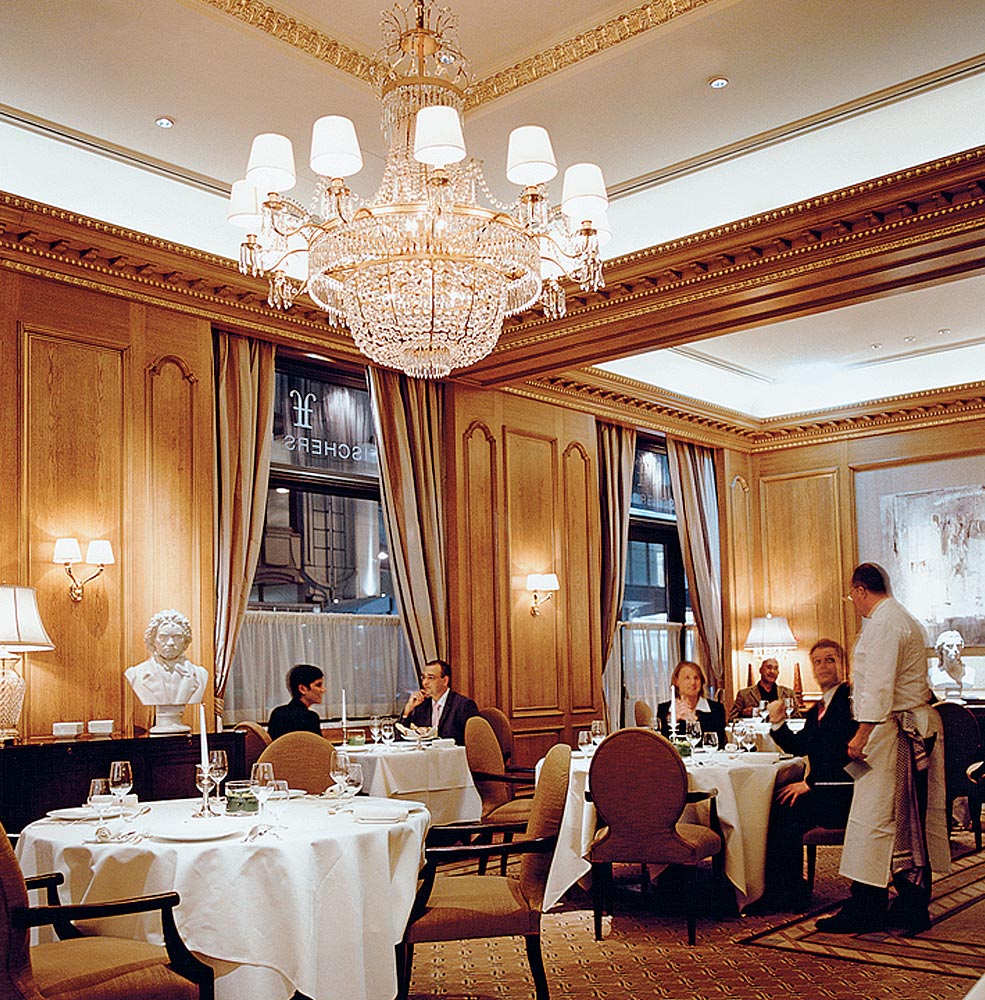 Fischers Fritz: The only two-Michelin-star restaurant in Berlin, Fischers Fritz is located in the Regent Berlin hotel and has been operating under its current name since 2005. Based on a classic German tongue twister, the name was meant to evoke exclusivity, which the highly creative and decidedly German menu delivers in spades. +49.30.20.33.63.63, www.fischersfritzberlin.com

Hartmanns: Experimentation is a critical element for chef Stefan Hartmann, whose restaurant opened in early 2007. His cuisine could be described as German, though his menus reflect numerous international influences. +49.30.61.20.10.03, www.hartmanns-restaurant.de

Lorenz Adlon: Though this restaurant, located in the Kempinski Hotel Adlon, focuses on classic French haute cuisine, it features a large selection of German wines. Updated classics include seared frog’s leg and sesame-glazed sot-l’y-laisse (also known as chicken oysters), which combines two bits of meat from the back of a chicken with white onion puree, cacao, and chili. +49.30.22.61.19.60, www.hotel-adlon.de

Quarré: Also located in the Kempinski Hotel Adlon, Quarré takes a more regional approach to its menu than its patently French counterpart, serving such regional dishes as an appetizer of fallow-deer crépinette with forest mushrooms and cranberry vinaigrette, or a main dish that consists of whole roasted duck breast served at the table with Napa cabbage, red cabbage, chestnuts, and dumplings. +49.30.22.61.17.23, www.hotel-adlon.de

Vau: This establishment, set in Berlin’s rebuilt Mitte district, received a Michelin star the year after it opened. Head chef Kolja Kleeberg employs fresh, seasonal (and, whenever possible, local) ingredients to craft such dishes as liquid-goose-liver fagottini with chanterelles and beans. +49.30.20.29.73.0, www.vau-berlin.de

Weinbar Rutz: A selection of 1,001 wines complements a menu that includes main courses like roasted saddle of Limousin lamb with garden beans, okra, and a honey-lavender sauce, and crisp red mullet with an avocado cassoulet and pepper-raspberry ice cream. +49.30.24.62.87.60, www.weinbar-rutz.de