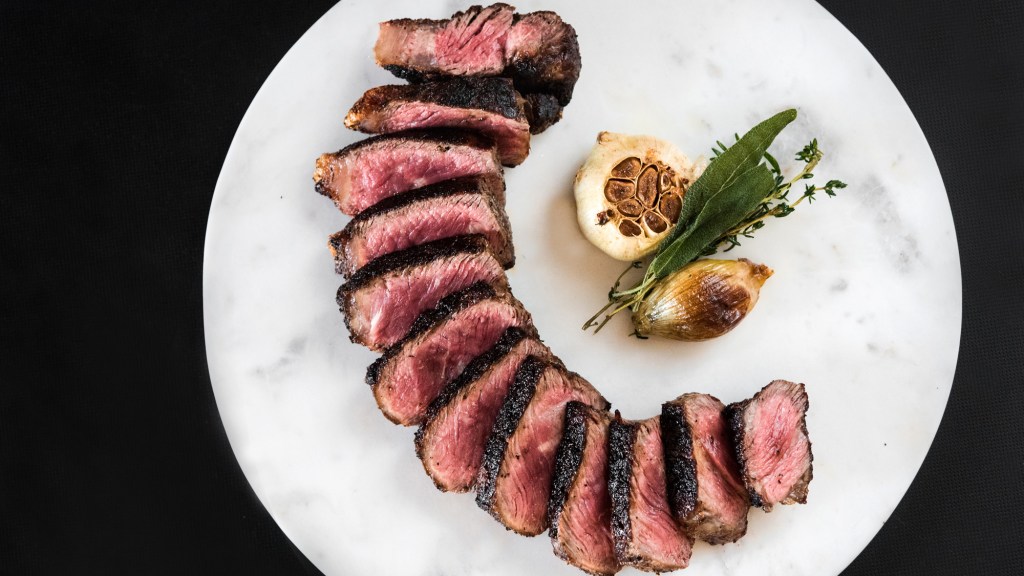 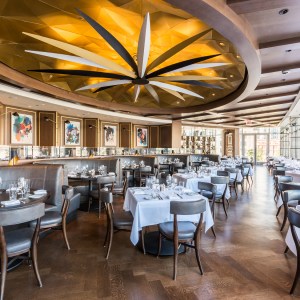 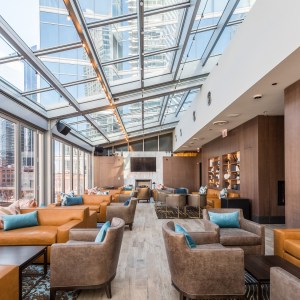 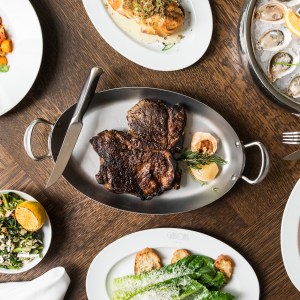 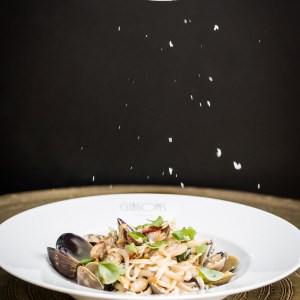 For more than a century, Chicago was the heart of American meatpacking. It was home to the Union Stockyards, which moved almost nine million pounds of meat per day, and Chicagoan Gustavus Swift’s company developed the refrigerated railroad car. The upshot of some of the best meat in the country passing through the Windy City was the popularization of the city’s steakhouse.

To this day, there are dozens of steakhouses across Chicago, and for the last three decades, one of the city’s standard bearers has been Gibsons. It’s the classic Chicago steakhouse where you can get your old-school iceberg wedge salad alongside a 48-oz porterhouse.

But Chicago is no longer a city with an economy built upon stockyards. While they still love their steak, diners in the city have moved beyond their reputation of just wanting meat and potatoes. So it is in this new Chicago that the family-owned Gibsons, on Monday, opened its first new restaurant in the city in 12 years. Gibsons Italia will be a modern interpretation of a steakhouse, complete with an Italian accent.

Inside a space that’s a little brighter and airier than the clubby Gibsons, you’ll be able to order the 22-oz rib eyes you’d expect—but there will also be grass-fed Australian beef, Japanese Kobe, house-made pastas, meatballs, shellfish, crudo, and risotto crafted from 7-year-aged rice sourced from Italy.

“It’s a little more communal. The portion sizes at Gibsons Steakhouse—the steaks and sides—are big,” says Liz Lombardo Stark, partner at Gibsons Restaurant Group and daughter of cofounder Steve Lombardo. “Here we have steaks that come out sliced to share.”

The new place also overlooks a newer part of town. While the Chicago River has long been vital to the city, the banks of the waterway around downtown has undergone a major face-lift this decade. With the redevelopment of the Riverwalk, on a sunny evening in the city you’ll see people streaming out of their offices to gather at riverfront cafés and bars. There, Chicagoans lounge on steps abutting the water to sip rosé and share snacks while watching boats glide by.

The multistory Gibsons is perched above the action, looking down the fork of the river. “It’s what attracted us to the space,” Stark says. “The views are incredible.” On the second floor of the building is the bar, with room for 135 people. One floor above is the dining room, and on the roof there’s a private dining space that will be open for cocktails after the snow thaws in spring.

Despite all the new bells and whistles, some of the old-school ethos remains with Gibsons Italia. The restaurant will serve Gibsons Prime Angus steaks that are USDA-certified—a distinction the group sought and obtained because it was so particular about the meat it sourced.

“We track the meat that we use from the cow to the table. We have our own specifications, and we source from specific farms in the upper Midwest,” Stark says. “We’re the only one to go to these lengths to get the certification and then follow up to track the meat. Knowing where our product comes from, from start to finish, is really important to us.”